My training schedule for March was shelved in favour of some serious recovery time. Up until this week the only time I had run outside of the parkrun environment was on my birthday as I had signed up for the 'go for a run on your birthday' challenge on the tribesports website. This week I decided to drop in a short mid-week run, so on wednesday I went for the run and felt good. I took the next two days as rest days.

Carlos joined me for the walk/jog warm-up thingy between race HQ and the start line. In the photo, I look like I'm talking to someone on the phone. I'm not. 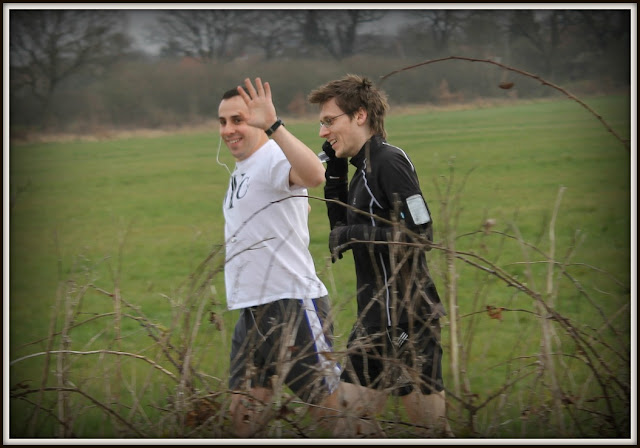 My viral infection was still hanging around, although by the time the weekend came I was starting to feel a little better.Then when I turned up at the downs there were notices about the fields being sprayed with pesticides - Just the thing I need right now! 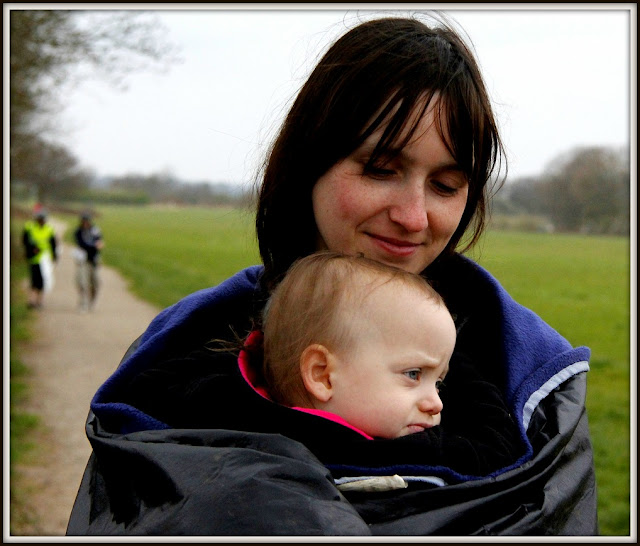 The temperature was a bit cooler than last week and the skies were overcast. The conditions were actually quite good for running. Saying that, I did feel the need to slip my gloves on. The ladies kept themselves warm while I was away with a big rug-type thing that was hanging around at the registration desk. 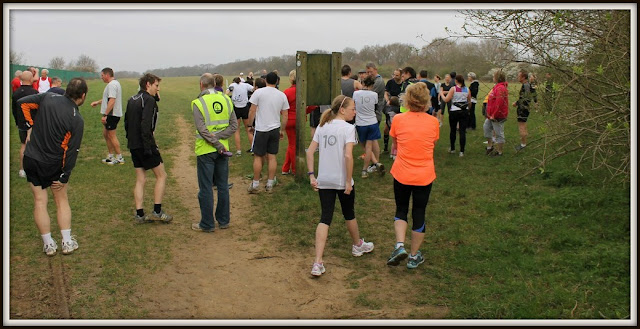 I didn't have to start the day with a panic run to the start line, which made a nice change. I actually had time for a quick natter with Chris 'the half-marathon junkie' before the start of the race. 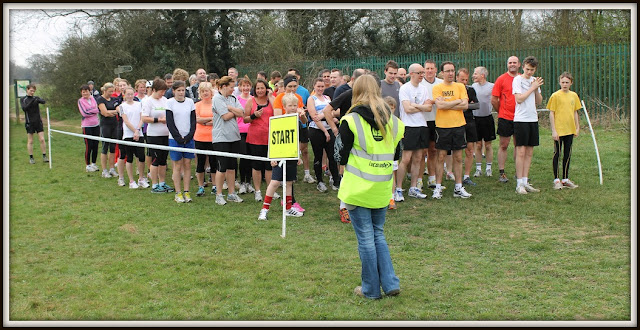 At 9 o'clock sharp the runners were called to the start funnel by this week's run director, Jenny, who jazzed up the pre-run announcements with some of her theatrical talents! From the back of the pack I started my GPS tracking and at the very moment she said 'go' I hit the start button on my stop watch. 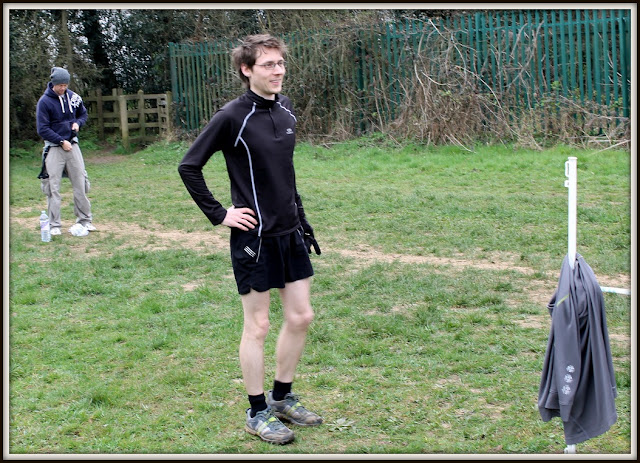 I wasn't sure if I was going to push hard or take it easy, I left that down to the running gods. By the time I had reached the first kilometre point, I had filtered through the pack and got myself into a comfortable position. I noticed that I had some music playing in my head. It was 'the suburbs' by Arcade Fire, from the album of the same name, which I have been listening to on a daily basis for the last week or so. 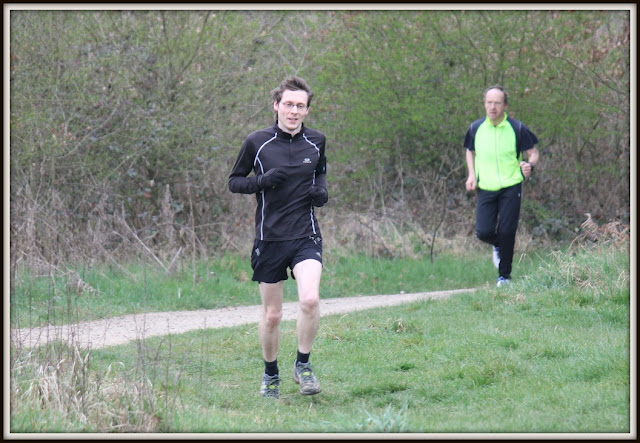 I had a couple of brief friendly words in the early stages of the run, but I was working hard and didn't have enough puff to sustain a real conversation. Pete was the official photographer today and, as always, made sure I had a nice selection of photos to use for the blog. Thanks. 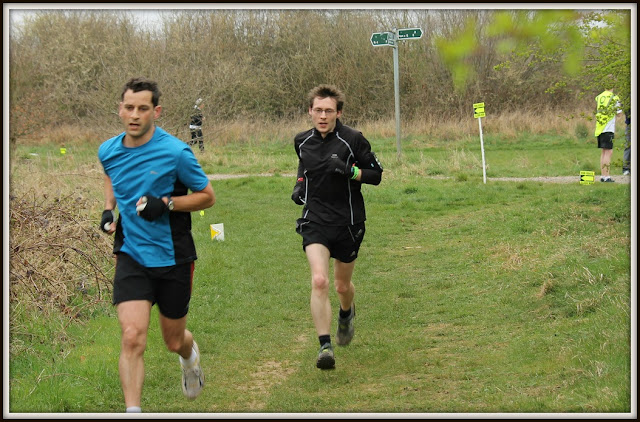 I pushed a little harder than I had been doing recently and it ended up being my fastest time for March, plus my third fastest for the year. I still didn't feel like I was racing, but I wasn't far off. My finish time was 21:32. It's quite encouraging to know that I am still able to run a time like this even though I am not really training at the moment. 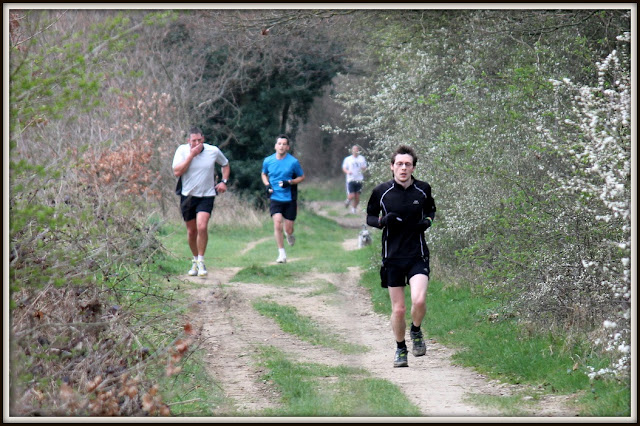 Next week's parkrun is another special one for me. I won't say exactly what the reason is, but it does have something to do with my love of streaks. It's not that great so don't be expecting anything groundbreaking! 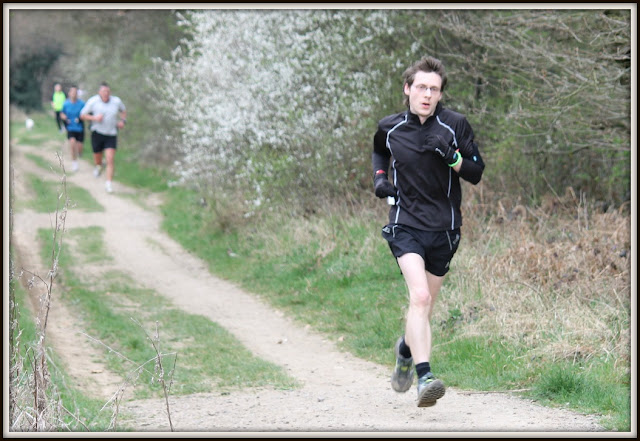 We had a bit of a strange situation at the good companions pub afterwards. They were closed and a new guy was inside preparing for the day. He knew nothing of the arrangement we had in place and we were basically sent away. Plan B came into operation and we ended up driving down to the horseshoe. It also wasn't open, but they were prepared to let us in and supply us with some much needed coffee! 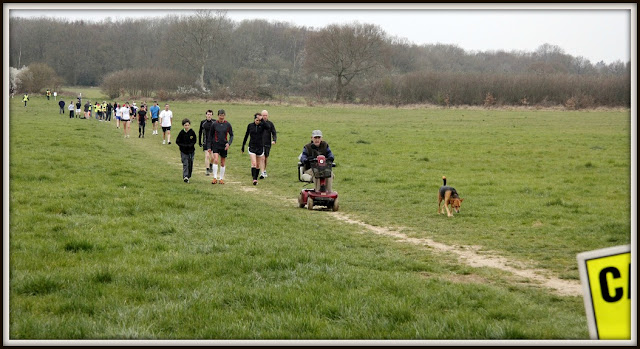 Oh, then I agreed to write the official Riddlesdown report on 14 April. I'm already starting to panic!