I found out about this event by pure chance when the wife spotted a flyer while sitting in a cafe having some lunch in Dartford. It was a two hour charity bike ride around the Brands Hatch circuit and took place on a Friday evening in September (the thirteenth to be precise!). 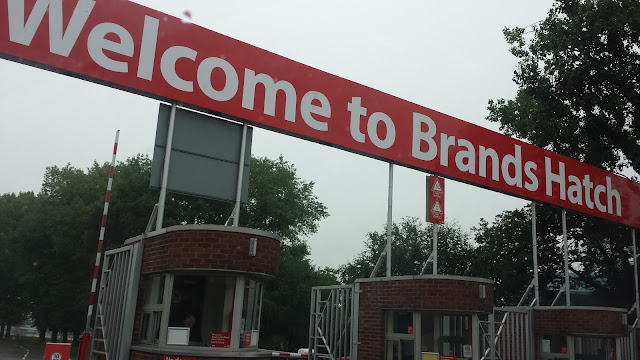 Considering my love of parkrun, I was a tad aprehensive about taking part in an event on a Friday evening, but I considered it for a while and figured that because it was a cycling event, it wouldn't carry too much risk of missing the following morning's parkrun (I didn't miss it btw). 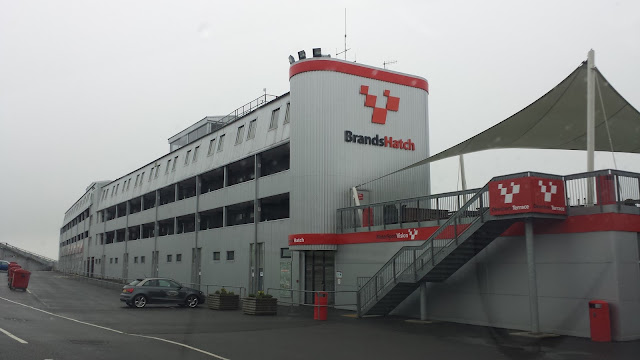 Registration was of the old fashioned variety - Fill in a form and send it to the charity, who by the way were Action for Children. Once registered I set up a fundraising page, which is still open for donations by the way, and let everyone know about the 'how many laps' competition! The entries for this competition were; 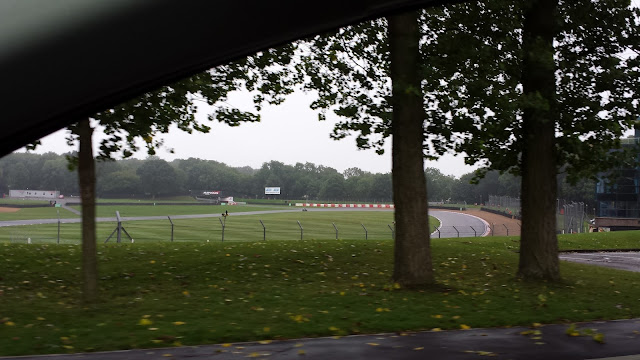 I arranged to work half-day on the day of the event and arrived at Brands Hatch in good time to sign in at the Kentagon bar-restaurant, attach my number to my shirt, give the bike a once over and pose for some photos. Also quite good was that there were some motorbikes out on the track so we had a little time to watch some action before the start of the ride. 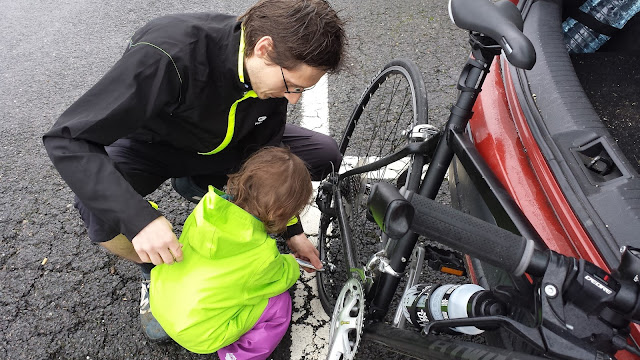 The weather had not been kind and it had been raining before the event - leaving the track wet, and there was rain forecast throughout the ride with it forecast to be heavier towards the end. We sat in the car to avoid the light rain for as long as possible. 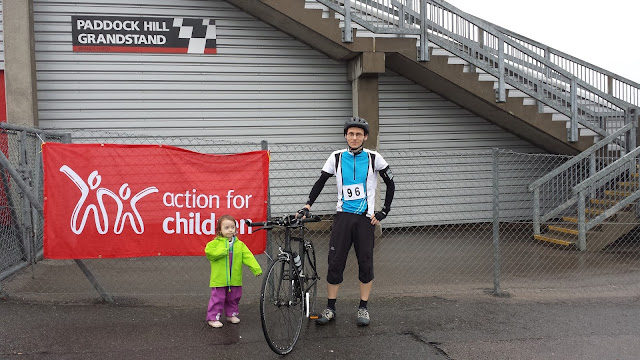 Just before 5.30pm all the cyclists were allowed onto the track and to form up on the starting grid. After a brief few words we were sent on our way (we got the full treatment as the starting light sequence was used to start off the ride!). 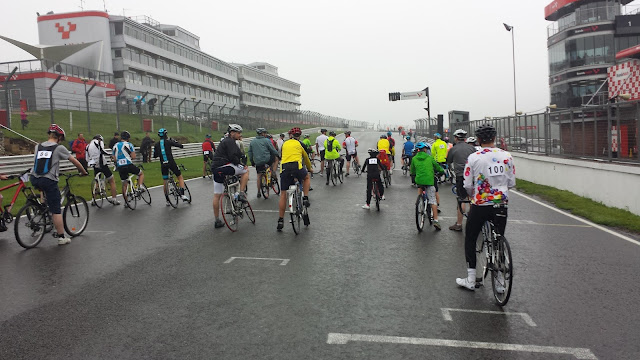 We were using the short version of the track, which is 1.2 miles (or 1.9 kilometres). Brands Hatch track has very little in the way of flat sections, so you are either pumping your way up an incline or whizzing down one! 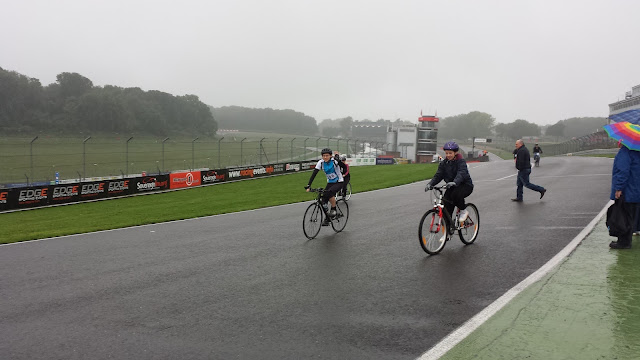 The ride started on the Brabham Straight, which is gently uphill and is where the supporters were gathered. At the end of the straight the course turns right and sent us flying down Paddock Hill - I have to be honest here and admit that I used the brakes on every single lap here - maybe I would have been braver if it had been dry. 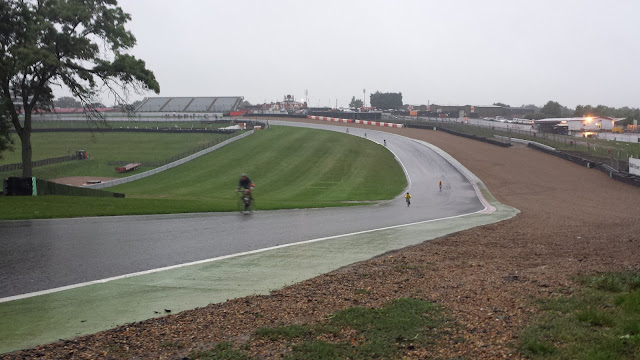 Once at the bottom of Paddock Hill you immediately have to negotiate the steepest section of the course - Hailwoods Hill, when you eventually reach the top of the hill, you turn right around the famous 'Druids' corner and then down Graham Hill - This was a fun down hill stretch and I got more confident as the ride went on, eventually I was taking the whole section and the corner without touching the brake. 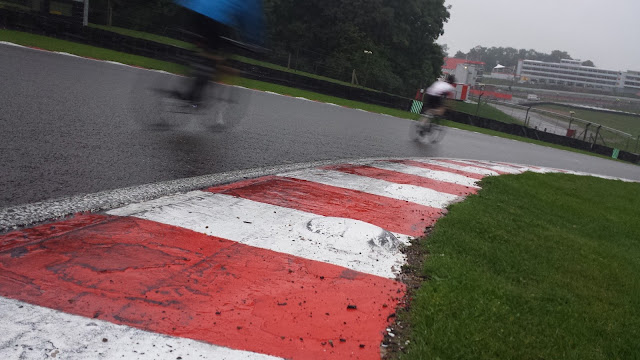 Next up was a gentle incline along Cooper straight, into the Surtees left hander and then as the incline gets steeper and reached the highest point of the track, Clearways, and then around Clark Curve which, after the apex, provides some relief as the next downhill section appears. 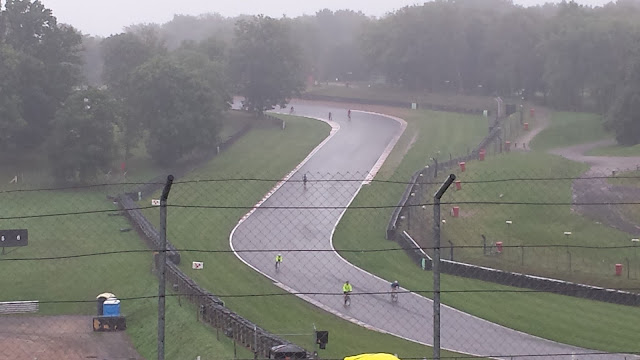 This leads back into Brabham Straight, where it back to the gentle incline until reaching the start/finish point and doing it all over again. 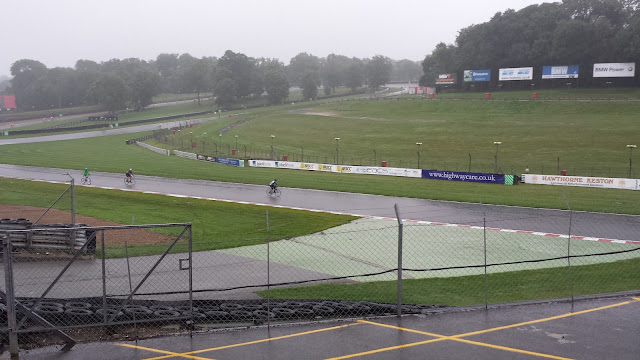 The course is really quite technical - I found myself changing gears on around eight seperate occasions on every lap. It took a few laps to work out the best gears for each incline, and sometimes I'd get it slightly wrong and suffer all the way up! 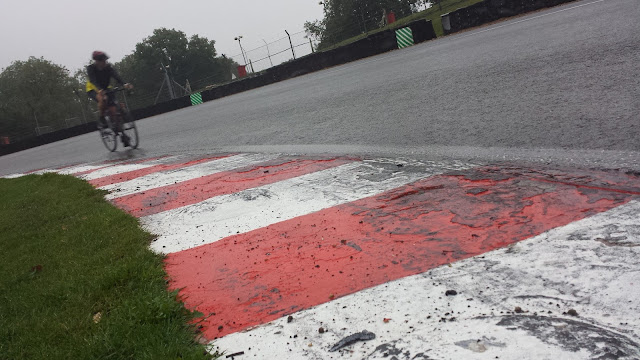 So, about the rain. It was fairly light for the first hour of the ride, although when at speed on the downhill parts it actually felt like it was raining quite heavy. By the end of lap one I was completely soaked through. Half way around the second lap I removed my glasses because I could not see anything with them on. 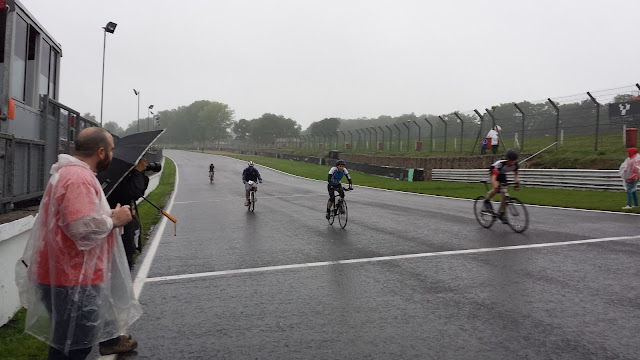 My low point was probably at around 1 hour and 20 minute mark - It still felt like there was a long way to go, some riders had given up and at times it felt pretty lonely out there. Still I just kept the pedals turning and started to feel better - until the rain got heavier and the daylight disappeared. I was fine on the uphill sections, but when going down hill I was so so cold. 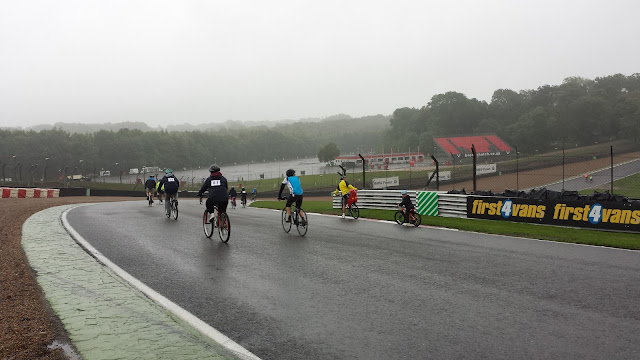 Finally at 7.25pm I got the signal that I only had one lap remaining, so I put the last of my energy into that last lap and was very happy when I reached the end and saw the wife and toddler waiting for me. The wife took my bike and sent me off to the Kentagon to sign out. 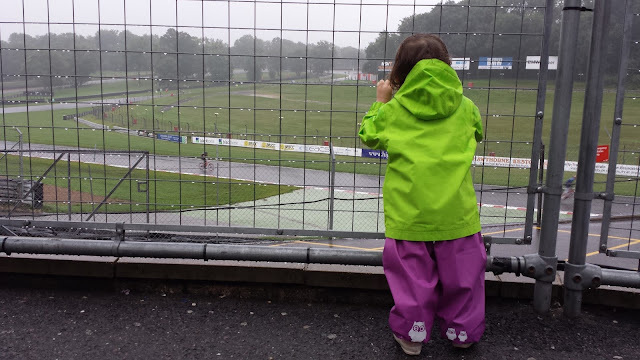 When I arrived in the Kentagon, I was a shivering wreck and was having trouble making sense out of everything. I think I chatted to the Action for Children ladies at the registration desk, but I may have imagined that. What I do know is that someone had put a medal around my neck and I somehow ended up with a bottle of water in my hand. 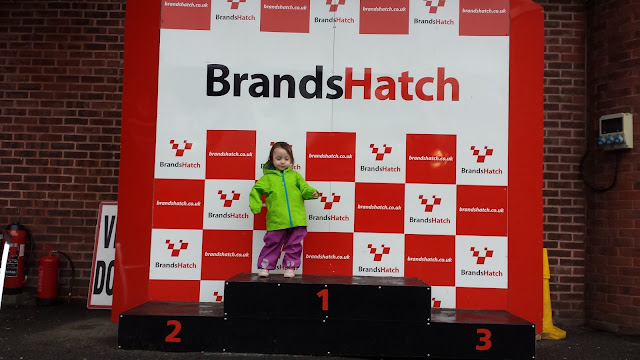 I headed back to the car where the wife instructed me to remove my wet clothes and put on something dry - I never would have thought of that if I was by myself. She then told me about what they got up to while I was cycling - tales of their visits to the pit lane and the VIP suite, which was warm and dry, plus they had episodes of Top Gear running in the background. Alright for some! 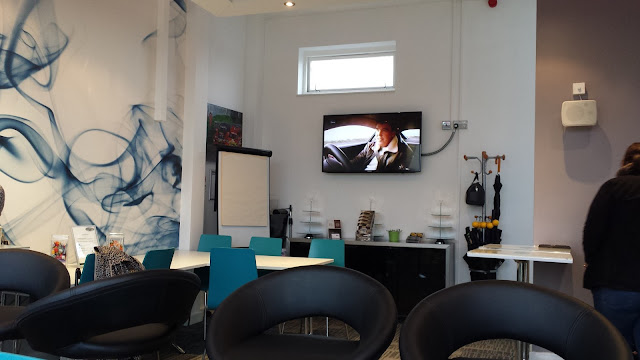 Once we had the heaters on in the car, I started to feel somewhere near my usual self so we made the journey back home in the rain, but not before stopping at the Indian take-away to pick up a well deserved meal! 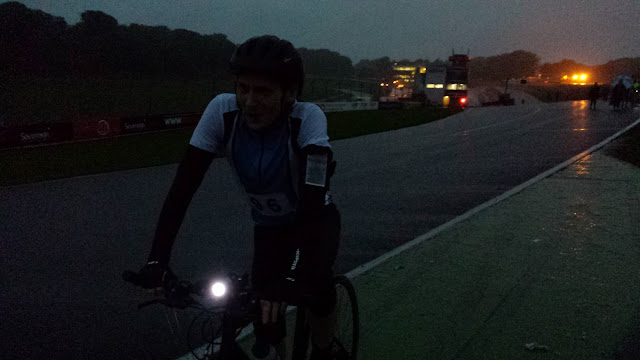 The next day I was able to work out how many laps I did - It was 20. That's 38.7 kilometres (24.04 miles) and 736 metres of elevation. Clearly I am not meeting the performance expectations of my parents! So the winner of the 'how many laps' competition was my brother-in-law, Mathias. Congratulations! 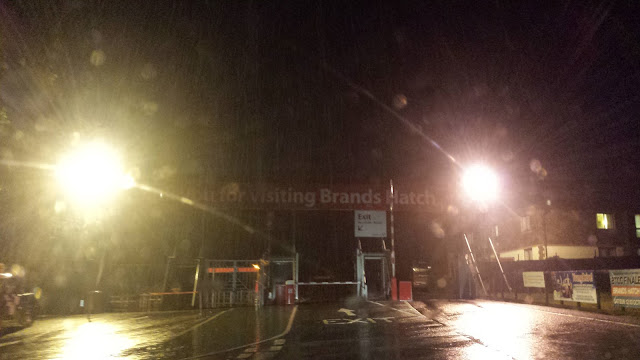 I'd just like to thank everyone that sponsored me and I'd like to especially thank my wife and daughter for dealing with my constant need to enter these events and the inevitable standing around that ones supporters have to endure!
Posted by copy7t at 18:20