The Dartford Bridge 10k race takes place in the new development called 'The Bridge' on the south side of Dartford Bridge, in Dartford. 2013 was the third running of this race and the second time I had entered it - On the other occasion I had pulled out.

'The Bridge' development is set in 80 acres of open public space and when the whole development is complete, will offer 1,500 new homes and 1.8 million sq ft of commercial space. It is Europe's largest area of regeneration. 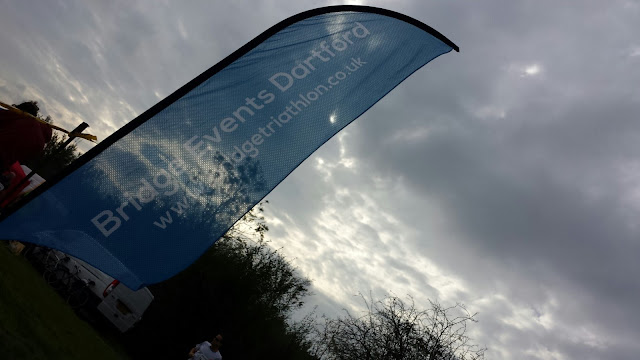 Race number (together with combined timing chip) were available at the race HQ for collection upon arrival. As we live so close to this race, I cycled down to pick up mine as part of my warm up session.

Upon arrival at the venue, vehicles follow signs to the car park, which is in Littlebrook Power Station. We didn't actually park in the official car park. Instead we parked on the other side of the Bob Dunn Way - which is a stretch of road that separates the new development from the established parts of Dartford. 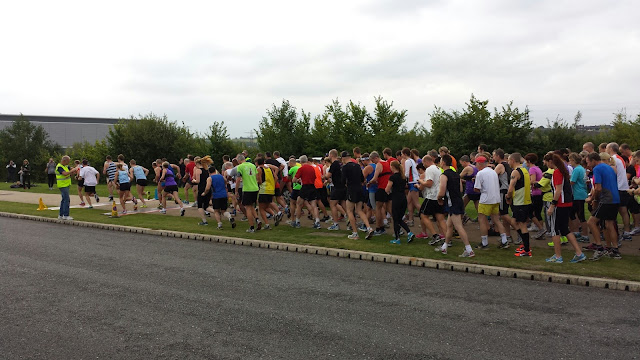 As race time approached, the runners congregated at the race HQ (also the finish) before being ushered 150 metres down the road for the start, which was at 10am sharp. I lined up quite close to the front because this was to be a pb attempt and didn't want to get caught in the crowds as I so often end up doing.

My 10k personal best of 42.07 was set at the Staplehurst 10k back in 2011. so my plan for my pb attempt was set out as follows;
The course is flat and all on tarmac. It is run mostly on the wide shared-use pavements, with only the odd section on the roads themselves. There's not really any traffic because most of the roads are not really in use for anything at this stage as the area has only been part-developed. 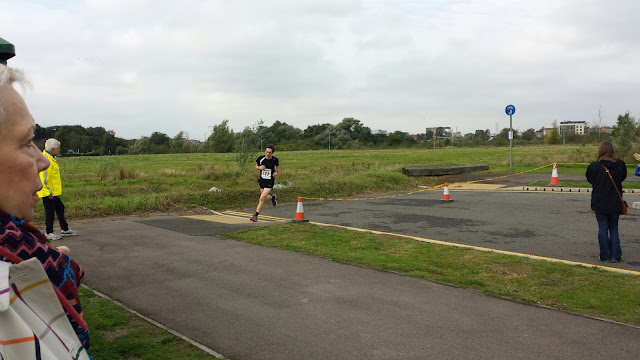 It is made up of a short start section, which then joins a main loop. You run this loop two-and-bit times in a clockwise direction before breaking off and entering the finishing section. Apart from a couple of lakes and grassland, there's not anything particularly interesting to look at around the course and it just feels like being out for a training run.

However the course is well marked and there are marshals at all of the road crossings and other crucial points around the course. There are also km markers at the relevant places all around the course. Some sections of the course suffered from a head wind so it was a bit tough at times. There were a few pockets of people supporting the runners and I was grateful for their encouragement. 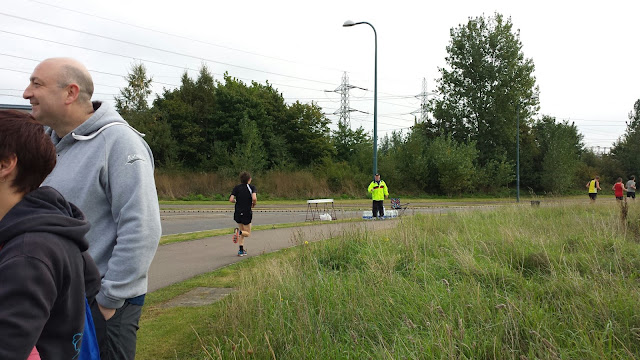 Anyway, my personal best attempt - I hit the 1km marker in 4 minutes flat, which was a little fast so I eased off ever so slightly and put in three consecutive 4.11 kilometres. As I approached the 5 kilometre marker I was avoiding looking at my stopwatch until the very last moment, so when I passed it I was pleased to see that it said 21.04 - Almost spot on!

However, if I maintained that overall pace for the rest of the race I would end up 1 second outside my personal best. So now the race was on - Me2013 vs Me2011. I couldn't care less what finishing position I finished in or if I was out-sprinted at the very end. 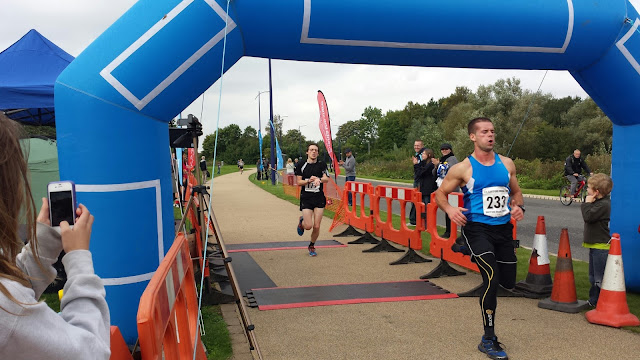 I increased my pace by 1 second-per-kilometre until I hit the 9km point and decided to push that little bit more. Before I knew it I had reached the point in the loop where I would peel off and head for home. I could see the finish line in the distance and then I could hear music playing. Then the crowd started getting a little excited..

As I entered the finish funnel I had no idea that I and the runner behind me were giving the crowd their first real bit of excitement of the day. He was sprinting furiously behind me as I had my eyes focused on the clock at the finish, so when he just pipped me at the line I suddenly realised why the crowd had been so vocal as I was approaching! 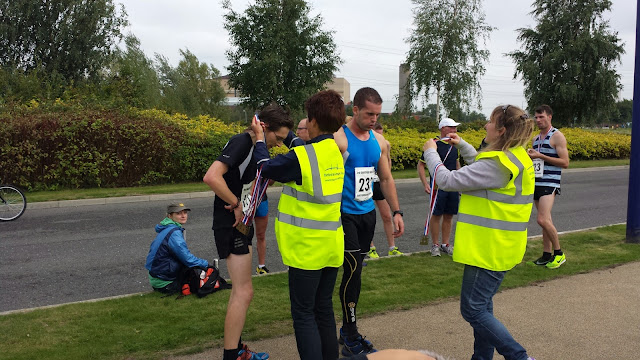 So I crossed the line and had my medal put around my neck. My supporters came and found me and told me that there were free things for me at the race HQ area, so I wandered over and picked up a banana, a twix, a bag of crisps and a cup of water. As I currently eat only raw foods for breakfast these days the banana and water were quickly consumed while the rest would have to wait until later.

A few minutes later the first set of official timings were printed and stuck on a notice board. 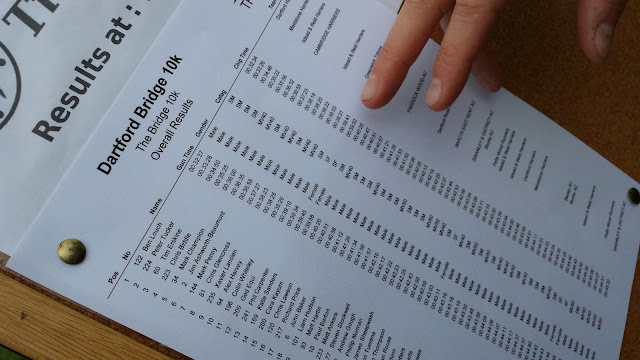 Of course, the chip timing is what I use for my own records. So it was a new personal best by a whopping 17 seconds! I managed 5k splits of 21.04 and 20.46 - Always nice to run a negative split race. 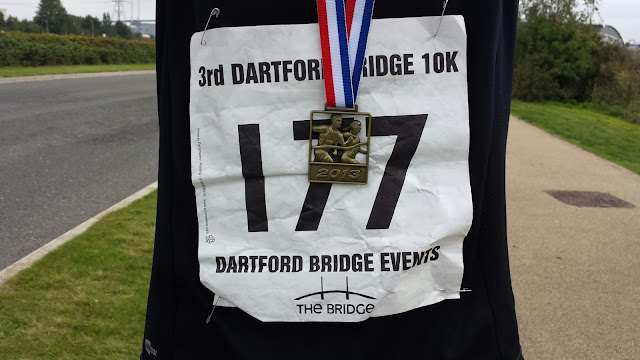 Overall it was a good, flat 10k race and if you're looking to test yourself at the distance, it is a good course. You won't be blown away by the views (unless you like building sites, power stations and superstore depots) but you might just be able to knock out a fast time and walk away with a big cheesy grin all over your face!

Updated to add the link to the official results and also a snapshot of my kilometre splits. Finally a huge thanks to Mrs7t and Lime for coming down to support me and for taking the photos for the blog.