2012 was the third consecutive year that I had entered this race. It's not that I especially like themed races, but for some reason I keep coming back to this one. The first time I ran it was my second ever race, the second time I was nursing injury. This time I was feeling fit and ready to put in maximum effort. The only goal I had set for myself was that I wanted to beat my course personal best - 22:07. 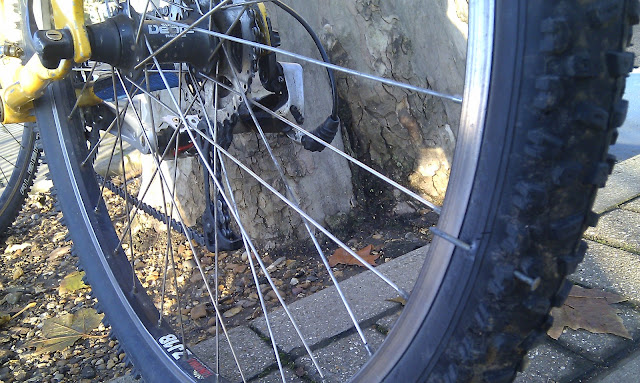 The day started with a cycle ride from Westminster to Battersea Park. Unfortunately I rode over a huge nail on the way to the park and ended up pushing the bike the rest of the way.

I picked up my race number and timing chip thingy and wandered around waiting for Terry ( @rencestar ) to appear and before I knew it he was calling over to me. He had arrived with his sons and were all ready for a good morning out in the park. 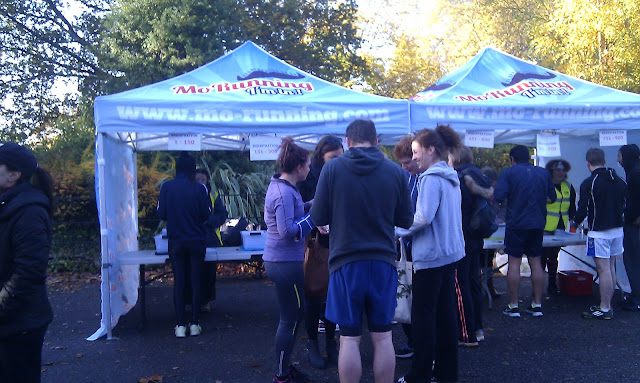 Strangely, I actually found myself partially joining in with the mass warm-up. The race kicked off at 10am with me and Terry lining up at the very front - we were both very keen to run our best times.

I set off just behind the lead pack. As I had started right at the front, a few faster runners came past me during the first lap. I kept my pace even and focused on doing my best rather than trying to keep up with those around me. 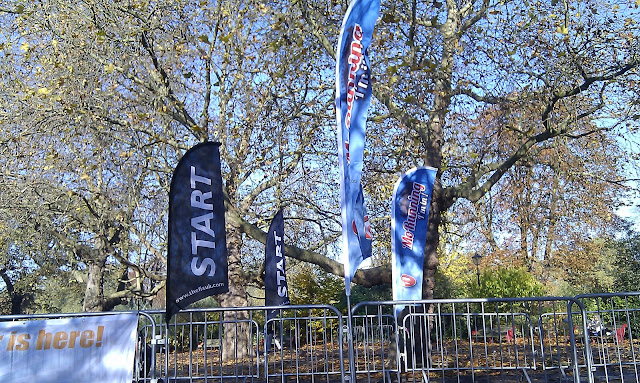 My supporters were taking public transport to the park and hadn't arrived by race start time. However, they did turn up to see me run past the half-way point. I didn't see them but apparently I looked like I was pushing hard (gasping and looking like death). As I passed this point I checked my stopwatch - 10 minutes dead.

During the second lap I started to reel in some of those that had overtaken me earlier in the race. I reached the 3km point - my time was just a smidgin under 12 minutes. I had no idea if I could sustain this pace until the end. 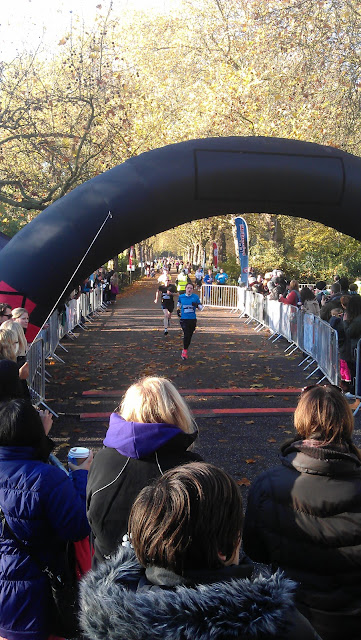 Just after I passed the 4km marker I checked the watch again - 16 minutes. As I entered the final 300 metre straight I avoided looking down at my stopwatch for fear of being distracted. I knew I was running a pace that would bring me home in around 20 minutes but would I be able to squeeze in just under that magical mark?

As I crossed the line I hoped that I was under 20 minutes but was too exhausted to check. Then I was handed my medal and proceeded down the finish chute and picked up a foil wrapping and then made a bee line for the people handing out bottles of coconut water - it's an acquired taste but is one of the best drinks for replenishing electrolytes. 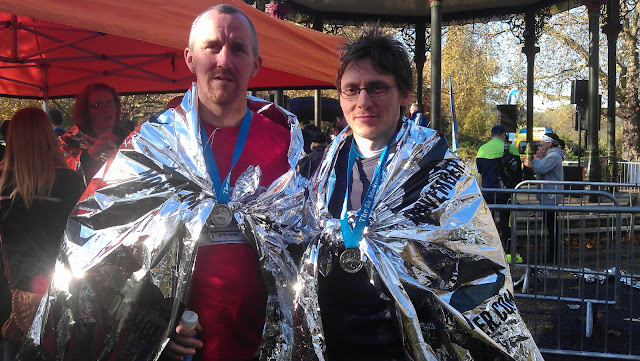 Only then did I check my phone to see what the gps said about my run - but here was another disaster, somehow at the start line I had managed to start and then immediately pause the running app so it had no information for me. I turned to my stopwatch, which I had not stopped, so instead just wandered around and then got in place to wait for Terry.

He soon came in and shortly that after our supporters found us. We all hung around for the prize giving ceremony. This finished by around 10.50 and as it was remembrance Sunday we stayed for the 2 minute silence at 11am. After this we spent some time in the park cafe and then had a very pleasant walk around the park. 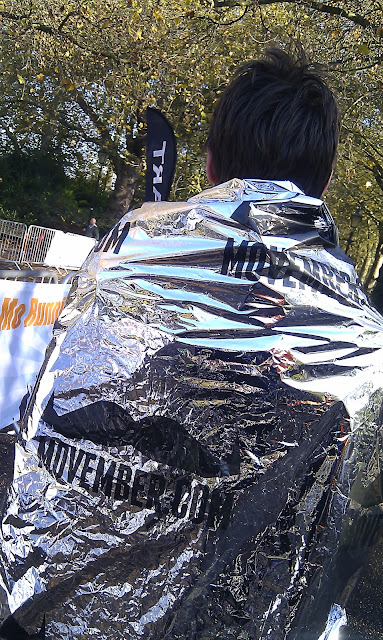 By 6.30pm that evening the results were online - here

It goes without saying that I am very pleased. :)