I grew up only a few miles away from Mile End, but because of the divide created by the Thames it was never an area that I had ever been to, or indeed heard of. That was until my late teens when I heard the Pulp song 'Mile End'. So following meeting the Mile End parkrun event director at the recently launched Southwark parkrun a week earlier, I was inspired to pay them a visit as soon as possible. 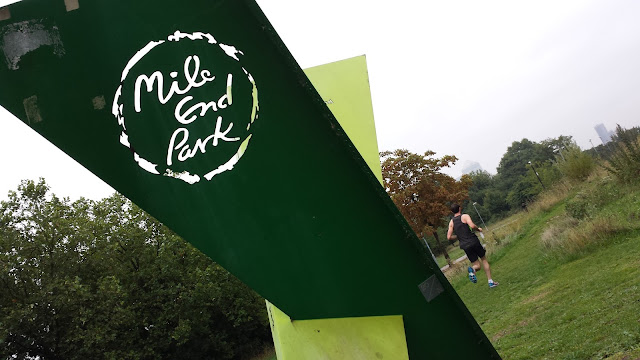 I had originally intended to cycle to the venue, but following my charity bike ride at Brands Hatch the evening beforehand I decided to enjoy the warmth and comfort of the automobile instead. I arrived at Mile End and parked in the small car park just off Rhodeswell Road. The fee for the car park is £1 for up to 2 hours and then £1 for every hour thereafter. 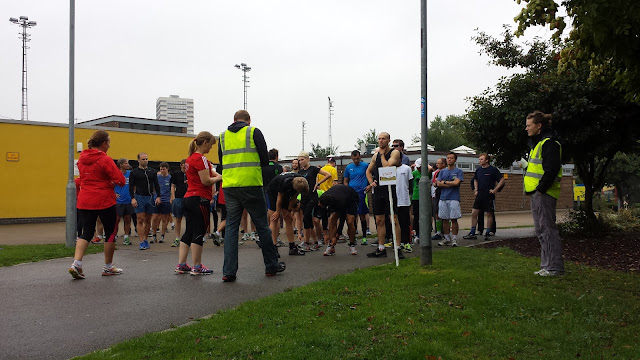 Another travel option is the Underground - Mile End station brings you out quite close to the middle of the course, so it's just a short stroll through the park to reach the start/finish area. Finally, if you cycle you have options of using one of two bike racks at the front of the Mile End Park leisure centre (they're undercover), there's a further set of racks further around the corner adjacent to the running track. Finally you could just use the fence or a tree next to the start line. 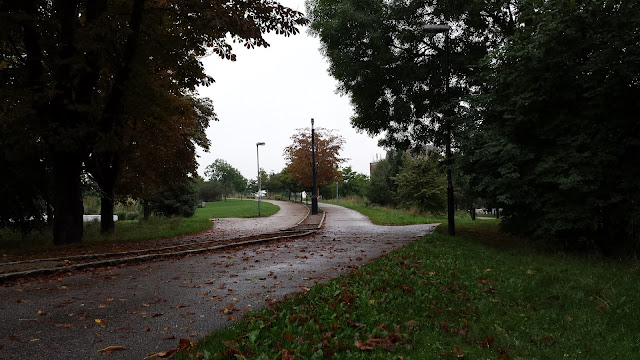 Next up I needed to visit the toilets, they are right next to the start/finish but if you arrive extremely early they may be closed. I went off and recce'd the course and by the time I returned they were open - It was after 8.30am by that point, but that is plenty of time for all but the most early of early arrivees. 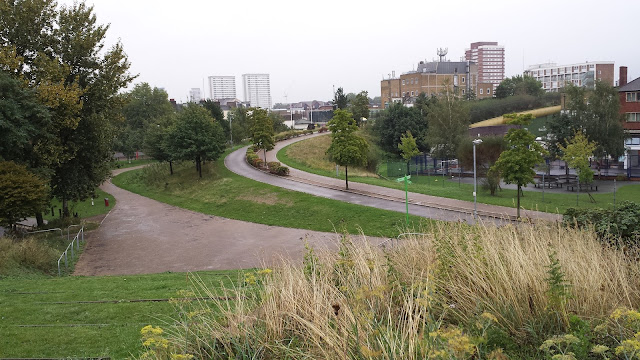 The park has many features and not all are immediately obvious - adventure park, terraced garden, green bridge, arts park, climbing wall, ecology park, play area and a BMX track. Adjacent to the park is the Ragged School Museum and a go-kart track. 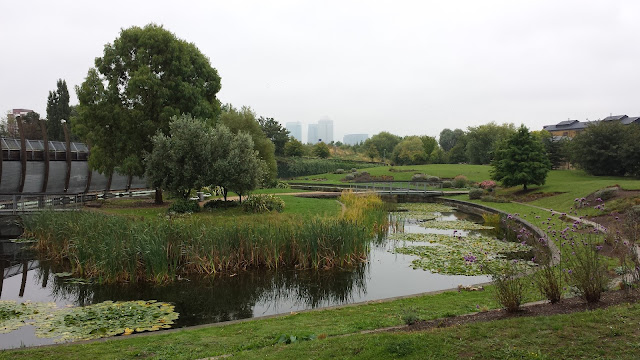 The run starts just inside the entrance at the Rhodeswell Road entrance and covers two out and back laps of the park. It is all on tarmac apart from, as usual, the final few footsteps where the finish funnel is set up on a small area of grass. 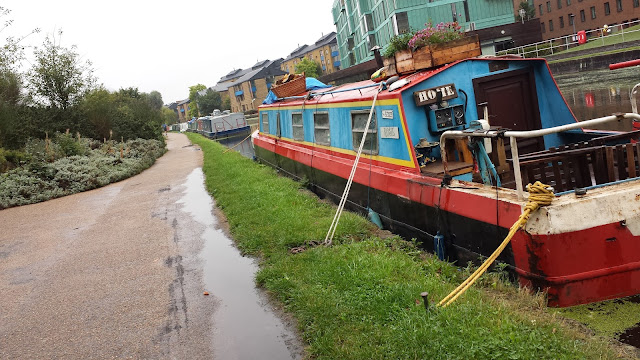 The route is run along the double paths and you always stick to the left hand sided path (meaning the laps are effectively clockwise), which means the participants stay separated throughout the run even though at times they are running in both directions. The local area is fairly flat but the park has been landscaped into a pleasurable mix of long sweeping bends and undulations. 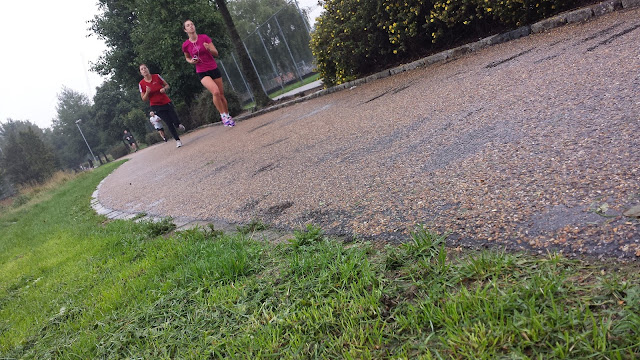 The most significant undulation is the one that takes you up and over the 'green bridge', which crosses Mile End Road. Once at the far end, the course loops around the outside of 'Milenium park' which is a pretty and  tranquil area. The course then leads you out onto the canal tow path for a few hundred metres before re-entering the park, going back across the 'green bridge' and back to the start, where you run around the blue cone and do the same again. 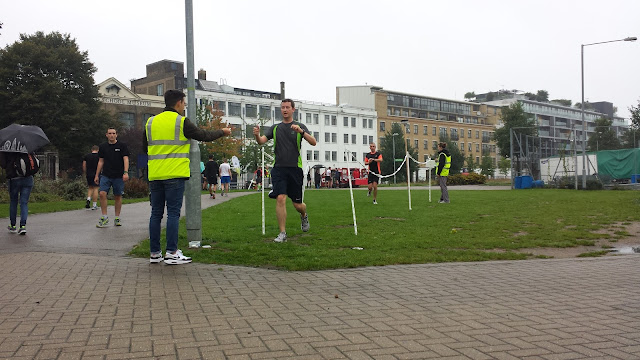 The course is easy enough to follow. But as always, it does make sense to take a close look at the course map in advance. During our 2022 visit, daughter managed to carry straight on instead of turning back into the park when running along the canal path. After a bit of a panic she found some other people who had done the same and they all finally made it back to the course. 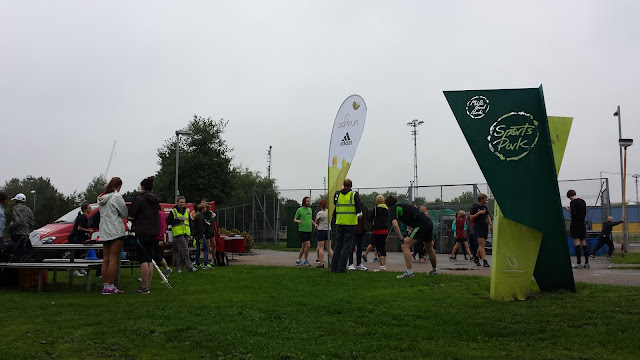 In 2013, at the end there was a man with a coffee van ready to supply the runners with their post-run tea or coffee. Unfortunately I was still feeling the effects of the previous night's bike ride and it was raining so I jumped straight back in the car and headed home. During our 2022 visit there was no coffee van - we ended up finding a bakery nearby and bought some doughnuts for breakfast.
Update: I revisited with the family in April 2022 and the course is run in the opposite direction to my original visit so you stay on the left hand side path and the course is run in a clockwise direction. (I've updated the text above to reflect this).
Please see the links below for my GPS data and the Relive course fly-by video which I've added from my 2022 visit.
Related links:
My GPS data from the 2022 visit
The Relive course fly-by video from 2022
Posted by copy7t at 19:35