I managed to persuade my Mum to join me for this parkrun. At 7.30am we entered Westminster station, took the tube to Seven Sisters then switched to national rail for the short journey to Silver Street - which is right next to the entrance to Pymmes park. 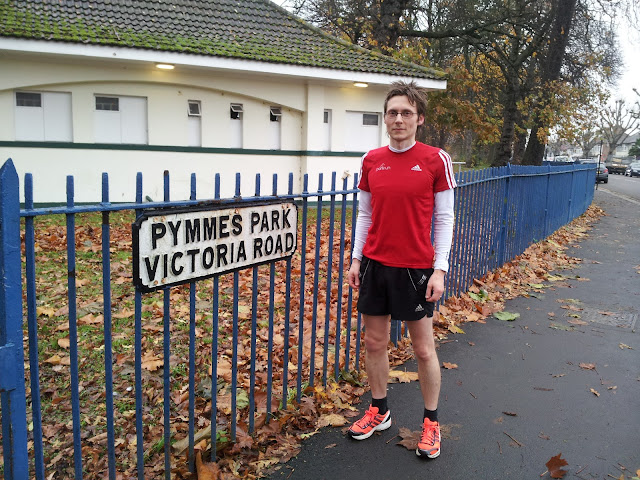 The park is divided right across the middle. The Northern half is open playing fields and the southern half is like a typical London park, with a pond, lake, ducks, cafe, meandering paths, and a playground. We arrived so early that we were able to walk around the park and check out the entire course beforehand. 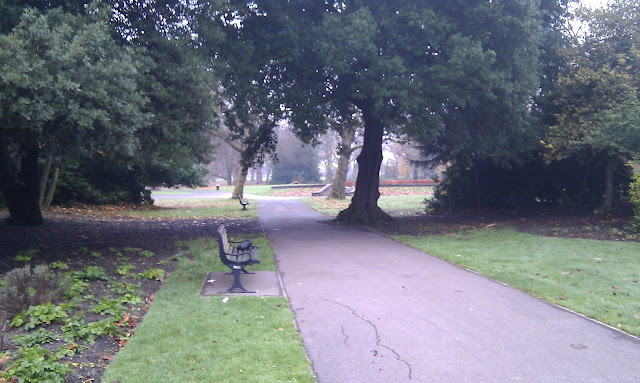 The run starts on the North East side of the park and takes you on a three lap journey around the perimeter path (all tarmac). The course is essentially flat. It first takes you around the playing fields, then as you enter the southern half of the park there are a few sections where you can have some fun swinging left and then right as you negotiate a few corners. 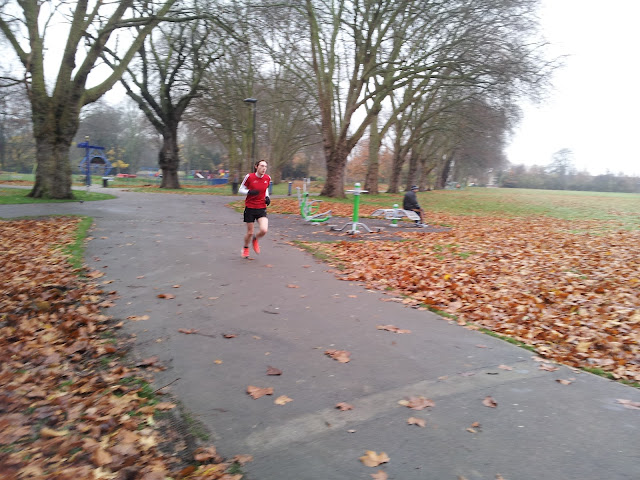 This was another one of those parkruns that is very much in the flashmob style. At 8.50 there is no sign that a parkrun is about to happen, and then five minutes later everybody appears. The style of this event is very laid back and as the course is simple to follow there are no marshals and or directional signs. With this in mind I think it is a good idea to have a quick look at the course on their webpage so that you know roughly where to go. 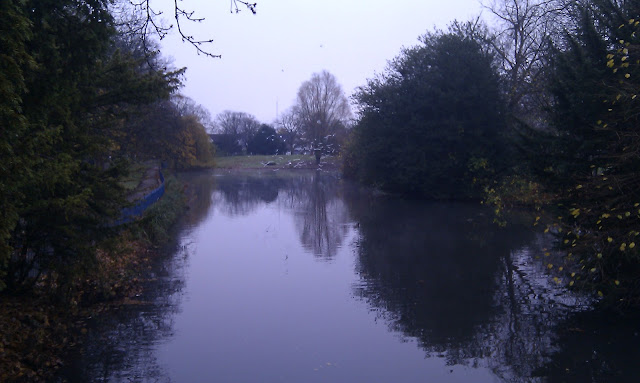 I had already decided to run this one as a time-trial and started at a strong pace, which I pretty much maintained all the way round. I think I started to slow towards the end due to a stitch-like pain forming and didn't finish quite as fast as I was hoping to. However, it was my fastest parkrun so far this year so I shouldn't be too disappointed. 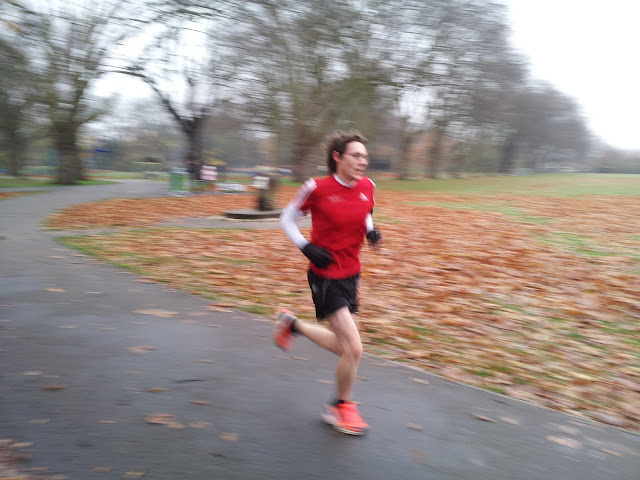 This parkrun is one of the smallest around, the average number of runners stands at 14.7. The event that I ran at (#85) attracted 22, which was surprising considering that it was cold and rain was also forecast. I didn't find any reason why this event would be so small - the course is flat, everyone was friendly, travel links are good, and there are toilets right next to the start/finish. We didn't go to the cafe afterwards because we had to get back, but I'm sure that was good too. Definitely one to do.

Oh, and thanks to Mum for taking the photos! :)