This weekend I was planning to visit a North London parkrun, but sometimes things happen which lead me towards other venues. The wife decided that it would be a good idea to meet up with the Riddlesdown crew again, but I was keen to still visit a new venue beforehand. So on the first Saturday of 2013 I found myself standing at the start line of Crystal Palace parkrun. 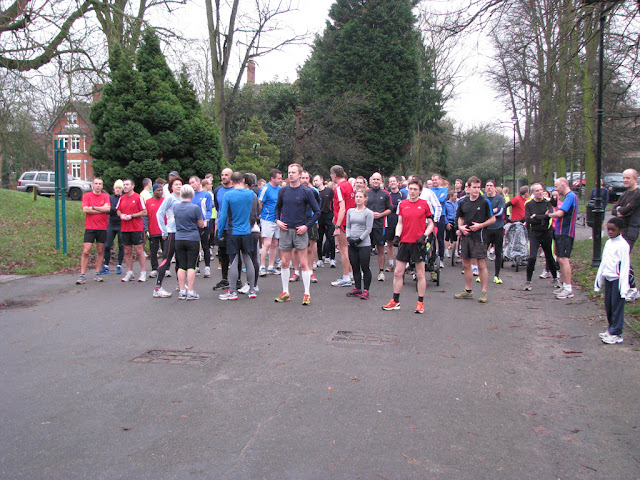 The journey to Crystal Palace went well and we arrived at the park (using the entrance just off Thicket Road) with plenty of time to spare. The start area is very well positioned, it is right next to the toilets, car park and cafe. There are other car parks and plenty of roadside parking nearby.

The course covers two-and-a-bit laps of the North-East side of the park. It is not flat. You spend the first half of each lap running uphill and the second half running back down - which actually works really well, as the downhill sections are long enough to allow for a pretty good recovery from the uphill. 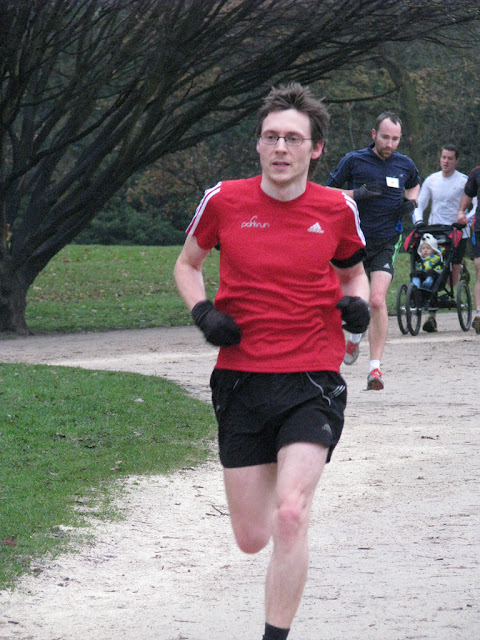 The course is run all on paths - some are tarmac and some are slightly loose gravel. The only section that isn't on a path is the part where you peel off into the finish funnel at the very end. The paths gently twist and turn, giving runners a nice meandering route to follow.

I ran the course a lot faster than I was expecting to and was just pipped to the post by a fellow buggy runner (it had crossed my mind to get the running buggy out of the car but in the end decided against it). 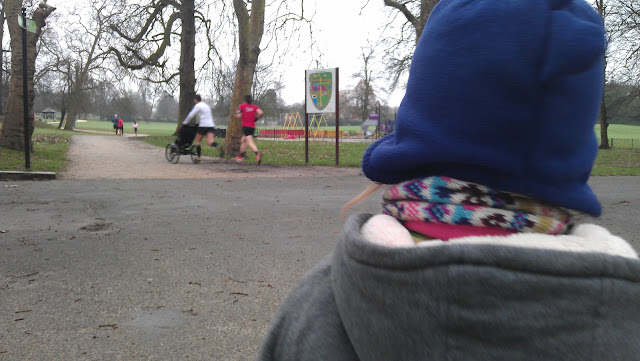 It is worth noting that the park is a magnet for dog walkers so expect to meet plenty on the way around. I do get a tad nervous around dogs but none seemed to be overly bothered by the runners passing by.

On the day that I ran the event there was a misty rain in the air, and the top half of Crystal Palace tower was hidden in the low clouds. Other features in the park include a maze and some life-size dinosaur models which date back to 1854. I remember seeing these as a child and after the run was keen to take the toddler to go and see them, which we did. Check out the dinosaur photo-bombing us in the photo below. 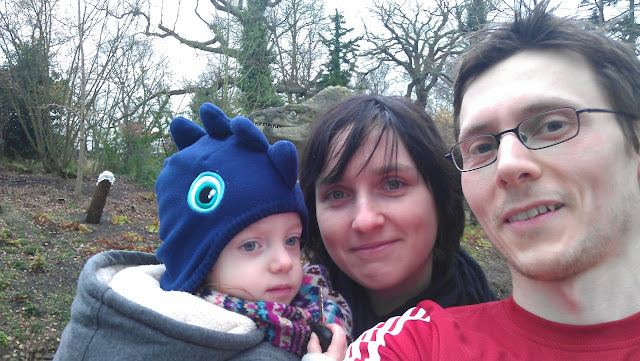 After our dinosaur spotting we carried on to the Horseshoe, in Warlingham, and spent a good few hours socialising with the Riddlesdown gang!

This day had the highest number of runners so far in parkrun history (over three thousand more than the previous record) and the results took a while to come through as the parkrun computers churned through all of the data. Later in the evening my results text message came through and was exactly the same as the time I had recorded on my stopwatch (20.25).