Please note that the course has changed slightly since I visited in 2013.
Upon arrival at the grounds of Osterley Park and House you know you have just entered somewhere special. This is one of the last surviving country estates in London and is managed by the National Trust. The centre-piece of the estate is the Georgian House and is surrounded by gardens, park and farmland. 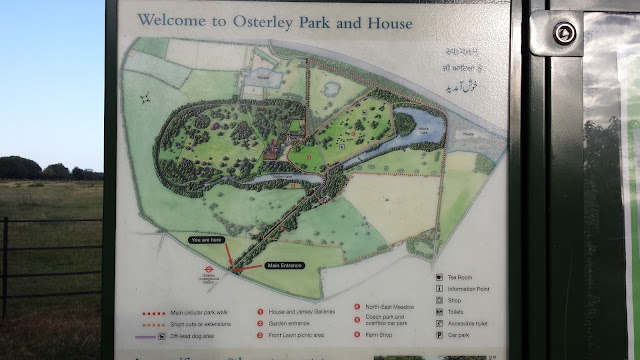 On 31 August 2013, the estate became home to Osterley parkrun and I was there for the inaugural running of the event. I travelled by bicycle and used one of the bespoke National Trust bicycle racks to secure my bike. If this happened to be full, there is a fence right the way along the path around the finish area that you could use as an alternative. 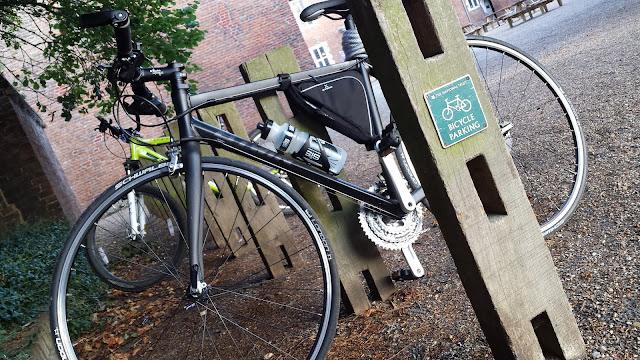 For those who prefer to drive, there is a car park. The arrangement is that if you show your parkrun barcode to the car park attendant you will be allowed to park free of charge for the duration of the event - if you don't have it you'll have to cough up £3.50 to cover the car parking fee. 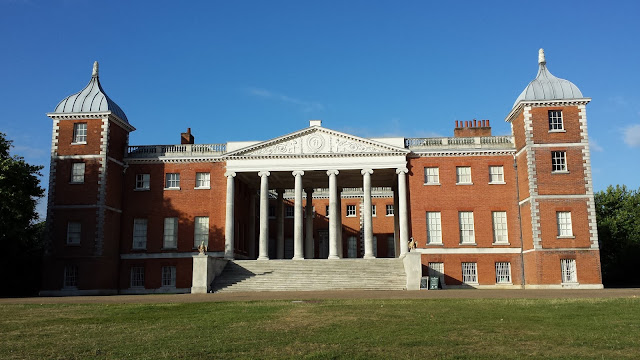 Public transport links are good - Osterley tube station is less than a mile away so it doesn't take long to walk or jog to the venue. Isleworth train station is a little further away at 1.5 miles but should still be a viable option for most. 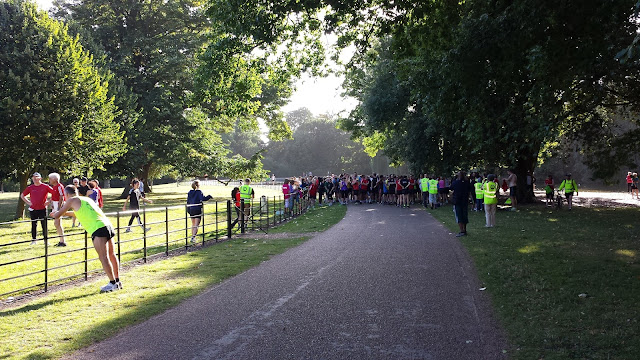 You'll be pleased to hear that there are toilets and they are located right next to the finishing line - on the day I went to the venue they were opened at about 8.20am, that should be early enough for even the keenest parkrunner. 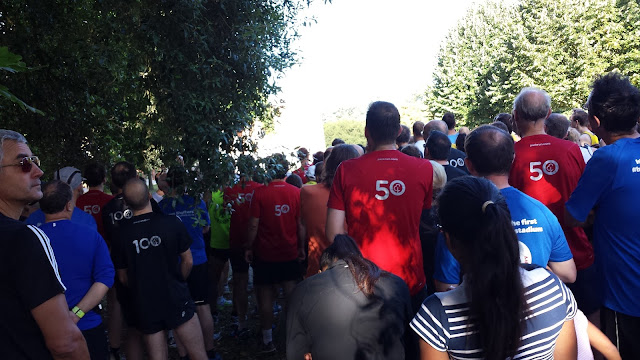 The course is flat, is run over three-and-a-bit laps and starts right next to 'Garden Lake', which is adjacent to the house. The first 150 metres covers the 'and-a-bit' section. You are then required to run three clockwise laps of the course. 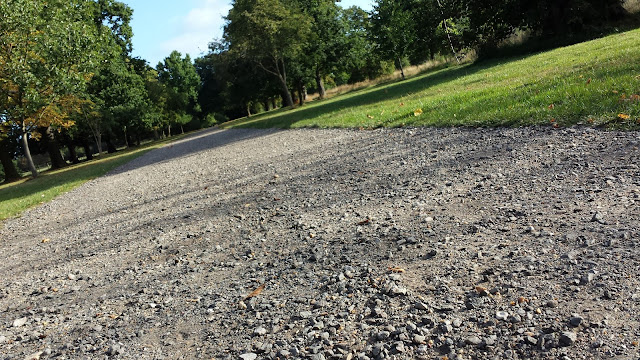 The first part of the lap is on a loose gravel surface and continues for about 500 metres before you turn right at the far end of the park and run about 300 metres along a compacted dirt path - this path is definitely not even and contains many large holes which were still full of water even though the last rainfall was almost a week earlier. In the wetter months this is going to be quite a difficult section to run as runners may not be able to judge how deep each hole is. 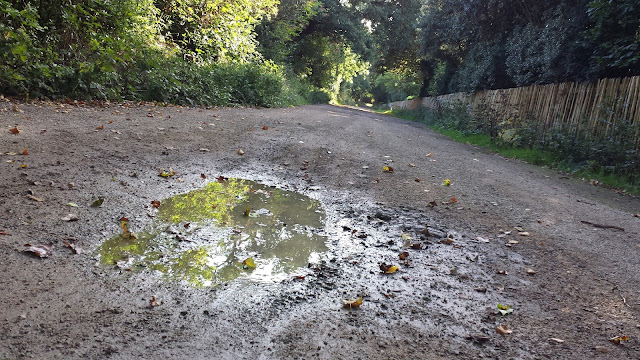 At the end of this path there is a hard right turn through a narrow gate - this point of the course had a marshal and hopefully always will because it is so easy to run straight past it - I did just that during my recce lap and bumped into a fisherman and a few dog walkers before realising my error. 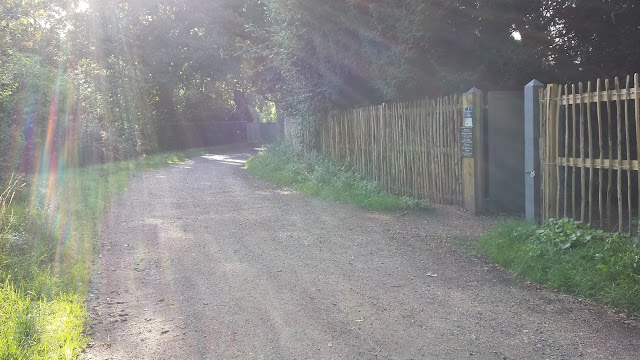 The next section is a forest trail which takes you along the edge of 'Middle Lake' where you must be extremely careful of the protruding tree roots - I heard of a number of runners tripping as they ran through this section. The first lap is where risk of tripping is at its highest as this is when runners are bunched up and not so able to see the ground clearly. 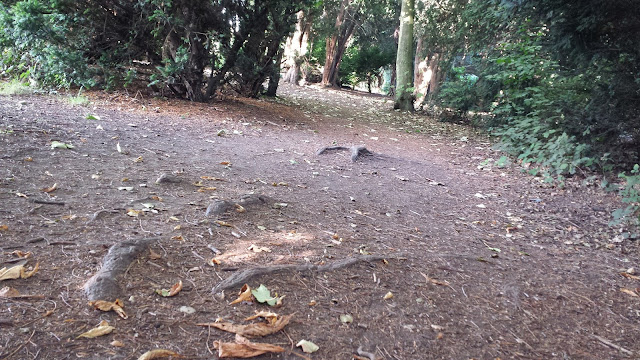 As you emerge from the foresty bit, the terrain changes to grass for about 600 metres or so (watch out for the odd pot-hole). On the last part of the grass you run directly towards the house, which really is quite stunning. At the end of the lap you turn right back onto to gravel path to start the next lap. 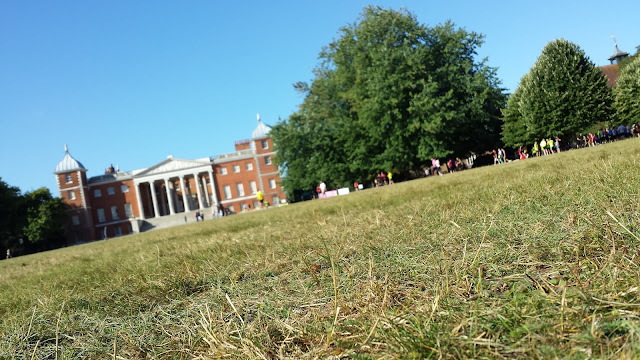 At the end of the third lap you will stay on the grass and follow the cones into the finish funnel.

On the National Trust webpage it says that dogs must be kept on a lead, so I was hopeful that this would be a good course for those nervous around dogs. However the grass section of the run goes straight through the area that has been set aside as an off-lead dog area. Not a major point and I didn't have any issues but still worth noting. 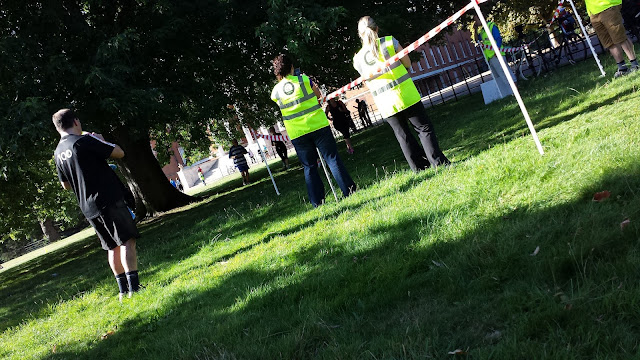 Buggy runners will get around easily in the dry and will have a slightly tougher time in the wet but in my opinion will still be fine. An off-road-style running buggy would be my preference. 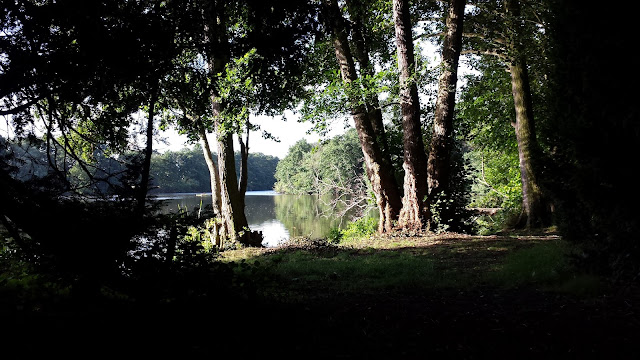 This is a really nice course to run and, providing you stay upright, certainly has pb potential during dry conditions where standard road shoes are fine, but I suspect that in the wetter months trail shoes might come in handy.