On the 6th of January 2007 Wimbledon Common parkrun held its inaugural event and became the second parkrun venue (with the other being Bushy of course). Just six months after this I moved to a flat just around the corner from Wimbledon Common, sadly I was only a very occasional runner (and exclusively on the treadmill in the gym) at that time and had no idea of parkrun's existence - even if I had known I might not have gone back then. 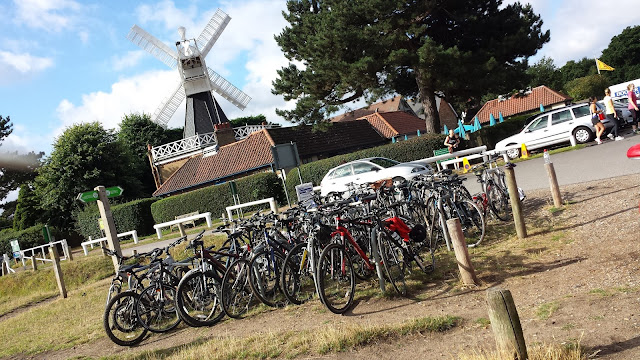 The focal point for anyone new to this run is the windmill in the centre of the common. Here is where you'll find the toilets, cafe and car park and are all adjacent to the meeting point and finish area for the run. I cycled over to the venue and secured my bike to the bike racks in the car park - by the start of the run the racks were heaving! 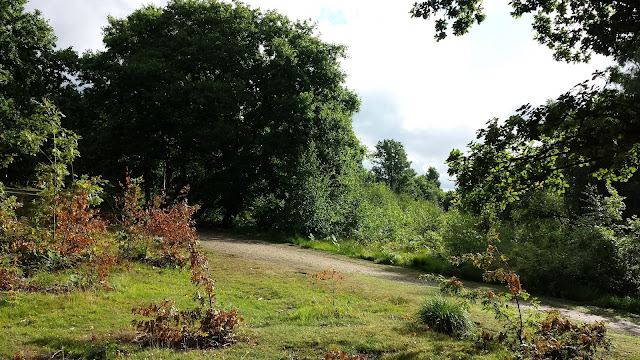 If I had taken the tube I would have used the Wimbledon branch of the District line alighted at Southfields and walked the rest of the way. The main line rail stations are nowhere near the venue so using this option requires a bit more post-train travelling - a warm up run, a bus, or just a very long walk are the obvious options. 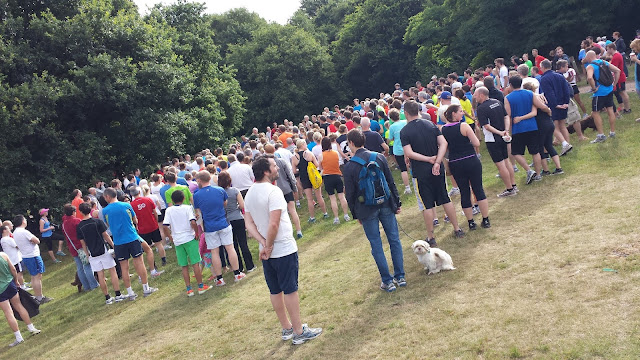 I arrived, as usual, about an hour before parkrun o'clock and the first person I bumped into was Ian, the event director who has been here since day one - He welcomed me to the venue and proceeded to get things set up while I took some photos and wandered around. 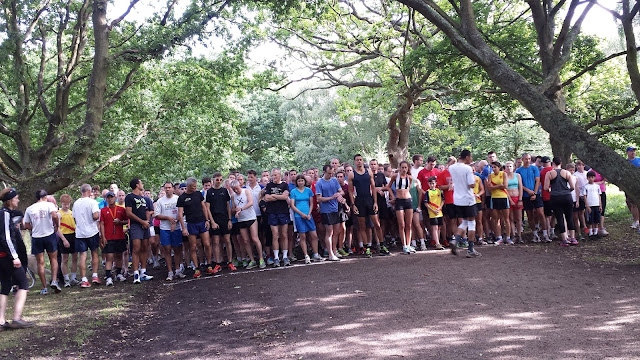 About fifteen minutes later I bumped into him again while he was marking out the start line (see photo above) and parts of the course, usually you'd find direction arrows but here at Wimbledon you'll find flour. Today he was using Asda's everyday variety, but he has been known to use Waitrose organic flour (I think that's just for special accasions!). 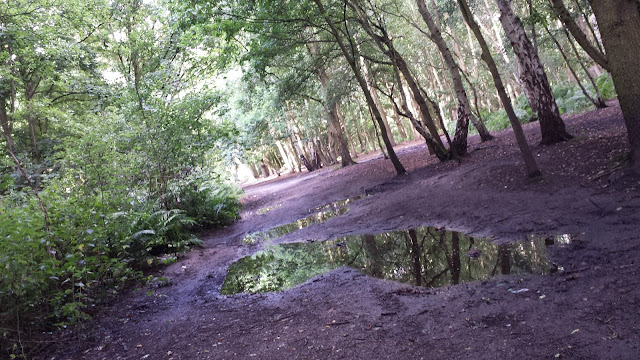 The run briefing takes place on the grass next to the car park and afterwards runners are lead a few hundred metres down the path to the start line. The whole course is run on a trail surface, so you encounter stones, tree roots, some softer dirt and when it's been raining, puddles and mud. In dry conditions you'll get away with road shoes but when it rains trail shoes are the way to go. 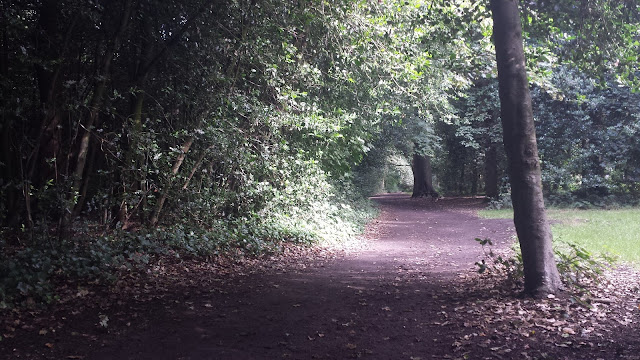 The course is flat and consists of two-and-a-bit laps through the north part of Wimbledon and Putney Commons (Putney Heath) and unless you are familiar with the area there is no point in trying to work out the exact course beforehand as there are paths that go off in all directions, but after one lap you'll see that the course is simple enough to negotiate. 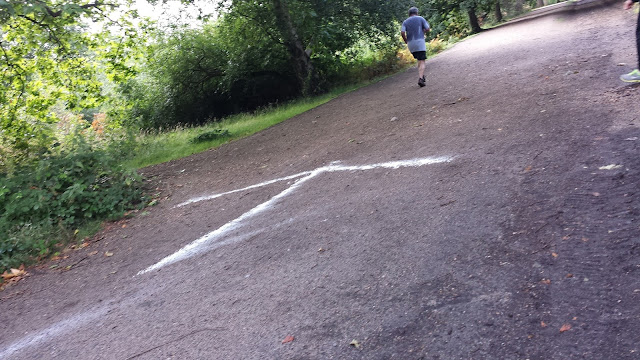 What I didn't notice at first was that Ian had also marked out a half-way point line with his bag of flour. It's easy to identify as instead of being a solid line it is dashed and there was a marshal calling out half-way splits. Anyway, it's a brilliant idea, causes no damage to the common and has completely disappeared by the end of the run. 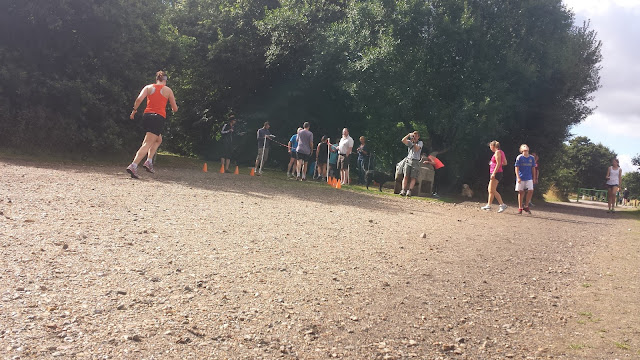 This venue attracts a fair amount of runners (it's approching the 400 mark) so expect to have congestion for pretty much the whole of the first lap. If you're going for a time you'll need to position yourself appropriately when you line up at the start line. Also while the course seemed fine for a spot of buggy running you would have to be very careful to avoid clipping other runners' heels especially during the first lap.

It's a beautiful location for a parkrun, I just can't believe I left it so long before visiting it! 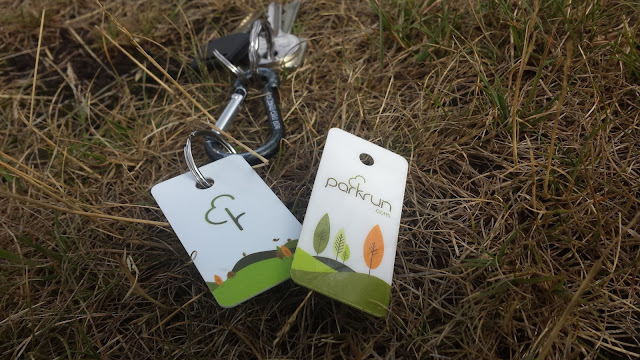 Last week I tried my new barcode ID card over at Highbury Fields parkrun so this week it was the key tag's turn - and just as you'd expect, it scanned perfectly!