After an absence of 10 months, we returned to Lesnes Abbey Woods junior parkrun for a visit. In the time we had spent away, the parkrun had been temporarily relocated to an alternative venue while new paths at Lesnes Abbey were laid. With that work now complete, the parkrun has returned home.

Our plan was to try out a new Sunday morning plan, which we hope to make a regular occurrence. A visit to a local 9am junior parkrun followed by rugby training. Anyway, Matilda introduced a friend to junior parkrun this week.

So it was nice to run around with the two of them. We stayed together for the whole of the first two laps, but as we started lap three Matilda's friend decided that he would prefer to walk and Matilda continued her run to complete the course in 17.38 [results]. I stayed with her friend and we finished about a minute-and-a-half later. 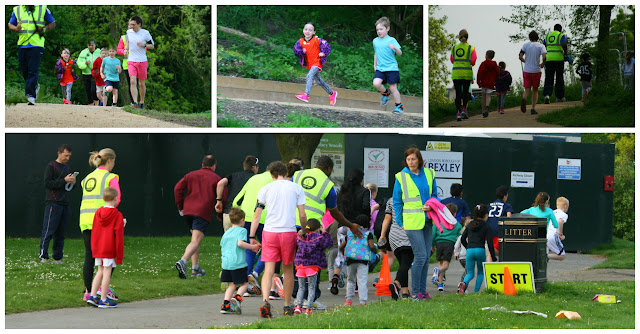 The new paths are pretty good to run on. They are a little gravelly and they replace some quite uneven grass sections that were originally part of the course. There is one section to look out for where a bench has been placed on the path right on the natural running line - it looks like an accident waiting to happen. I'd be tempted to stick a marshal there to be on the safe side.

With the run finished, we jumped back in the car and headed over to Dartford Valley Rugby Football Club for the second of the morning's activities. The rugby training is good fun and much more interactive and engaging than parkrun, so I think Matilda actually prefers this. 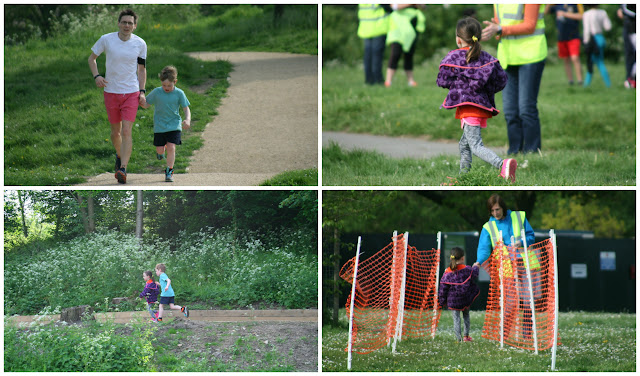 However it's great that we can squeeze both in, and from next week the brand Dartford junior parkrun starts which will make it even easier to do the parkrun-rugby double!
Posted by copy7t at 20:34