My second visit to Royal Tunbridge Wells parkrun came over two years after my first. The reason for the return visit was to run with one of my friends, Ben, as he finished off a very personal challenge. His son was born sleeping in 2015 and Ben had set himself a challenge to raise money for the Stillbirth And Neonatal Death charity (SANDS). 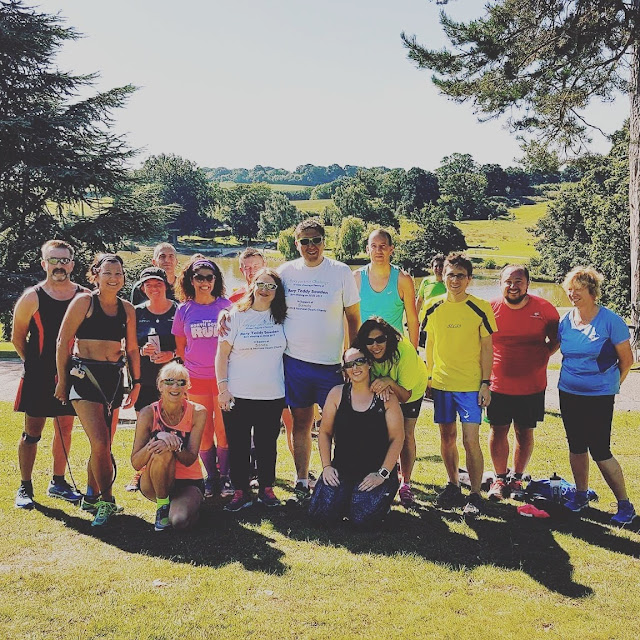 The challenge that he embarked upon took on the theme of the #7weeksofparkrun challenge that I set myself a few years ago, but instead of spelling out the word 'parkrun', Ben would be spelling the name of his son 'Rory Sowden' in his honour, visiting the venues in reverse order meaning his name would be permanently recorded within Ben's own parkrun history.

So after visiting Nonsuch, Eastbourne, Dulwich, Whitstable, Old Deer Park, Sittingbourne, Yeovil Montecute, Riddlesdown and Orpington it was finally time to complete the challenge at Royal Tunbridge Wells. This run also marked Ben's 100th parkrun and he had a good group of his running buddies around him to support him. 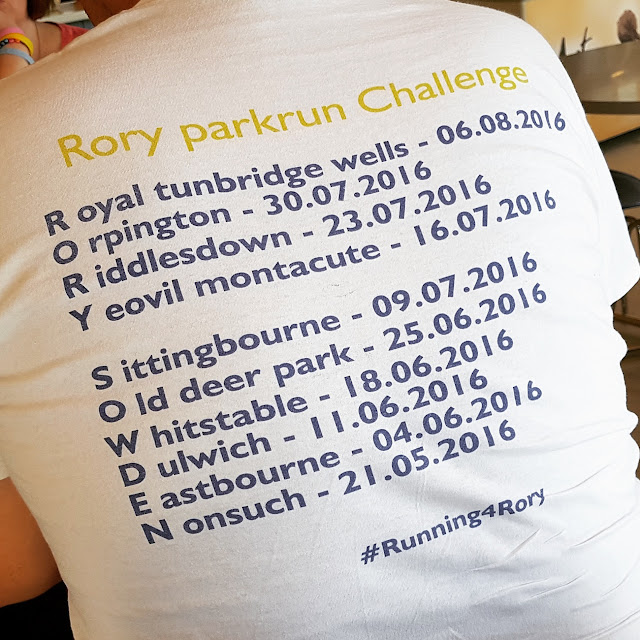 33 minutes after the run had started, we all crossed the finish line and treated ourselves to some cake before heading into the cafe for some breakfast. The park is beautiful and has a nice play area for children, so once everyone had filled their bellies we said our goodbyes and headed over to the playground before heading home ourselves.