Today (Saturday 11 June) I dragged my poor wife and daughter out of bed at the crack of dawn to drive up to Banstead Woods to run my second ParkRun.

My goals for today were to beat my previous ParkRun (5k) time of 22:03 and to possibly get somewhere near my PB of 21:35 (from last November).

Right from the outset I wondered if it was going to be 'one of those days' - The baby delayed us by, let me just say, needing an emergency nappy change just as we were about to leave. Then as we were driving along the M25 I missed the exit I needed and had to travel to the next junction to turn around!

We eventually arrived at Banstead Woods 20 minutes before the race started. Which would be fine except the baby was asleep and once awake we needed to grab all of her things, put her in the baby carrier etc.. and then there was the 10 minute walk to the start!

So we got to start line with 4 minutes to spare - I had no time left for a warm up, although the walk up to the start line probably helped, I was still a little worried to be racing on cold legs.

After the customary pre-race announcements we were off! 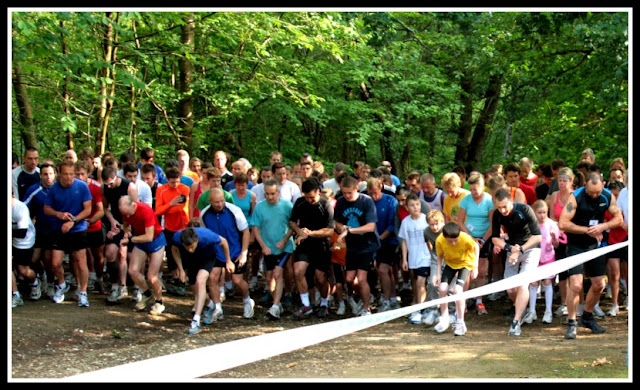 This time I managed to secure a spot fairly close to the front of the pack, the first lap went by quite fast, I was starting to feel quite uncomfortable (par for the course in a 5k!), as I passed the half-way point one of the marshals was calling out everyone's times. 'Ten-fifteen' he shouted as I passed - It sounded pretty good but my head was focused on the hill that I had just started to climb and I soon forgot about trying to work out a possible finish time.

The second lap seemed to last for ever, I kept turning corners and finding that I was still not on the home straight. Then I turned the last corner, I could hear people cheering, I knew it would be over soon. I knew I had worked hard because I had fleeting moments of nausea throughout the second half of the race. Finally I saw the orange cones that channel everybody into the finish area, I tried to push herder but I was already at 100%. Passed the finish line and was relieved that it was over! 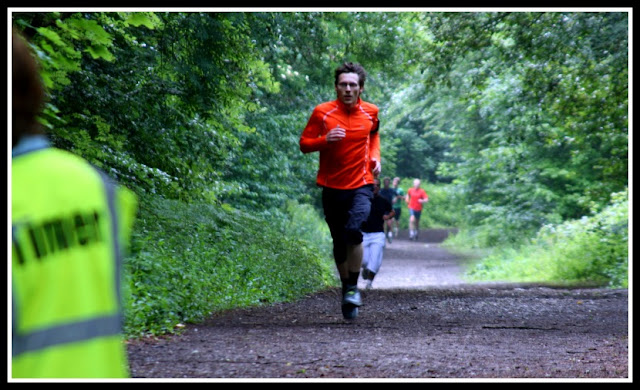 One of the volunteers gave me my position chip and said 20th - I was pleased with that.

I was hoping that I had gone sub-22, I looked at my GPS for a rough answer - 21:05, and that was a few seconds after I had crossed the line.

I had to wait a few hours for my official time to be emailed to me, but just after noon I received my result - 20:55!!

Thanks to the wife for taking the photos! (again) :-)