A bit too much racing? 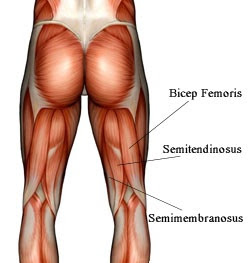 I've been having a bit of trouble with my left hamstring since last Thursday, so I have imposed a few days rest on myself. I was going to have two days off (Mon and Tues) and then start again on Wednesday, but now that it is Tuesday evening I know that I really need longer.

At this stage I'm still planning to go to the Riddlesdown parkrun on Saturday but even though I'll run, I certainly will NOT be racing! (if anyone hears me saying that I'm feeling good to race please send me back to this post). Hopefully I can do the right thing and make it through to Saturday without doing anything stupid!

So, what caused it? I have a few theories...
I've looked at the wikipedia page for pulled hamstring and from what I read I would put myself in the following category:


Grade 1: Sensation of cramp or tightness and a slight feeling of pain when the muscles are stretched or contracted.


It's the 'sensation of cramp or tightness' part that really describes it well.

The good news is that it is the most mild stage of injury, so if I'm sensible I should be able to turn this around and not escalate it to grade 2.

I've iced it a few times (but probably not enough) and, as I mentioned above, I have had two days off so far. I'm definitely taking Wednesday off too. After that I'll see how it goes.

I've read a few pages in Bob Glover's competitive runner's handbook and it says that the first thing the majority of runners do when they feel something wrong is..... Ignore the injury and run through it, often making it worse! To be honest I think I was in this phase over the weekend, I wasn't prepared to let go of my mileage goal for the week. I'm slowly accepting that if I attempt to keep to my mileage goal this week I'm going to end up with a much worse problem than I have right now.

Instead of seeing this as a set back, I am looking at the next few days as an opportunity. I have a few days off work, so instead of getting out of bed at the crack of dawn I am going to stay in bed for longer and have some morning time with the family. I don't do this enough.

7t (hopefully being sensible this week)
Posted by copy7t at 21:34