Today I took part in the inaugural Riddlesdown parkrun.

We arrived at around 8.30am on this glorious sunny Saturday morning and parked in the designated car park, which is just across the road from the course. It was a ten minute walk to the start line across open grassland. We stuck to the paths because skylarks nest on the long grass. There was a tiny bit of confusion over where the start actually was, but once a few people gathered it became obvious to all. 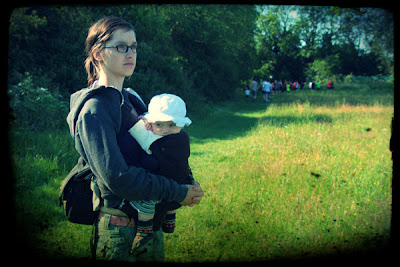 The course itself is on quite high ground with a few really nice views but also almost perfectly flat, there is only one short sharp incline, but it only lasts about 20 metres before evening out again.

I was surprised by the amount of people that had turned up, I was expecting to see a fairly small gathering of up to about 40 people but there were actually 154 participants. Not bad for the first event!

As I stood at the start line I was still unsure as to whether I was going for a time trial or just using it as a slower training run. 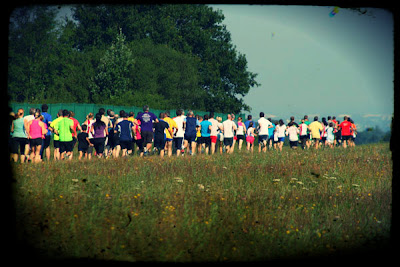 we're off, can you spot me?

After a few words from the run director we were off. I started further back than I probably should have and felt the frustration of being held to a slower pace immediately. Bearing that in mind, the first kilometre was fairly slow and I had resigned myself to this being a tempo-ish pace run. But as I made my way round the first lap the field spread out and I increased my pace - sticking like glue to a fellow runner that was running at a similar pace to me. 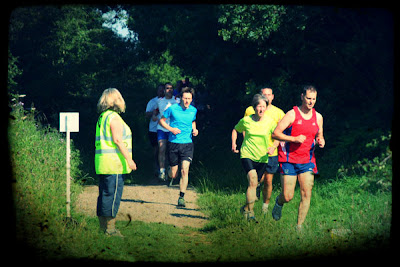 When we reached the half-way point one of the timing officials was calling out our 2.5km split times (10.26 for me - faster than I thought), a quick bit of maths and I realised that if I kept up my pace I could get a new personal best. 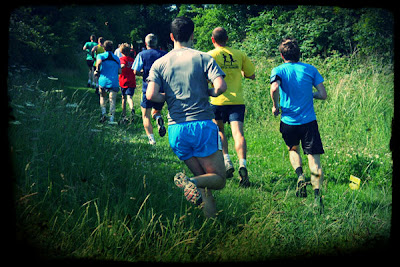 There is one part of the course that is quite trail-like, with lots of protruding stones and roots, on the second lap as I was passing someone I stumbled slightly on one of the stones, in a semi-exhausted state he asked if I was ok, I, also in the same state, did my best to reply and decided a quick thumbs up was a better option than trying to talk while running at this effort. 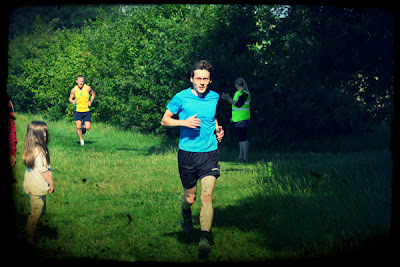 I can see the finish line from here

As we entered the final grassy stretch I could see another runner that I would have liked to passed but although I was gaining on her I didn't have enough left in me to pass her before the end. 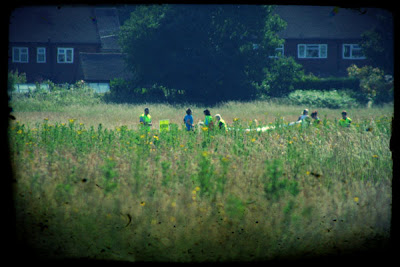 and across the line

Across the finish line and was given my finishing token - 13th! I was very impressed with myself. The results appeared online later that day. 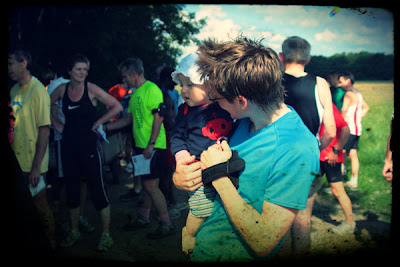 time to scan the position chip and barcode

We headed back to the car only to find that as so many people had turned up, the volunteers had double parked cars that arrived after us and blocked us in - yikes! 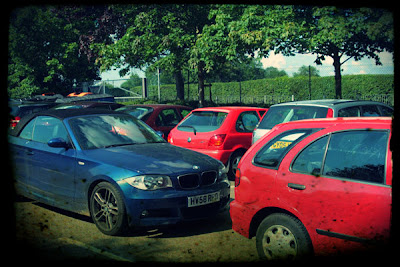 Luckily, apart from desperately needing the loo, we weren't in a rush to get anywhere so I spent a bit of time stretching and airing my feet before being released from our automotive prison and headed back to Tonbridge for some brunch. 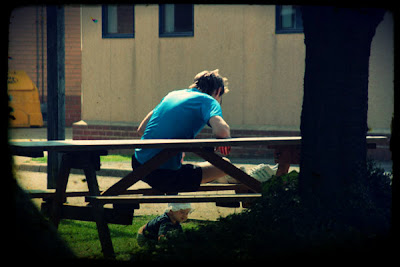 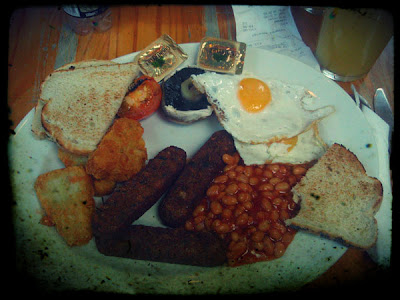 All in all it was a really nice first event, I'll definitely be back soon. Congratulations, well done and thank you to the organisers and volunteers - parkrun is a great thing to be part of!