As I completed my tenth parkrun I wished I could have been in one of the junior categories and therefore earned myself a lovely white t-shirt (info on parkruns clubs)! Unfortunately I am many years past that so will have to push on with the next forty parkruns before I earn the right to wear one of the special t-shirts. I will get there! 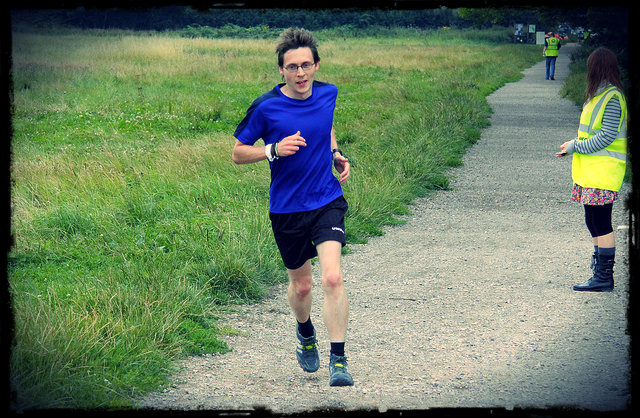 What happened this week?

It was Matilda's birthday weekend (people don't have birthDAYs anymore, do they?) and we had made plans to have breakfast with my in-laws, who are visiting from Germany. After that we had arranged to meet some of Matilda's friends (and their parents) at the park. This meant it was another week where I had to dash off straight after the 5k race.

Before we started I wasn't really feeling that great, lethargic would probably sum it up nicely. This was probably due to a lack of sleep, the Prosecco and the Peroni Nastro Azzurro on Friday night. My left leg had been a bit tight and crampy at the beginning of the week but seemed to be better today.

With this in mind I spent a little longer than usual on my warmup. 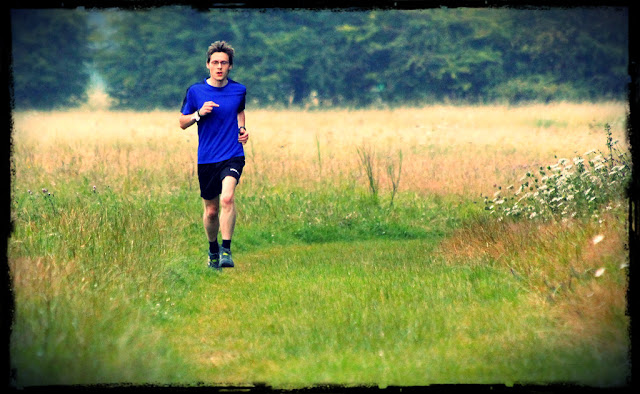 Warmup done and the race underway (wearing one of my £2.90 bargain tops)! It all started in the usual way, but very quickly the field spread out and I felt pretty much alone - This was confirmed just before the three kilometre point, when I had the opportunity to glance back. I was shocked to find that nobody was there. In the end there was a gap of almost a minute and a half between me and the next runner.

The only significant thing that I can report on this week was that I had to pass through a pack of about eight unleashed dogs. I do not cope well with dogs, especially big dogs, and even more so while running. I almost slowed down to walking pace to ensure that the dogs weren't excited by my movement. Thankfully I passed them without incident and picked up my pace again, only to slow a minute or so later due to another dog that looked excitable. 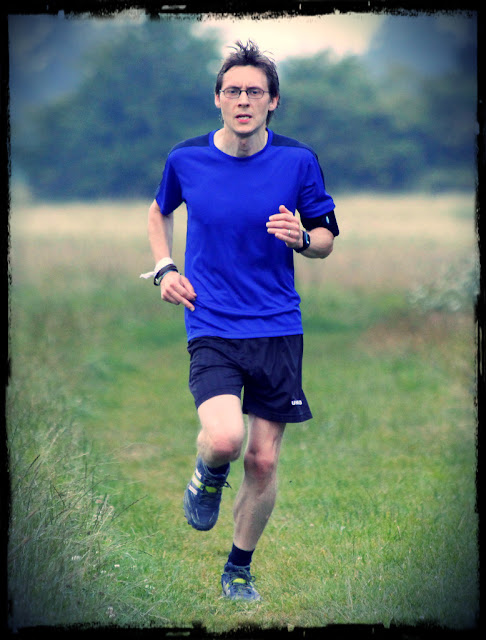 Just to prove that it wasn't all easy going! (Photo: Nicki Clark)

I actually managed to finish the race with a kick this week. I felt strong and fast as I ran down the final straight (but I probably looked pale and breathless). I finished in fourth position again this week. Four seconds slower than last week's pb time. Four minutes behind the winner, who set a new course record.

I think the most encouraging thing about this week was that although I worked very hard I didn't feel as exhausted during the race as I have done in previous weeks. (Note: Don't get any big ideas. they're not gonna happen).

My goals for this week were to stay sub-20 and to get home as quickly as possible afterwards. I'm happy to say that I succeeded in both. 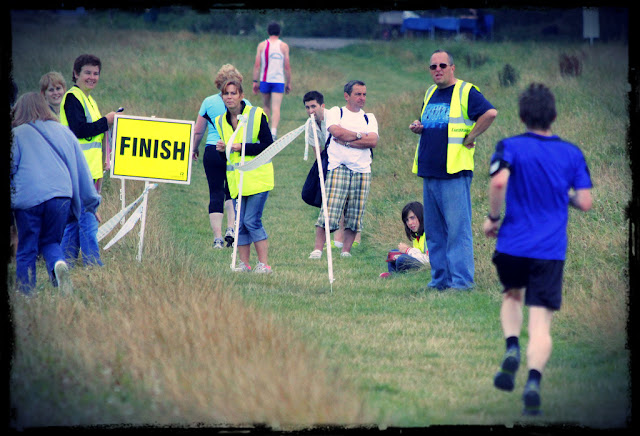 Next Saturday will be the last parkrun in August. Where has the month gone??

And finally, I would like to say a big thank you to Nicki for letting me use her photos again this week! I especially like the second one.