After a good week of training and no strange niggles I should have been feeling great as I stood at the start line for the ninth Riddlesdown parkrun. But I wasn't. Maybe it was the fact that I had spent the last week worrying about dog attacks, or maybe it was just going to be one of those days.

I had been hoping for rain, I usually wouldn't but for some reason I fancied a really wet race. However, we were standing there bathed in glorious sunshine (that may be an exaggeration), but there was a slight chill in the air. 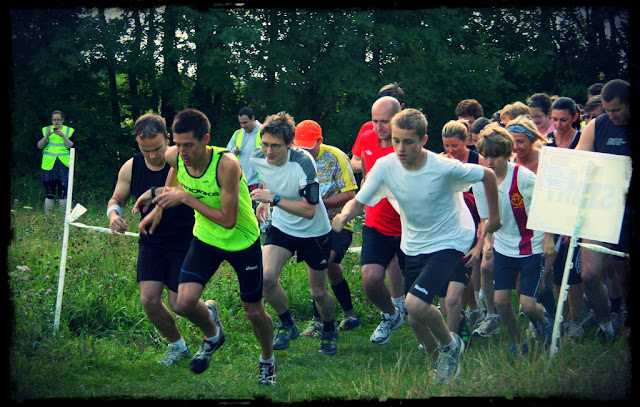 The clock struck 9am and we were off.

Within the first 500 metres I could tell that it wasn't going to be my best race to date. The pace felt too fast but I stuck with it. At the 1km point I settled into fourth place but started to feel uncomfortable - I couldn't believe it but I was feeling the beginnings of a stitch on my right side. Still I kept the effort level up and hoped that I might just be able to run through it.

at the 2km point

Two kilometres in and the pain of the stitch had not eased, in fact it was slightly worse. I passed the half-way point at 9.39. By now I knew the pain wasn't going to disappear, I'd have to push on through the second half. 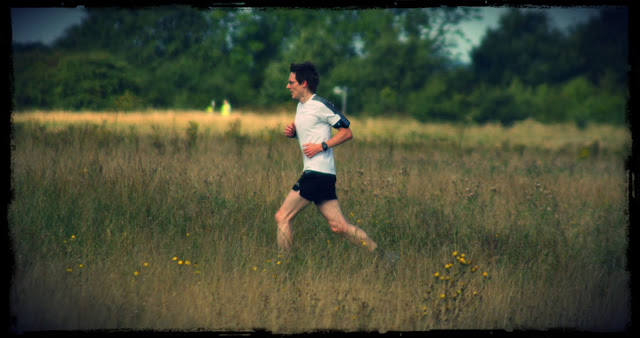 Just after the 3km point, and with the pain of my stitch becoming unbearable, I intentionally slowed my pace. Mostly due to the pain but partly due to a few dogs in the distance that I didn't want to startle. Passed the first dog (black Labrador) and then the next two (German Shepherds) - All fine. I lost fourth place during this section. 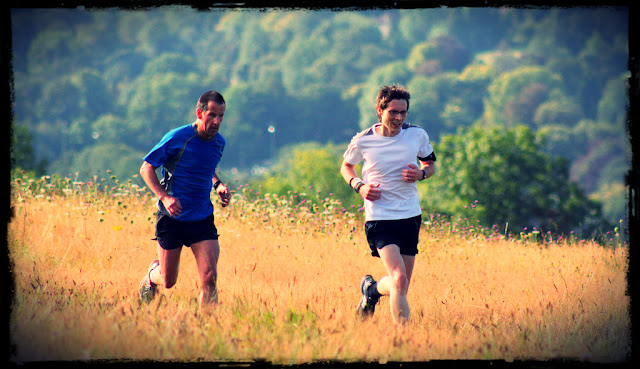 around 3km, just before I slowed (photo: Paul Carter)

During the last kilometre the pain of the stitch hit a new level, I concentrated on trying to relax and breathe deeply but it made no difference. With every step I took the pain increased and my pace slowed. This was the first time that I would describe myself as 'sucking air' - This is a phrase that I have read many times but never experienced it. 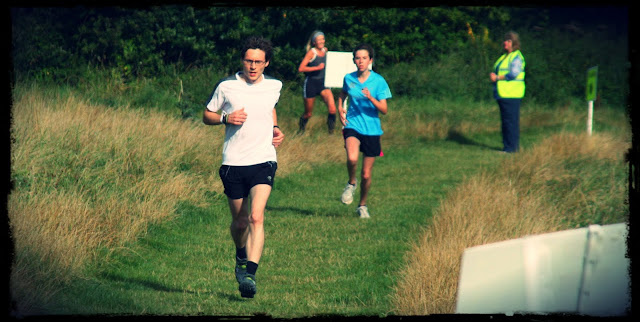 As I approached the finish line I was giving it everything I possibly could, but if I was to tell you that I was running you'd probably disagree, at a push you might describe it as jogging. The wife said I looked like I was 'having a stroll'! 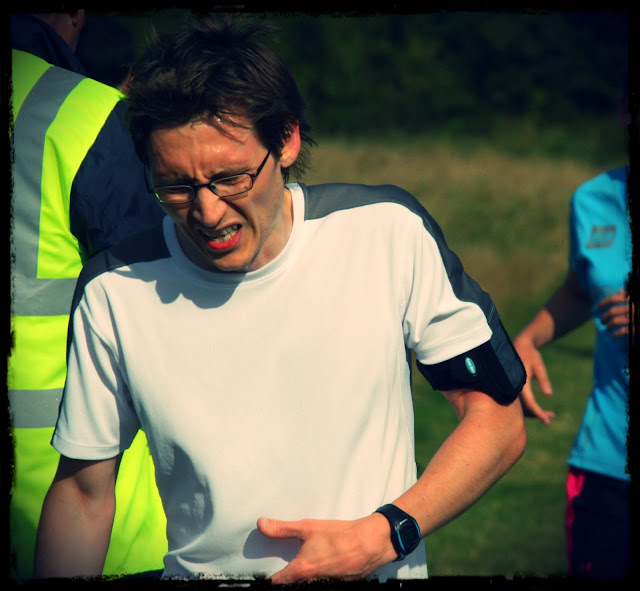 did I mention that I was in pain?

My wife and Daughter were at the finishing line and I fell on my knees just in front of them - I think my daughter wondered what was happening, but she joined me and we played with the fifth place barcode while I recovered. Slowly the pain faded. 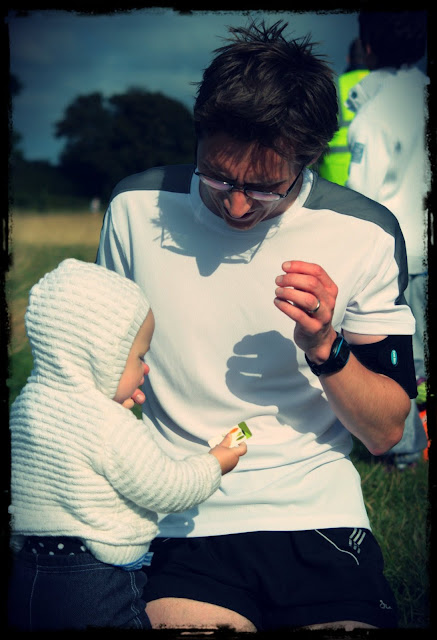 As you can probably tell, I didn't enjoy this race very much. If I was to speculate on what may have happened if I was 100%, I would have probably held on to fourth place, I would definitely have kept my sub-20 streak going. Of course, I can't change what happened on the day. I think I can take away the fact that I had a really bad run and still managed to get around the course in 20:08. A couple of months ago I hadn't even run that fast on a perfect day!

I'll have to take it easy next Saturday. I have a 10km race on Sunday (4th September 2011) so I need to be fresh for that. I still want to take part in the parkrun, but I definitely won't be pushing for a new personal best or anything outrageous like that! I'll write a bit more about the 10km race in its own post.

As you may have realised by now, my two supporters (and official photographer) were back today. All the uncredited photos in this post were taken by my wife - Thanks.

The first and fourth photos are from the Riddlesdown official photos page. Thanks to the photographers, Cameron Bew and Paul Carter.

Thanks for reading. Feel free to comment *subtle hint* :-)