This week I volunteered to write the official Riddlesdown race report, at the time of writing it is at the top of the page but it will move down as more are published ( Riddlesdown News Page ). I don't have the time to write two completely separate reports so here you'll find the bulk of what I wrote officially but with a few modified bits and some photos to make it more personal. 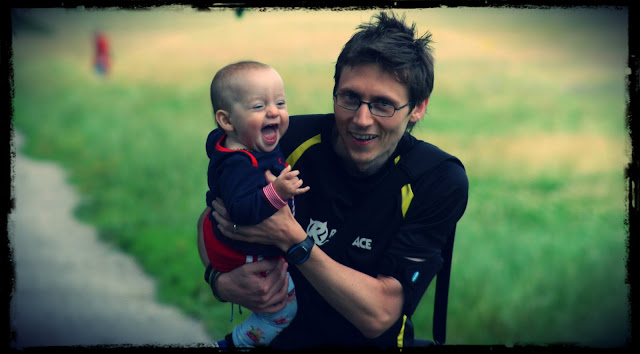 It was a lot of fun

It was 9am and 66 of the local area’s finest parkrunners had assembled at the start line for the 6th Riddlesdown parkrun. The weather was on our side again, and although cloudy, it was dry with just a light breeze floating across the downs.

Nicki Clark, the race director, gave an overview of the course, thanked the sponsors and this week's volunteers - who had been busy marking out the 5k course since the crack of dawn, announced a change of venue for the weekly post-run coffee (It's now in the Good Companions pub, which everybody is welcome to attend - just leave your chocolate buttons at home) and announced the winner of the Sweatshop runner of the month prize for July.

The runners had warmed up and were eager to start.

The timers were poised to start their stopwatches.
GO!

As usual, the speedsters darted off into the distance, leaving the rest of the runners to jostle for position whilst trying their best not to trample the long grass on either side of the path.
We all squeezed past the picnic bench, trying not to trip on the uneven surface. Being on quite high ground, this section provides a fantastic view to the West. Next up was the very sharp right hand turn and short incline up to 'Condon Corner' where Brian Condon was on hand to direct and provide much needed encouragement - especially on lap 2!

We then entered the tree lined trail section and, after a few metres, passed the first kilometre point. The path was uneven and rocks protruded from the ground. We tried to find the smoothest path through, but every now and then a thorny plant reached out in an attempt to grab our legs as we ran past. This week’s photographer, Richard Carter, selected a position about half-way through this section - the photos are online and are great, as usual. Just click on the photos link at the top of the page to see them!

At last we exited the trail section of the course where two juniors were marshaling - James Hall, who ran all five events in July, and Madeleine Brooks were giving some of the most inspiring cheers I have heard at any race. We then moved into what is usually the warmest section of the course. On a sunny day the heat seems to collect here as the trees block most of the breeze. Following the path around, we passed the 2km point before finally reaching the gravel path, which is home to the half-way mark. Here, Christopher Hall, who had taken a break from his five week parkrunning streak to volunteer as one of this week’s timers, called out each person’s 2.5km split times. 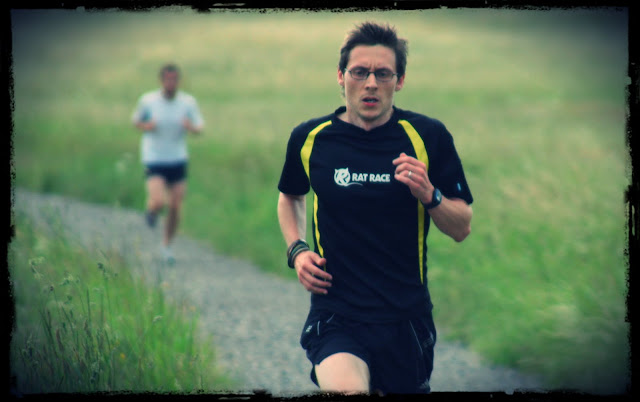 A few hundred metres later we left the gravel path and headed back towards the start line and, shortly after that, the 3km point. Then around ‘Condon Corner’ for the second time and back through the trees, where we eventually reached the 4km mark - Almost time for that final push!

Finally we were out of the trees and into the final section. After working our way around the path, we split from the course loop and onto the final straight and across the finish line to the welcome sound of cheers from the assembled supporters and volunteers! 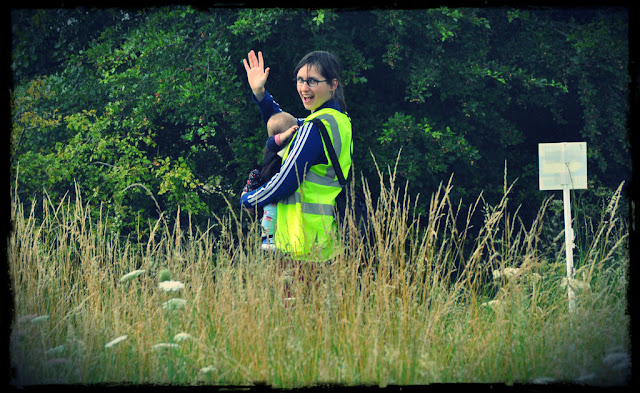 Dani volunteered as a course marshal this week. The role came with less pressure than her usual role as photographer! She enjoyed it very much and will marshal again soon. 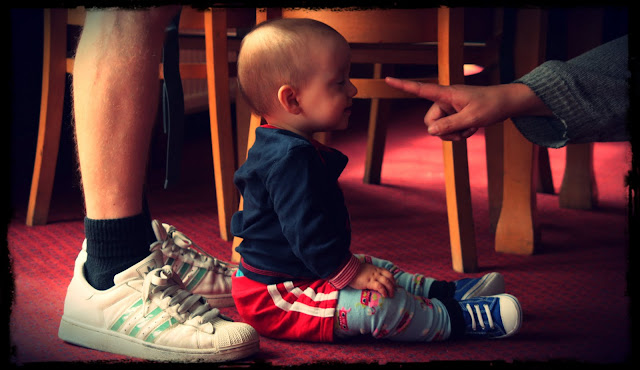 I just love this photo (hand courtesy of Nicki)


After the run we went to The Good Companions pub for a coffee with all the lovely people we have met at the event.

Thanks to Dani for taking the photos for the blog again!

Thanks to Matilda for looking so damn cute!

Thanks to Nicki for giving me the push I needed to write the official report and also for the Mars bar!