Generally they (IT bands) have been fine, but there has been one flare up that I didn't write about back in June and a new one that I need to figure out.

The one that I didn't write about occurred during my hill running sessions down at Beachy Head. I think that was caused by way too much downhill running, it sorted itself out very quickly once I cut out the extreme (down)hill running.

The latest flare up is on the left side. It has been very mildly saying 'hello, remember me?' on and off for about two weeks. In order to get on top of it I need to look at the things that have changed recently that could be causing it, ready?

This is what I've come up with so far..
What now?

One thing that I know from experience is that NOT running does not work. It might help to ease the initial soreness, but the cause of the problem is still unknown and it is likely that the pain will return on the next run. With that in mind I will keep running, if it gets worse I may run shorter distances and increase the number of running sessions - this helped me to keep the mileage/running time up but each run was short enough to avoid bringing on the pain. 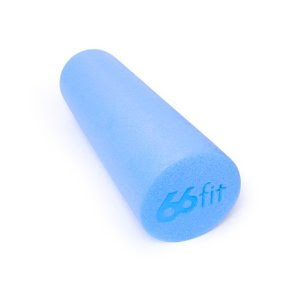 The first step is to foam roll and get into the pigeon pose as often as time allows - at least twice per day. I have to admit that over the last few months I have been doing these less than I should. When I am not at home and need to roll a good alternative is to use an unopened 2 litre fizzy drink bottle. Both IT bands seem to be knot free at the moment so it could be that my glutes are tight again ( please don't laugh - :-p ).

I'm also going to stick to running on the flat, or at least just walk any steep downhill sections I come across. Not a problem on my London route because it is as flat as a pancake!

I hope the mileage is not the problem. It hasn't risen drastically, I make sure I keep any increases to a couple of kilometres per week. I won't cut it significantly to start with (Although I could trim the long run). To be on the safe side I won't raise it either. Also, not sure if wearing a backpack (only during the runs to work) could contribute to this or not but I hate it anyway so this is a good time to stop.