I woke up at 6:45, got ready and started to loosen up. Then I looked out of the window - it was raining! Upon hearing this news, Dani decided that the sensible thing to do was for her and Matilda to stay in bed while I went off to the parkrun.

Fast forward an hour and a half..

Standing on the downs there was a slight misting of rain but that soon cleared and the race took place under the overcast South London sky.

I didn't think too much about strategy today, I just decided to get on with it. The only goals being to hope my IT band behaved (which it did) and to stay sub-20. 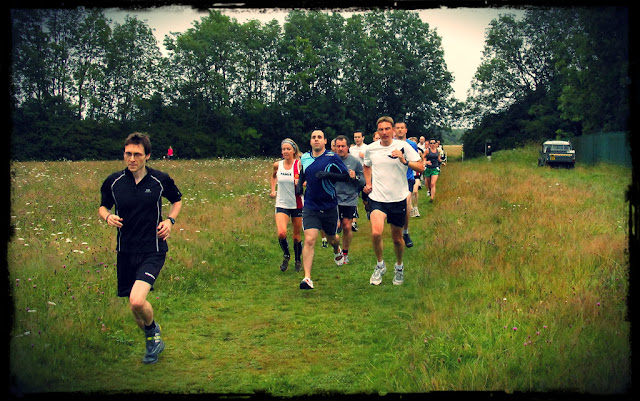 I set off at a hard but comfortable pace and completed the first kilometre in just under 4 minutes. The second kilometre was pretty similar. It was at this point that this week's excitement started.

I was in fourth position when I caught sight of one of the junior runners just ahead of me. As we progressed through the next kilometre I found that I had closed in on him. We went around Condon Corner and shortly after, I passed him (or maybe he let me pass).

I was hoping that he might fade, but he stuck to me like glue all the way through the trail section of the course. We came out of the trees and entered the last 500 metre stretch. When we were about 400 metres from the end he put in a little kick and passed me. He kept pushing and in the end he crossed the line four seconds ahead of me and took third position.

After lying down to recover for a few seconds I shook his hand and congratulated him on his fine running. I learned a bit more about racing today.

I didn't have much time to hang around this week, so I took my fourth place barcode over to the desk to be scanned, then I headed back to the car.

Another thing I have learned this weekend is not to drive while under the influence of post race adrenaline / exhaustion. The driving itself was fine, but my head must have been drained of vital thinking juice. I was driving along the motorway, it gradually dawned on me that the scenery didn't quite look familiar. It transpired that although I had started driving in the right direction, I somehow managed to get myself on to the M20 heading towards Ashford. After a bit of faffing around I found an exit and managed to find a road to Tonbridge. I arrived home about 30 minutes later than planned. 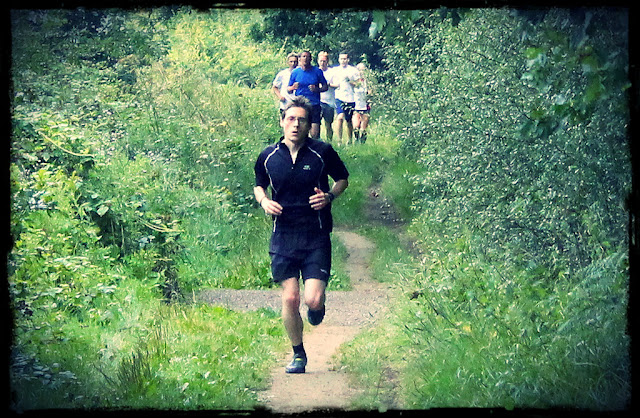 Being chased by a pack of parkrunners! ( Photo: Nicki Clark )

I hope Dani enjoyed her unexpected Saturday morning in bed!

Also I'd just like to add a huge thank you to Nicki Clark for letting me use her photos!