We all know what happens at parkrun, I do end up telling the same story over and over again, but it's what I do in these posts..

So for what it's worth..

I ran the first kilometre at a nice easy pace with Pete, then I headed off at my own pace.

The ground was wet and the mud was very slippery. In some sections most of the effort I put in was wasted as my feet slipped around underneath me. I caught up to and passed many people over the next four kilometres and somehow during my last kilometre I was only about 20 seconds off my 5k pb pace from last September. 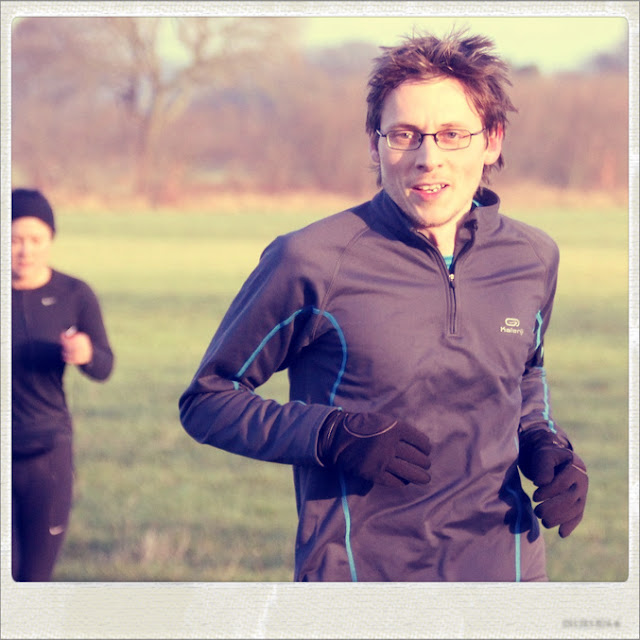 I stood around chatting for a loooooong time after the run had finished and when I tried to find Mrs7t, I couldn't. She had already gone to the pub.... with the car key!! So I had to go all the way to the pub to pick the key up and then walk all the way back to the car. I say 'all the way' but it is only a few hundred metres. It was fine.

On the way to the pub I found a little lost dog who answers to the name 'Molly', she was wandering very close to the road and she looked like she was lost. I knelt down and had a chat with her and when I asked her to follow me I was happy that she did (I don't have much dog experience so this is probably just normal). Once we were back at the entrance to the downs she spotted her owners and ran off on their direction. They looked pleased to see her.

Once all the parkrun things had drawn to a close we headed off to Tonbridge, but before arriving home I had a very special task to complete.

An idea grew out of the runart project. The idea was for nine janathoners to each draw a letter using their GPS tracking so that we could spell out the word 'janathon', of course janathon only has eight letters.. The ninth was for the hashtag. I had been lucky enough to be given responsibility for creating the 'H', so we stopped off at the cemetary so that I could draw it. Once all of the letters are complete I'll put up a collage on the runart blog. 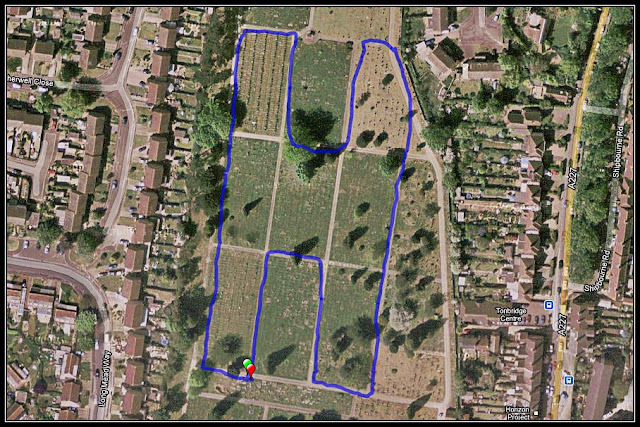 So for day 28 of Janathon I ran the following