I did't know what to write about for my blog post so I decided to scrape the barrel.. 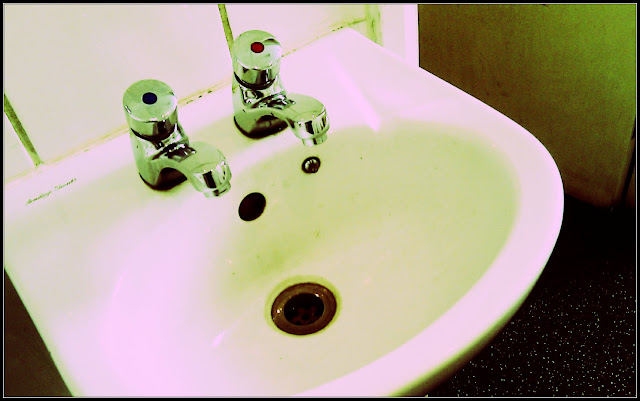 You know how you go into the toilets in an establishment and they sometimes have the taps (see photo) that you push down and it lets water run? The tap then returns to its original position and cuts off the supply. Usually it will run for 10-20 seconds - just enough time to wash your hands. Quite good really - It helps to prevent drunk people forgetting to turn them off afterwards, thus preventing a flooding incident.

However, every now and then you will encounter a set of taps where the on/off mechanism has worn out and after pushing it to the 'on' position it returns to its 'off' position almost immediately.

Some clever people will try to push the tap down and then get boths hands under the tap before the water cuts off.. this is rarely successful. What you end up doing is using the one-handed mode. You hold down the tap with one hand while trying to scrub the other hand with itself. Then you switch hands resulting in a spot of (sorry) tap dancing!

I know a place where this happens and I go there every week (I'm not naming it). I've got used to it and instead of finding it annoying I actually look forward to my weekly hand-washing-faff.