I have somehow managed to fall behind with lots of internet related things. I haven't listened to the parkrun show for ages and, more worrying, I have fell behind on my weekly parkrun blog post.

So it is now a week and a day after the run and I am on holiday in Germany writing the blog post on my phone. 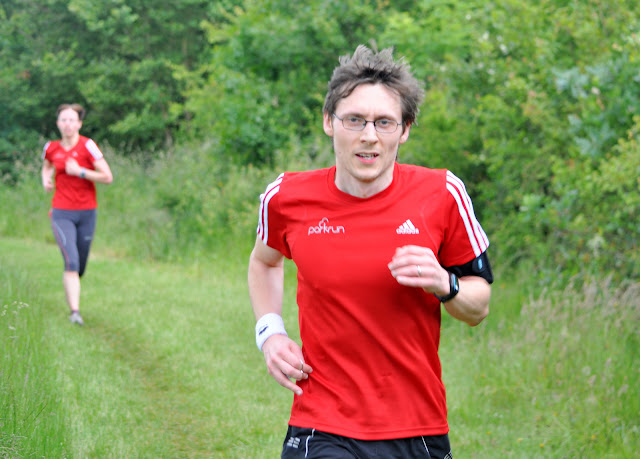 Event 55 went down in pretty much the same way as most other recent parkruns. We were still staying at Westminster, so we had to drive down the A23 again. My brother ran his 3rd parkrun and I ran my 60th.

I went off ahead and eventually arrived at the 5km point after 22 minutes and 57 seconds. I then Hung around at the finish line waiting for my brother. He came in a few minutes later.

Plenty of silliness occurred at the finish line involving hats and performances of the penguin dance.

We had originally thought that this event would be the last official run of the first year of Riddlesdown parkrun. However a week later we would find out that the points table hadn't been reset. More about points tables in future posts.
Posted by copy7t at 03:00