The night before the parkrun we had to stay in central London rather than at home, so our journey to Riddlesdown was a completely different experience. We usually spend most of the journey on the motorway, but today had to slowly crawl down the A23 at 30mph.

Also, the day before the parkrun I had registered my brother and presented him with his barcodes just before telling him that I'd be waking him up at 6.30am in order to get to the parkrun on time - he was not impressed.

We left central London at 7.32am and arrived at Warlingham School at around 8.20am. In the process we had driven directly past four other parkrun venues, and I worked out that there were around 16 - 20 parkruns that would have been quicker to get to. 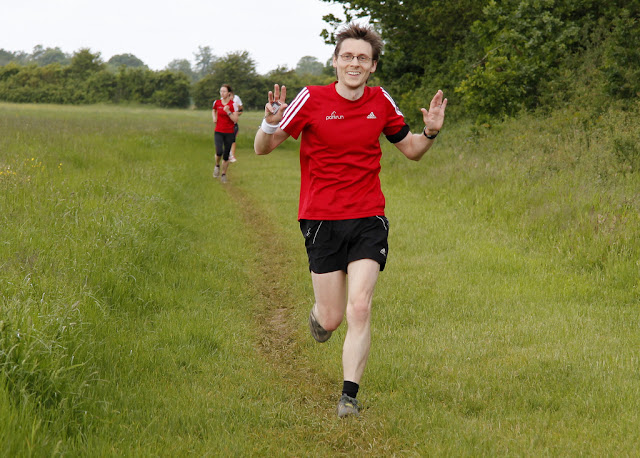 Once on the downs I gave my brother a quick tour and described the route. We started together from the back, but after 300 metres we settled into our own preferred paces.

The course had held up pretty well considering we had had some rain over the last few days, there were a few puddles but at least the dreaded mud had not returned (i like it really). 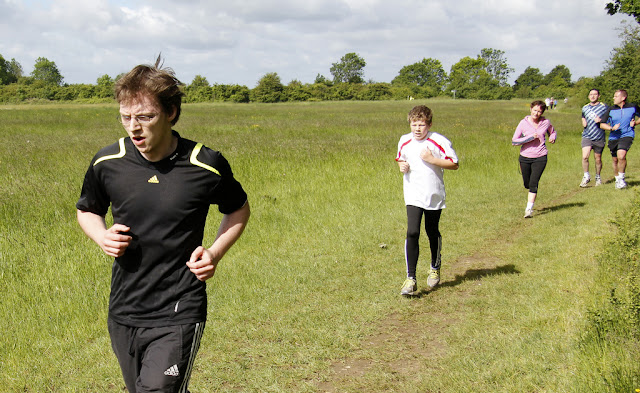 Once I had finished I made my way back along the course until I saw my brother coming along, then I ran the rest of the way with him. I eased off to let him tackle the final straight while I picked Matilda up from mrs7t and then headed off down the finish straight for the second time. We veered to the right just before the finish line to avoid me being counted twice.

After that we spent a few hours chatting in the pub, before heading off back to central London to get settled before the evening's Euro 2012 matches! 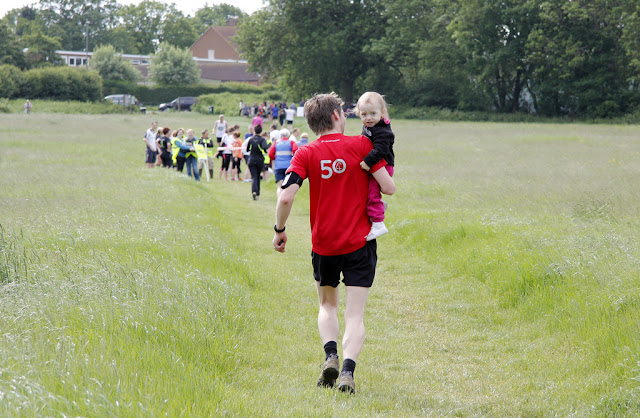 Today's run was significant. Not becase it was the 56th run of my streak, but because of the detail hidden within. Due to the extra bank holiday events, I have now set the shortest streak of 50 that I am ever likely to achieve. That is 50 parkruns in the space of 302 days.

Juneathon: This run was day 9 of Juneathon. Unfortunately I managed to completely fail days 7 and 8 - I'm supposed to record some excuses.

Day 7 - I was so busy, I went to work and then after work had to take the train back home to Tonbridge, pick up the baby and the wife and then drive all the way back to London. I had a vague plan to do some weights just before bed, but it just didn't happen.

Day 8 - I probably could have done some weights because I did have the time. However, I just couldn't be bothered. So with the evening being busy and not being anywhere near a computer I failed again.