Week three of my September parkrun tour and it was Orpington parkrun's turn to host their inaugural event. This one had been on the radar for quite some time and I had always intended to be here for the first one. As the date drew nearer I noticed a definite social media buzz surrounding this one, so I thought that it would be pretty well attended. 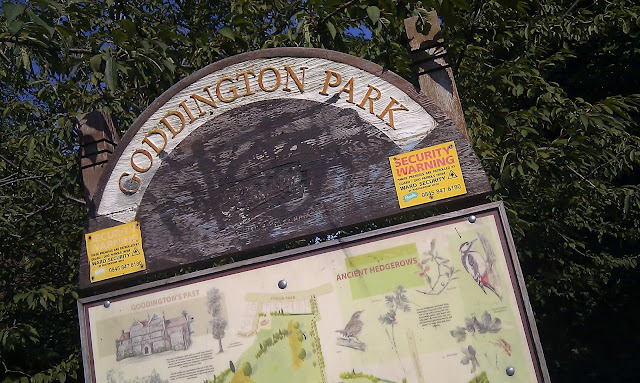 During the week leading up to the event, the arch of my right foot had been hurting, and on Thursday I was seriously considering not running at the event at all. However, I, like a lot of parkrunners, just won't miss one unless it is absolutely necessary.

I had studied the map beforehand (as I always do) so was familiar with the route of the run and how to get to the event car park, which was bulging by the time we arrived. Still, we found a space, I got changed into the correct shoes and headed into Goddington Park. 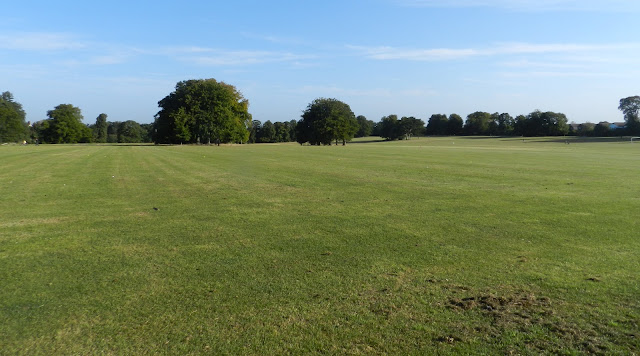 Mrs7t and Matilda found the playground and were quite content to hang out there while I did my thing.

At 9am sharp the pre-run briefing started. We were given a thorough course description - including a very clear warning that there is a concrete post on the route and it would be much better all round if everyone could avoid running into it! As far as I know all 163 participants successfully negotiated it (and its slimmer (wooden?) sibling further down the path). 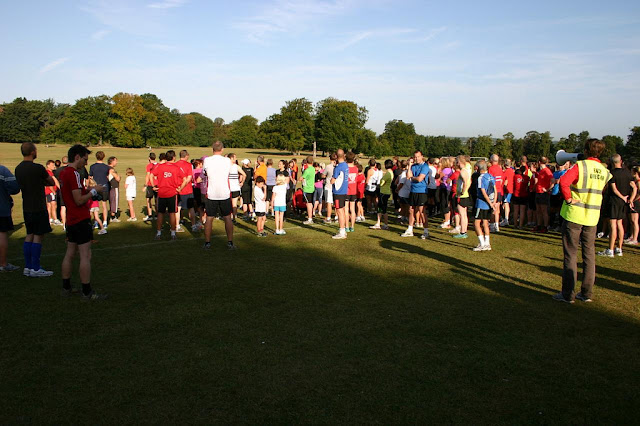 The course is almost three complete laps of the park. As for the terrain, my rough calculations have it at 900 metres on an uneven concrete path, 600 metres worth of smooth tarmac, and 3.5km's of grass/dirt paths.

The changes in terrain make this an interesting route, you go from open playing fields to tree lined path and then through more trees where you have to watch your step as there are some protruding tree roots, and back to playing fields. The route does undulate ever so slightly but it's barely noticeable during the run. 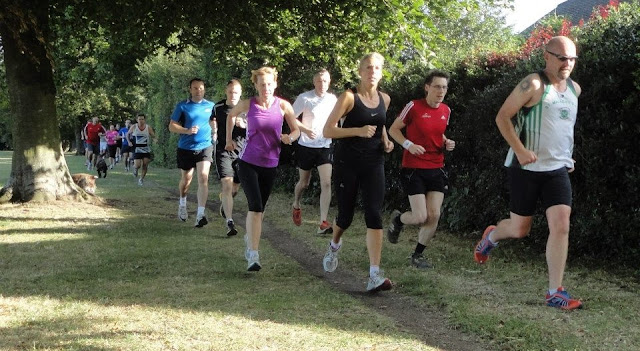 Given that my foot had been hurting, I decided to take the run easy (it seems like I'm always taking it easy these days) and almost 24 minutes after the start of the run, I crossed the finish line.

This was the first parkrun I have been to that offers refreshments at the end, so I grabbed a cup of water and a cookie and then wandered over to the playground to reunite myself with the rest of team 7t. 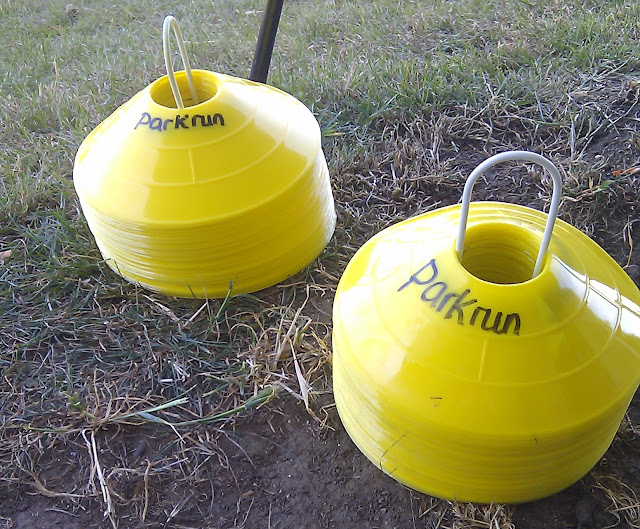 When Mrs7t heard about the cakes on offer she practically dragged me back over to the pavilion, dunked some money in the honesty box and the three of us merrily tucked in.

During the time we were there we bumped into @abradypus, @roundshawrandom and the rest of the Roundshaw on tour gang, Tim, Lauren, and Fiona from Riddlesdown, and @runningthetube - I was delighted when the offer came for a guest slot in a runningthetubelines style photograph! (see below) 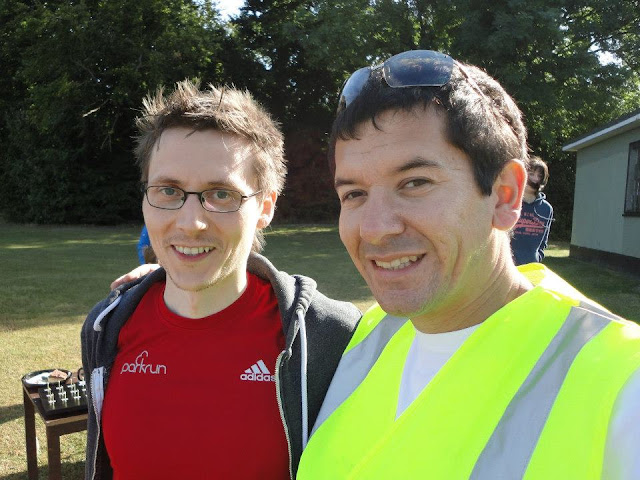 And so another nice local* parkrun joins the family, which I think technically is now my closest venue to home. I'm sure I'll be back here in the future when I am fit enough to give it a proper time trial effort. For now I have one week of touring left which will take me back down to the south coast and then I return to Riddlesdown to reacquaint myself with my parkrun family.

*by local I mean any parkrun I can reach without leaving home before 7am. Not that I mind leaving earlier, of course.

Update: I visited in 2018 and wrote a more comprehensive post about the event, here: Orpington parkrun