This parkrun was all about our new toy which we had picked up the previous Sunday after I had asked the world of twitter for help. We were very fortunate with the outcome, so a big thank you to Adele for hooking us up with the Baby Jogger 2! 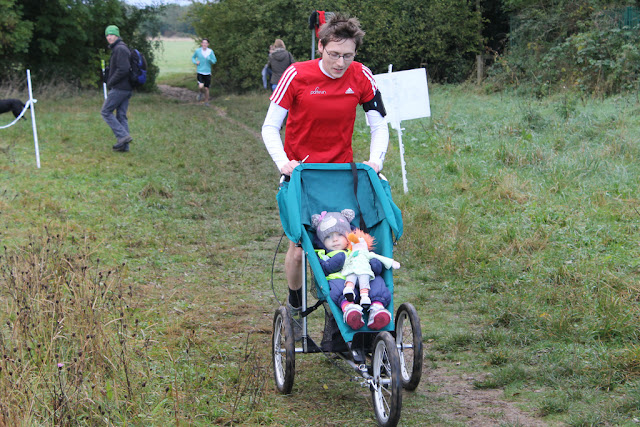 We arrived at Riddlesdown parkrun slightly later than planned, unloaded the buggy and proceeded to attach the wheels. Matilda was kitted out in her winter gear and she was soon secured into the buggy along with Beaker (from the muppets). 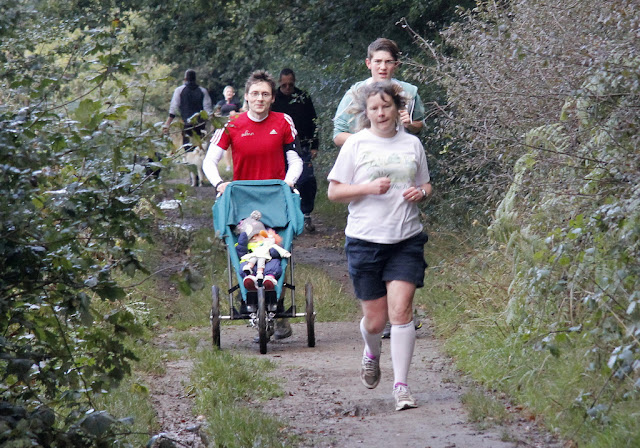 At 8.55 we were still in the car park so I had entered panic run territory. We made it to the start line just as Nicki had started the run, but before starting I had to reset my GPS. A few seconds later I was hot on the heals of the rest of the runners and was shortly joined by Ted (who was also late!). 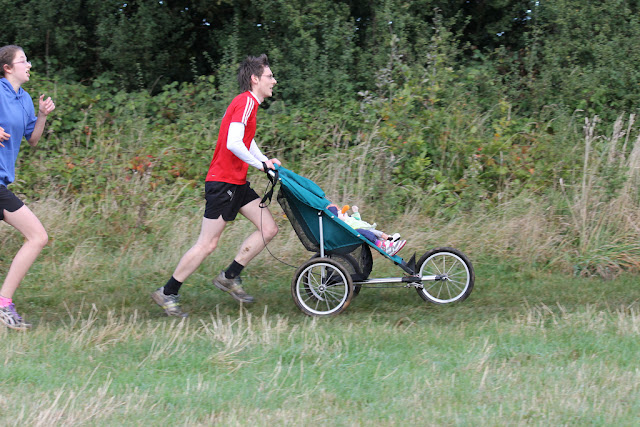 When you run it with a buggy the course has the feel of four different sections. Section one covers the grass paths between the start line and Condon corner, Section two is the trail, section three is more grass paths (including the sleeping policeman section), and finally section four is the stone/gravel path.

Without a doubt the hardest section to negotiate with a buggy is the trail section. Eveytime I hit a stone the buggy bounced al over the place, and I felt that I had to constantly check that Matilda was okay. I tried to entertain her by going through a few puddles - which she enjoyed - but they were few and far between this weekend. 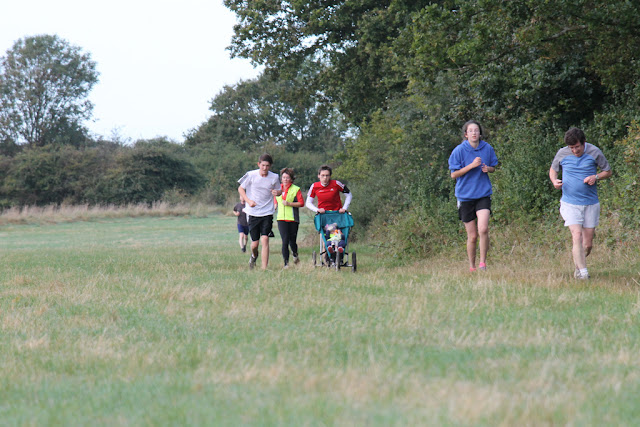 Riddlesdown parkrun does have a reputation for being very muddy after periods of rain. Today the course was muddy but not as bad as it can (will) be. The mud gave an extra bit of resistance and even though it took 28 minutes to complete the course, I felt like I had just raced it. The splits came in at a fairly sedate 15:40 for the first 2.5km and a slightly faster 12-and-a-bit minutes for the second half.