Riddlesdown event seventy and it was my turn to run. It was the coldest parkrun so far this season and I opted to try out my new base layer, and for the first time since receiving it I left my parkrun 50 club t-shirt at home (I don't want to wear it out!)

The plan for this parkrun was to take it easy-ish as I had signed up for a 5k race the following day and didn't want to end up overdoing it and unable to take part. 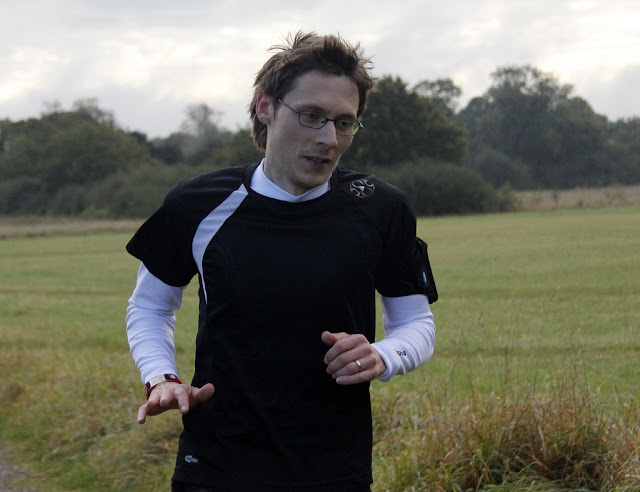 I started off following the plan, I chatted to other parkrunners for a while. Then I spotted a first at Riddlesdown - a runner with a buggy. I had been considering this but had come to conclusion that Riddlesdown course was not the most suitable for a normal buggy and I couldn't really afford one of those really good running buggies. So I followed him to see how he coped, and by the first km point I had seen enough and decided to press on.

The night before the run it rained all night and as there was not enough time for the water to drain away we were left with some big puddles and a few slightly muddy sections. As the run went on I found that I was doing an unintentional fartlek session. But on I went.

As I entered the last kilometre or so I spotted some people in front that I thought would be fun to try to catch, so I kept pace until about 400 metres from the end and then put in a big effort. I caught up with Pete and was in too much agony to make conversation so just focused on the next runner, John. By the time we entered the final straight I was right behind him and in the mood for one last sprint, so I gave it all I had until I crossed the line. 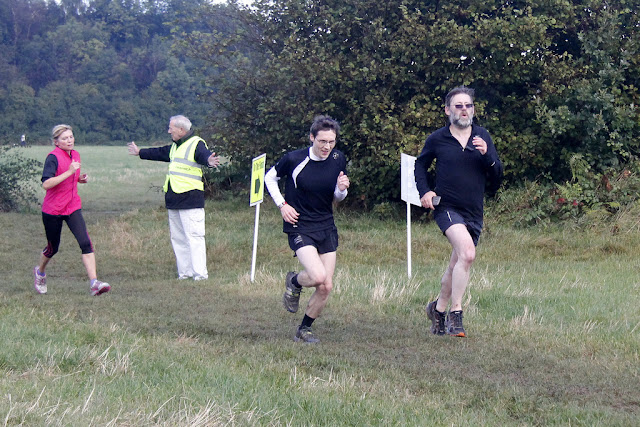 Exhausted by that final section, I headed straight up to the registration desk where Mrs7t and Lime were waiting for me. As I walked along I knew that I had probably pushed a little hard and my right calf was a little sore.

I thought back to the runner with the buggy and thought that maybe I should explore the possibility of finding one that we could use, but it would need to be an all-terrain version that would easily be able to conquer the course. Let's just say that I was extremely lucky, but I will write more about this next week.
Posted by copy7t at 09:42