Please note: This is a very old post and doesn't quite cover the venue in the same detail as I do now.
For a full venue write-up please visit this post instead: Burgess parkrun 2021 write-up
Burgess parkrun is the closest parkrun to my current home and is a venue I had been saving for one of those days when I really needed to get back home straight after without too much fussing around with trains etc.. 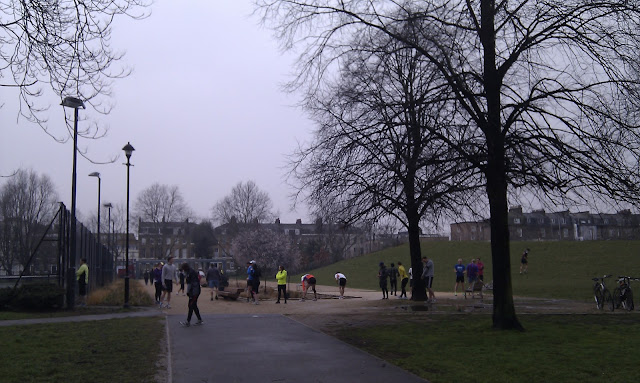 So at 8am I left home on my Jamis Eureka mountain bike to make the 4km journey. 30 minutes later I was still chatting to a friend/colleague I had bumped into before leaving the building. Fortunately it only took me 14 minutes to get there - and that included being stuck at a few sets of traffic lights.

There are a number of bus travel options but I won't go into them here. As far as trains go you can take your pick from Elephant and Castle, Loughborough Junction and Denmark Hill or by tube you could head to Elephant and Castle, Oval or Kennington (which is the closest). There is a car park in the park - it's not very large but had plenty of available spaces when I cycled through and is completely free-of-charge for up to four hours - the car park is accessed via Albany road. 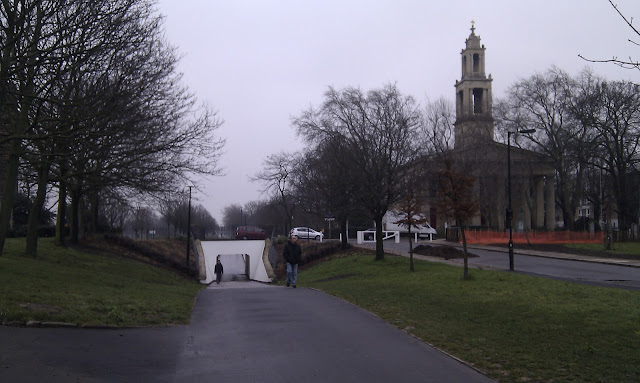 I entered Burgess park at the Camberwell Road end because that's where the run starts. There are three bike racks right next to to start line so I secured the bike before joining the rest of the runners on the main path right next to the tennis courts (and toilets). 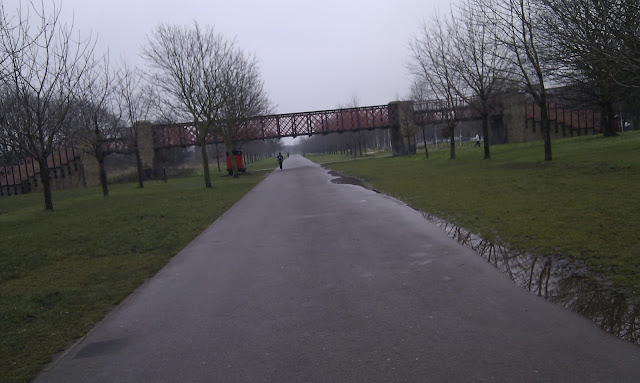 You swing a left a few hundred metres after the bridge. After working your way through the centre of the park you finally reach the lake which the course loops around twice before sending you back through the centre of the park, which then leads you back to the bridge to nowhere. At this point you run back in the opposite direction along the long straight until you reach the finish line. 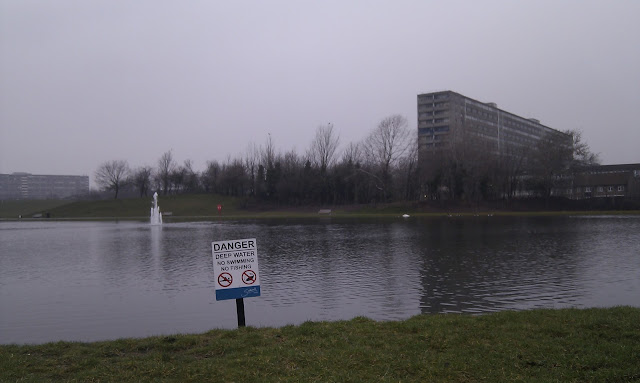 The course is essentially flat but you will notice a couple of slight gradient changes as you go around the course. The surface is tarmac - on the week I ran one tiny section was closed and I had to run across some muddy grass, we're talking 10 metres here so no need to reach for the trail shoes!

At the end of the run I was very grateful to be handed half-a-banana as a post run snack by one of the volunteers - thank you so much. 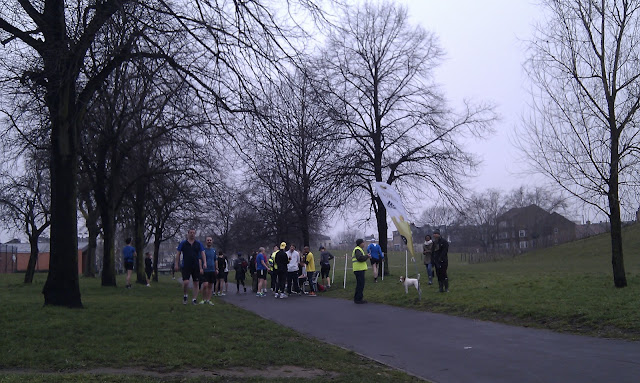 Once scanned and back in my cycling atire, I rode through the park (mostly on the official cycle path that runs the length of the long straight former canal) to take some photos before heading off on an extended bike ride (9.7km) back to Westminster.
Posted by copy7t at 01:44