Despite growing up not too far away from Brockwell park, I had only ever set foot in it once before and that was to visit the lido (a grade 2 listed building), which didn't involve me venturing that far inside the gates of the park. So I was quite excited to finally be heading towards the park find out what it has to offer. 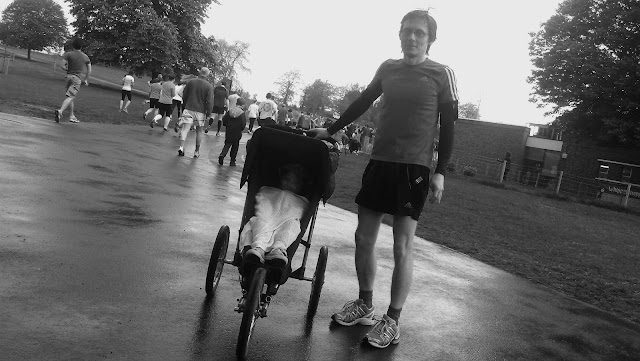 If I had been alone I would have cycled to this venue, but when our plans for the rest of the day grew out of control I decided the best way to travel was by car. The ladies hadn't accompanied me to a parkrun for a few months so I thought it would be nice for the toddler to join me for a buggy run in the baby jogger 2.

Car parking is available on the road adjacent to the park, outside the lido (Dulwich Road) and is free on Saturdays. If you decide to travel by bicycle, there are quite a few spaces in the cycle racks next to the lido/start line (see photo below). Herne Hill station is the closest you'll get by train, or you could take the tube to Brixton but it's a bit of a walk - however it would probably serve as a nice warmup. 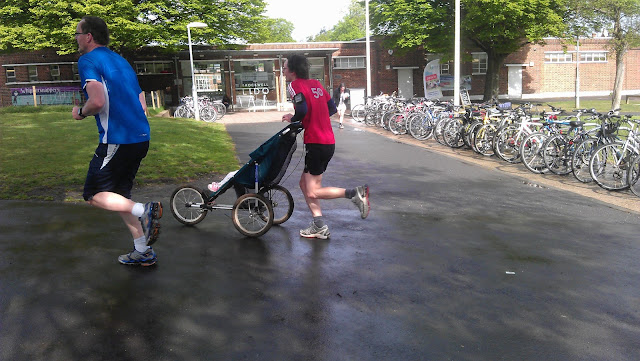 As we entered the park the majority of the marshals and runners were huddled together outside the lido - the reason for the huddle was that it was gently raining. After the pre-run announcements, just as we were all making our way to the start line, the rain suddenly got much heavier.

It's worth noting that if you have a bag or any items that you are not going to run with you can drop them near the finish line and then make your way to the start line. As the run got underway, the parkrun weather fairies jumped into action by stopping the rain and pushing those clouds aside to let the glorious sunshine take its place! 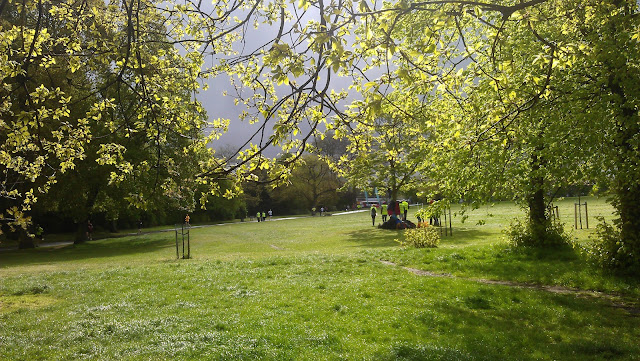 The course is of the undulating variety and is all on tarmac apart from the last few metres where you are diverted onto the grass to the finish funnel. It's run over two laps, but the laps are not identical - The first lap is slightly longer than the second and follows the path around the perimeter of the park.

As you start the second lap you are directed onto a path that cuts through the park, which is where you'll negotiate the steepest of the undulations before joining up with the perimeter path once again. 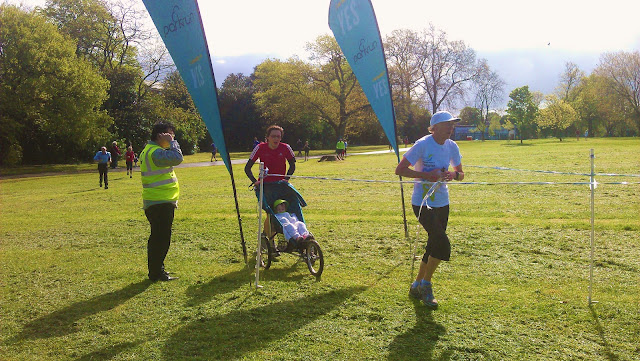 As I've been out injured for what seems like forever, today was never going to be about finishing time and I'm really glad that I took the time to take in the sights and I'm even gladder that I took the toddler with me for the run. It is quite difficult to run up a hill and make conversation with her at the same time, but somehow that's what she had me doing - I reckon it's probably quite a good training technique.

After crossing the finish line we joined one of the two orderly lines to have our finish token scanned before having a chat with the only other buggy runner from the day's event. 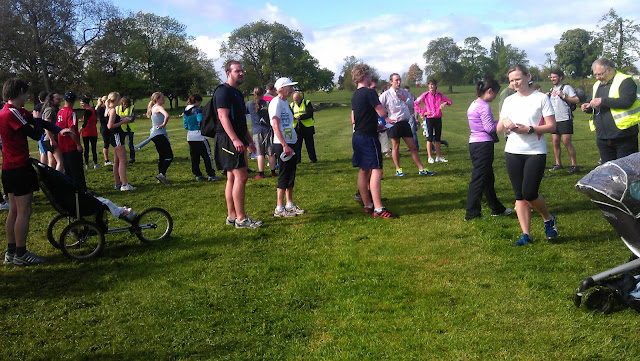 The park really is quite lovely. The rolling landscape and the thick, plush covering of beautifully green grass made it a delight to run. At the highest points you can see across into the City of London with the Gherkin and the Shard both being clearly visible. 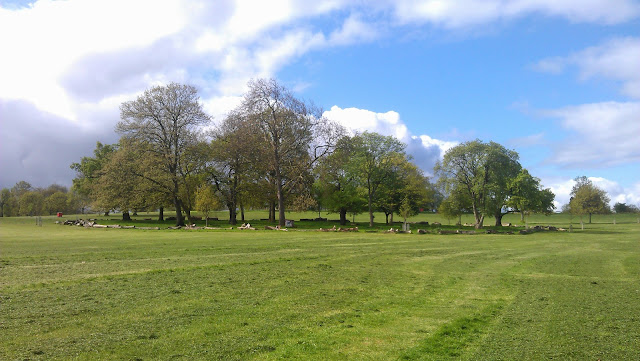 Brockwell parkrun is well worth a visit. If you do so in the summer I imagine it would be a great location to spend the whole day, which I've made a note to do when the real summer arrives.

The photos were taken by Mrs7t, who never complains (to me at least) about being dragged out of bed early to stand in the rain while I run - thank you!