Ever since the second half of 2011 I have been focused on the exact date I could potentially reach my 50th parkrun. At first it seemed that it would be at the end of May 2012, but then the extra events over Christmas and New Year were announced and that brought the potential date forward to the 5th of May. It would only be possible to hit 50 parkruns on that date if I managed to run at a parkrun every single Saturday. I wasn't sure if it would be possible, especially over the winter where the snow could have forced me to miss an event. Fortunately, I managed to make it right through the winter and as the weather improved I was confident that I would make the 5th of May my 50th parkrun.

Fast-forward one week, I was stood on the start line at Riddlesdown event 47. In just over twenty minutes I would leave the most populated of all parkrun groups (the 1-49ers) and become a member of the 50 club - something I initially thought may take me a few years to achieve. I thought back to my first ever parkrun and remembered seeing fellow runners proudly displaying their 50 parkrun t-shirts. I hoped that one day I would join them.


My first #parkrun instagram photo of the day was taken to show the conditions: 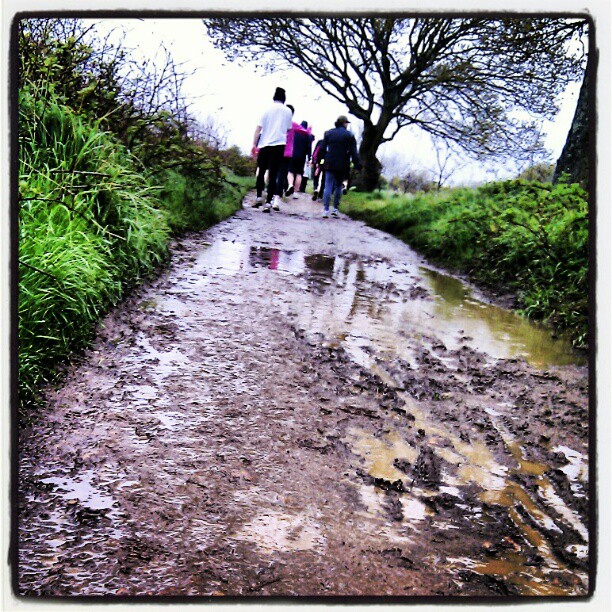 Once at the start area I couldn't find any satellites to track my run so I faffed around with my phone until I did find some. The problem is that while I was doing that I couldn't hear all of the pre-run announcements and although I clapped every time there was clapping I didn't actually realise what I was clapping for. It turns out that Chris won the Sweatshop monthly prize for April - A truly deserved award and surely is the icing on the cake of a brilliant running month for him. Congratulations!

I had decided to take today's run a little easier than in recent weeks. So when the run was started, I casually strolled along the first few hundred metres of the course. As you can see from the photo above, it was very muddy. by the time I reached the trail section I was ready for some mud action, so instead of dancing around the puddles I thought I would try out the method where you just plough right through. 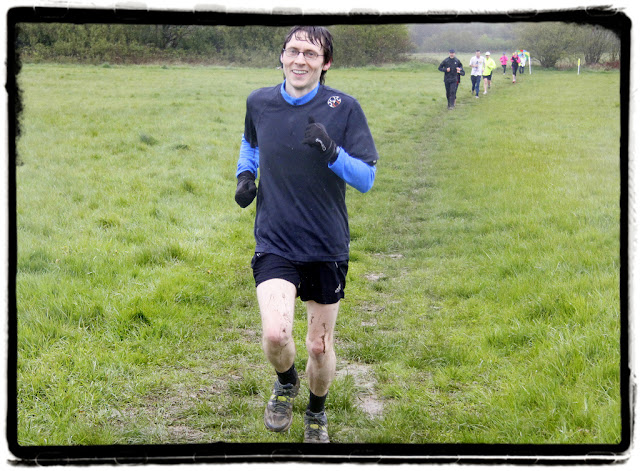 There was not much mud during the first kilometre, but once in the trail section there was plenty to play with and I picked up a fair amount as I cruised through. The section after the trail was very wet and muddy and I continued with my direct approach to dealing with the puddles. My shoes were now soaked and legs had a fairly decent splattering of mud.

I was also raining, a first for Riddlesdown (or Piddlesdown as it has been named). I reached the half-way point and the time on the clock was 11:50. I was going to hold back throughout the second half, but something clicked inside me and I started looking for people to catch. Initially I managed to keep the pace down, but once I entered the trail for the second time, I changed up a gear and really attacked the last kilometre.

I ended up crossing the line in 14th position with a time of 22:52. I was actually expecting my time to be in the 23:xx zone so I was very happy. I wasn't too wrecked at the end of this one, but I was cold. I toyed with the idea of heading straight back to the car. In the end I hung around briefly to soak up a bit of chittter-chatter. Once the cold really started to get to me I then headed back over to the car. 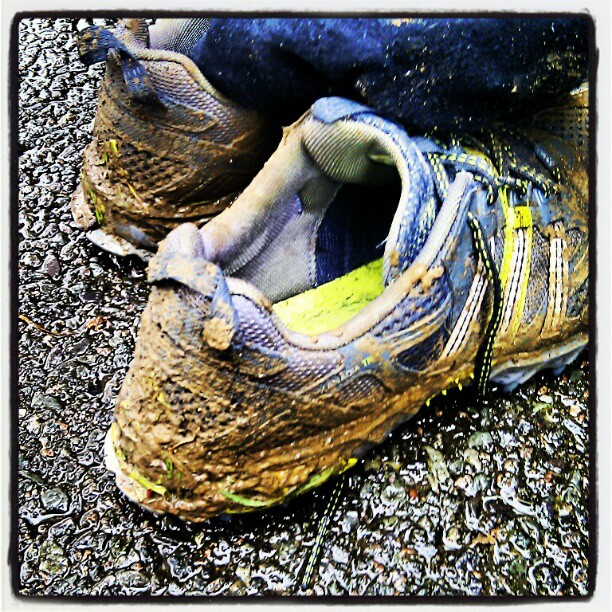 Of course, we headed off to the Horseshoe, and after a brief scare where nobody in the pub knew anything about our arrangement for early access and coffee, we managed to get ourselves seated and warmed up.

Being a member of the 50 club means that I will receive one of the lovely, red, 50 club t-shirts. The email confirming my entry arrived a couple of hours after the run, I have replied with my size and confirmation of my home run. All that's left to do now is wait for it to arrive!

Some stats from my first 50 parkruns:

Which events and how many?
Riddlesdown - 47
Banstead Woods - 2
Roundshaw Downs - 1

Approx 2500 miles of traveling by car to attend the parkruns

Mrs7t and baby7t have managed to be at 47 out of the 50 runs (they missed two at Riddlesdown and the one at Roundshaw), which is a shame, but they were all necessary absences. Of course, if it wasn't for the support and encouragement that Mrs7t gives me I would not have made it to 50 runs quite so quickly, so thank you.

I received lots of lovely tweets after the run, so thank you for all of the messages. I think I manged to reply to all of them. :-)