For the second week in a row, we had a wet course. The puddles were not as large as they were at event forty-five, but there was a little more mud and there was a misty spray of wetness in the air. The temperature was around 7 degrees or so and it was cloudy, I didn't notice any wind.

Before the run started, I took my #parkrun instagram photo of the day - 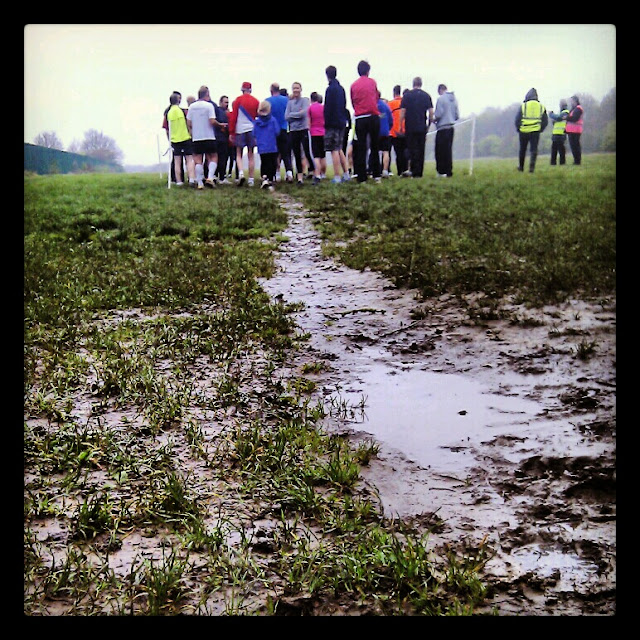 Everything started how it usually does at parkrun.

Initially I may have gone off too fast. The reason being that I was not far behind Ange, and in recent times she has very quickly become a dot on the horizon. But I felt ok so decided to stick with the pace I had gone out at.

I decided that I didn't want to attempt to overtake Ange (she would have reeled me back in anyway!), but thought that if I could stay with her I could be on for a better time than in recent weeks.

At the half-way mark my time was 10:31 - If everything went to plan that could have meant a sub 21 time for the first time since early February. But as usual I began to suffer with what I thought was a stitch. It turns out that it probably wasn't because it was right up in my shoulder, but it did feel very similar. Anyway, it took the wind out of my sails for the second half of the run. 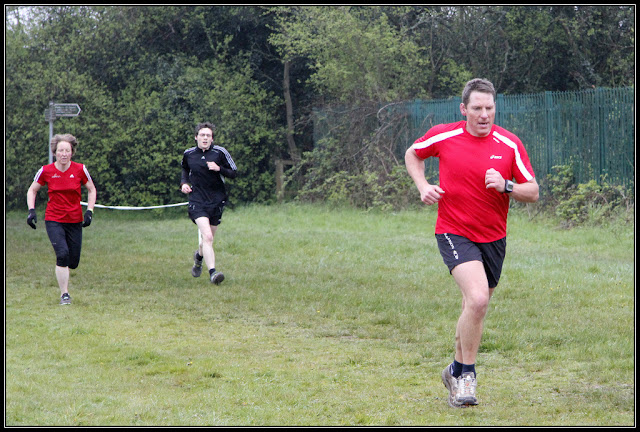 By four kilometres I was ready to throw in the towel because my body was screaming at me to stop. But as usual, you don't stop, you just push on right to the end.

As I ran down the final straight, the finish line looked like it was moving away from me. Maybe my glasses were playing tricks on me. This week I was presented with finishing position barcode no.10. My time was 21:15 - my third fastest time this year. 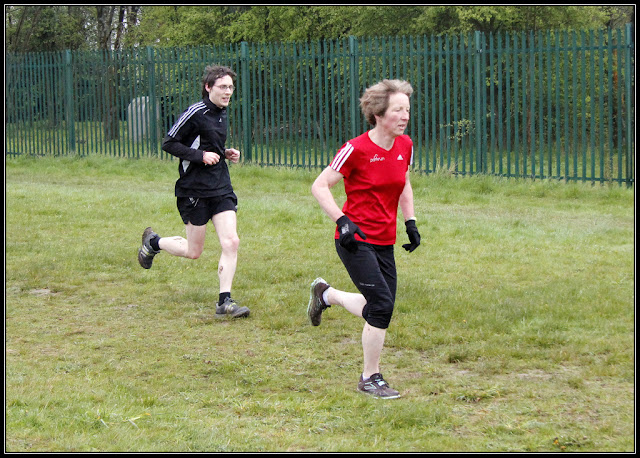 Recovery seemed to take a while, but as soon as I felt able to talk I went and mingled with my fellow parkrunners. Then I realised that I was getting cold, so I headed over to get my barcode scanned and then made my way back to the car.

Today's photos were taken by Chris - Thanks for letting me use them for the blog! 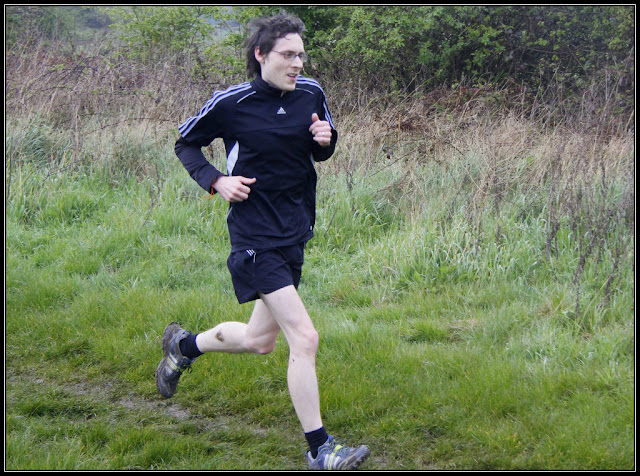 As usual we went to the horseshoe for some coffee and results. This week we were treated to some vegan cookies, which were much nicer than any we've ever made. I must see if I can get hold of the recipe!
Posted by copy7t at 16:08