After a week out of the country, we returned to Riddlesdown for the first year anniversary celebration event. Now that my parkrun streak has been broken, we have decided to mix things up a bit. So, at this event I volunteered and kept the baby with me, which left Mrs7t free to run.

Firstly it was wet. Very wet. There were lots of big puddles and parts of the course almost had to be reclassified as lakes. Fortunately the Gibsons brought along a pair of wellies for me to use - Thank you!

Mrs7t prepared herself to run while I collected the stopwatch from Nicki so I could fulfill my role as halfway timer - a role I have been keen to try for a number of months.

It made a change to view the event from a different point of view. Usually when the run director calls out 'timers, are you ready?' I am just standing in the crowd waiting to be sent on my way, but today I had to confirm if I was ready - I was! 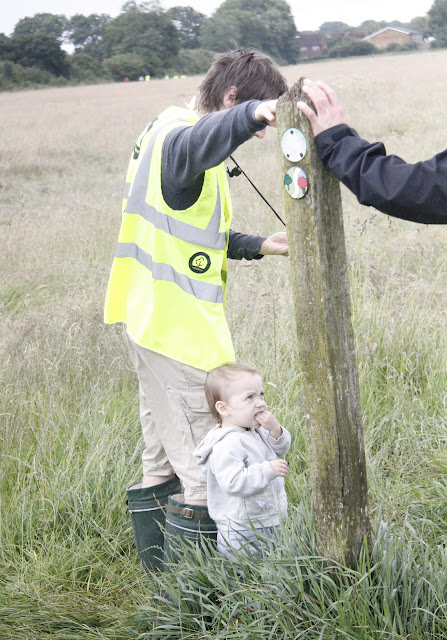 Halfway timer is a nice introduction into the world of the parkrun timer team. Out of the three roles - the other two being THE timer and backup timer - the halfway timer carries the least pressure as if you make a mistake the actual finish times are unaffected!

I made my way to the half-way point and about a minute before the first runners were due to come past, the Riddlesdown deer put in appearance. It was leaping through the long grass, it then crossed the path and leaped off into the distance. 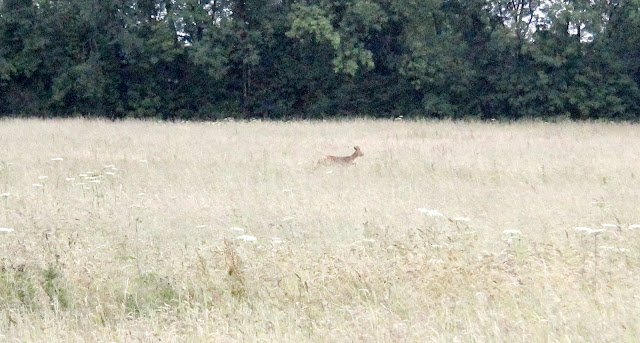 About 9 minutes after the start of the run the juicy part of my day's job began. Fortunately the runners were quite spaced out by the time they reached me and there were only a few occasions where I had to call out times in quick succession. 11 minutes later the last runner reached me and my job for the day was complete!

I then made my way to the finish line to wait for Mrs7t to arrive, and shortly after she did. Thus completing her 9th parkrun (and first of 2012) in 39:25. 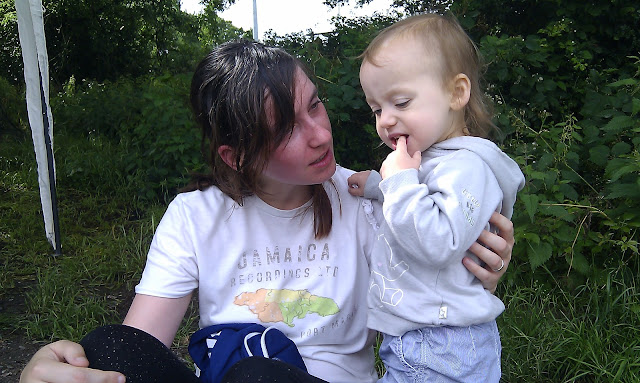 With this being the first year anniversary celebration, there was an additional part to the event. For those of you that are unaware, each parkrun has its own male and female points competitions. So we all headed over to Warlingham School to eat some cake and to be part of the annual prize giving ceremony.

Nicki took centre stage and told us a little about how and why the event was first started, then she moved on to the presentations. There were certificates for the top three male and female juniors. Then the top volunteers were presented with some very special personalised volunteering vests - including one for Lime (Matilda, baby7t), she was a bit overwhelmed by the noise of us all clapping, so she wasn't keen to put it on at the time. 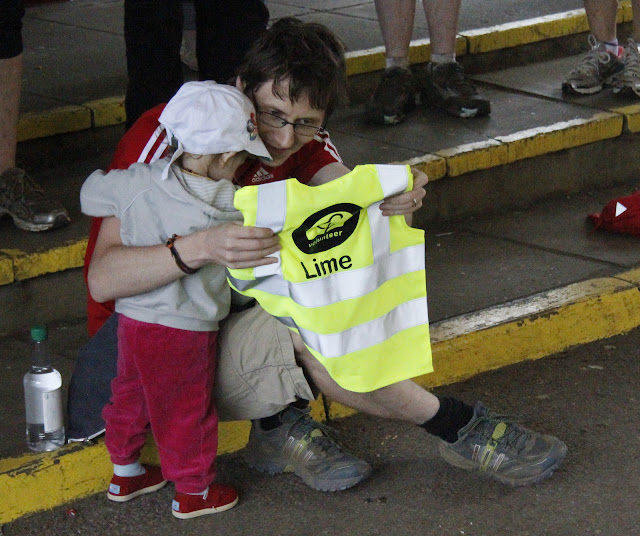 After the presentations, the runners - lead by Ange, made a few presentations to Nicki, Kaye and Morgan as a little thank you for everything they have done and continue to do for the event. 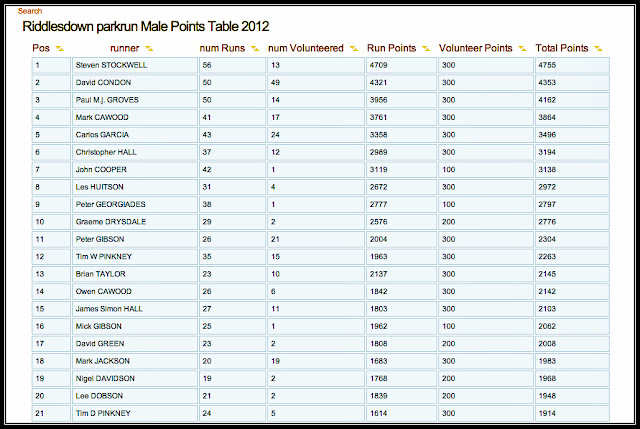 The points competition was never something I had originally set out to win. Initially I had just wanted to see how long I could maintain a streak at Riddlesdown. But of course, when you run every week you tend to build up a lot of points and when I realised that I was in with a chance I decided that I might as well stick with it until the end of the points year. 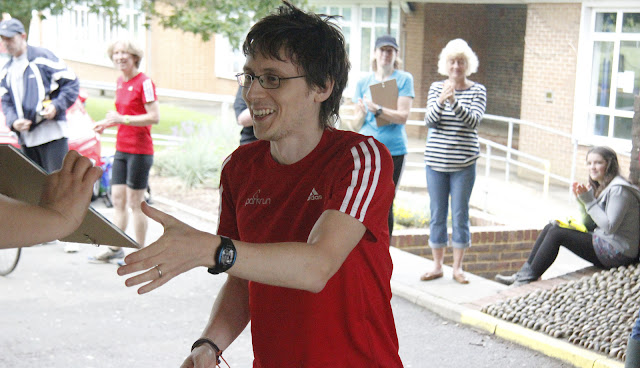 Now that the year is over I am taking a break to try to get over the last little niggly bit of my injury. When I resume running I'd like to go back to my original plan, which was to spend more time running at different parkrun venues. Although now that we have become such a big part of Riddlesdown parkrun that original plan isn't quite as appealing. 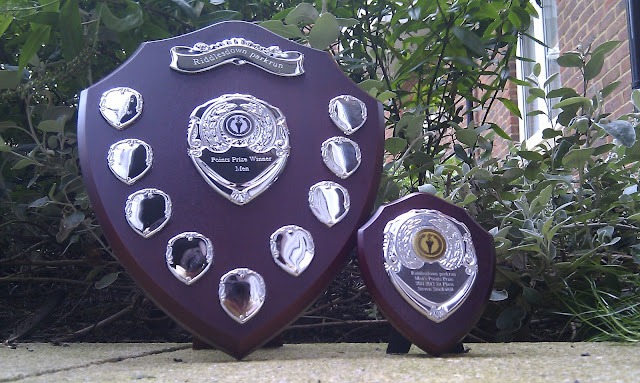 Here is a photo of the shields, at the end of the year the large one will be handed over to the winner of the 2012-13 points competition. The small one is the one I keep.