This event marked my return* to parkrunning following my month-long** break.

Earlier in the week I had run a few kilometres as a test and was left feeling quite down as my hamstrings were both sore during the run. The run at today's parkrun was primarily another test to see if the running surface was a factor in this whole hamstring fiasco. 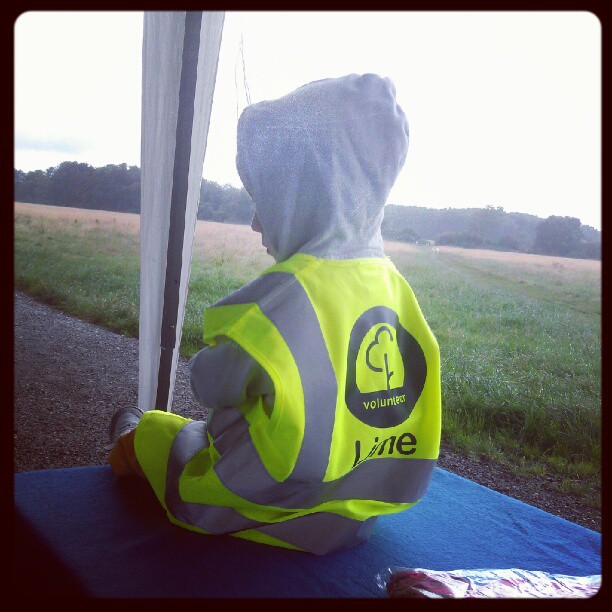 I left Mrs7t and Lime at the registration desk and headed off to the start line.

I started off really slowly and took six minutes to reach the first kilometre point, the legs felt ok so I increased the pace slightly. I hit the half-way point at exactly 14:00 minutes.

I maintained the pace as I worked my way around the second lap, but as I reached Condon corner I spotted the gang of alsation dogs (which always make me nervous) so I slowed down and walked and then paused for a few seconds at Condon corner until they had moved away. Once they had, I resumed running at the easy pace until I reached the end. 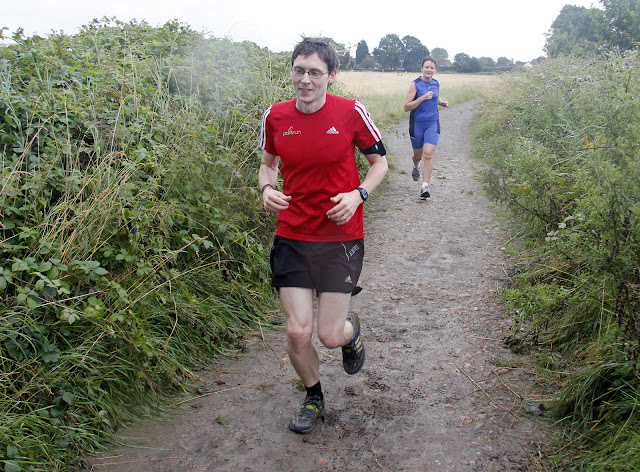 My time was 27:40. I was very pleased/shocked with my pacing skills! If I hadn't slowed for those dogs I could have been spot on my target time of 27:30.

The most important thing was the legs, and everything was fine. It feels like a mini breakthrough, although with quite an inconvenient outcome. It looks like I am going to have to avoid running on the roads/concrete and stick to grass or trails for the time being.

I plan to pop into Knole park, in Sevenoaks, to test out the surface theory further. I would run on the trails or in the park in Tonbridge but I prefer to stay away from loose dogs. Knole park has a dogs on leads policy.

* I actually returned to parkrunning a few weeks earlier at the Highbury Fields bespoke event.
** it was supposed to be a month but ended up being 23 days