There are five Saturdays in September 2012. I'm going on tour for the first four and then returning to Riddlesdown for the last one of the month.

The first parkrun I visited was Brighton and Hove, which is held in Hove park. The reason for choosing this venue is that we had decided that we'd like to watch the pride parade in Brighton, so as we were driving down anyway I might as well take the opportunity to tick this one off of my list. 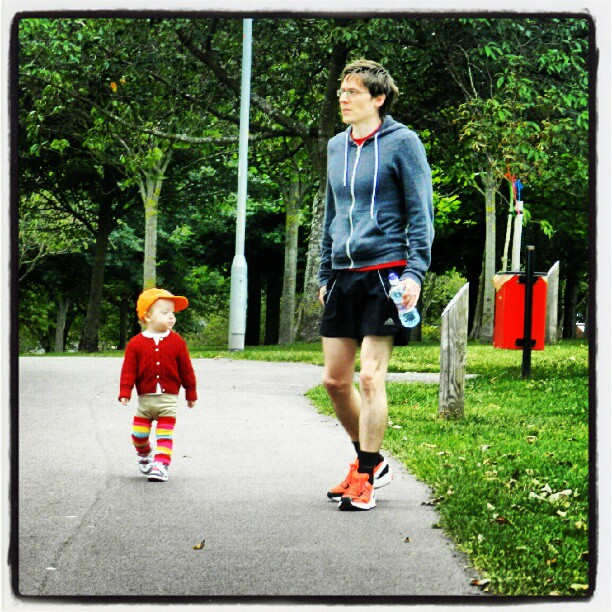 Parking near the park is very simple, there is ample on-street parking available. Depending what street you choose you could find yourself in a time restricted zone. The one I saw had a four hour maximum stay, which is plenty of time to cover the time spent at the run.

Upon entering the park you very quickly realise that this is a park that has sport at it's heart. You'll find tennis courts, table tennis tables, pull-up bars, an outdoor gym, football pitches, basketball court, and a big thing to climb on. You may not notice at first but the parkrun has a permanent start line and kilometre markers on the ground. There is also a playground and I left Mrs7t and the baby here while I did my thing. 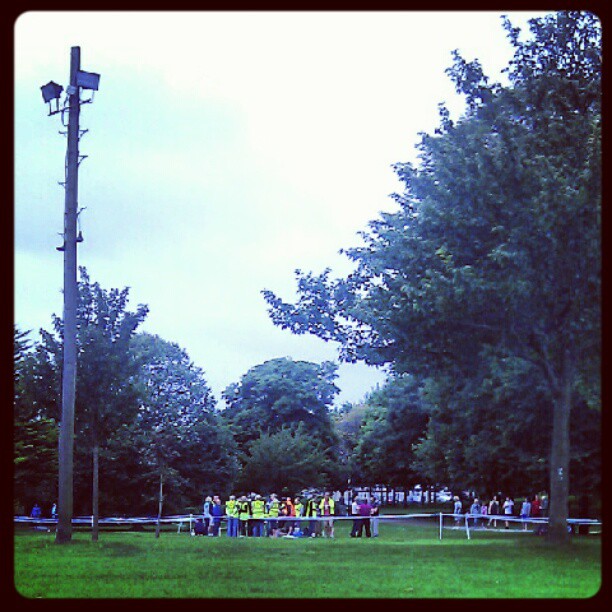 This is a much larger event than I am used to and by 9am 419 runners were ready to run the 5km course, which is made up of one half-lap and then two full laps of the perimeter of the park. It is run on the tarmac paths with the exception of the final few metres where you are diverted onto the grass for your grand finish.

I started fairly close to the back of the pack because by the time I had finished my warmup most of the other parkrunners had already assembled in the start area. The point of this parkrun wasn't to go for my best possible time but rather to sample another event. 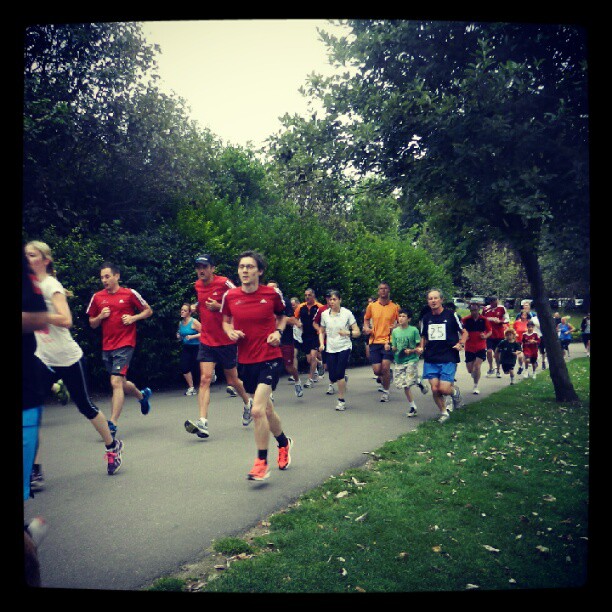 The course undulates slightly which is worth noting but not worth worrying about as it is all fairly gentle. At various points there were volunteers calling out times - because it was my first run here and because I hadn't noticed the km markings at first, I wasn't sure what splits were being called out but it seems that there was someone at each km point and someone at around 3.2km.

At the end of the run I filtered onto the grass and entered the long and winding finish chute. I was glad that someone was reminding us all to stay in order because I had a little sprint at the end and wasn't thinking straight. I collected my finish token.

This parkrun had three volunteers with scanners dotted around the finish area but once I had been scanned they didn't take the finishing barcode from me - they give it back and then I went to a small table and dropped the finishing token into the appropriately numbered tray. 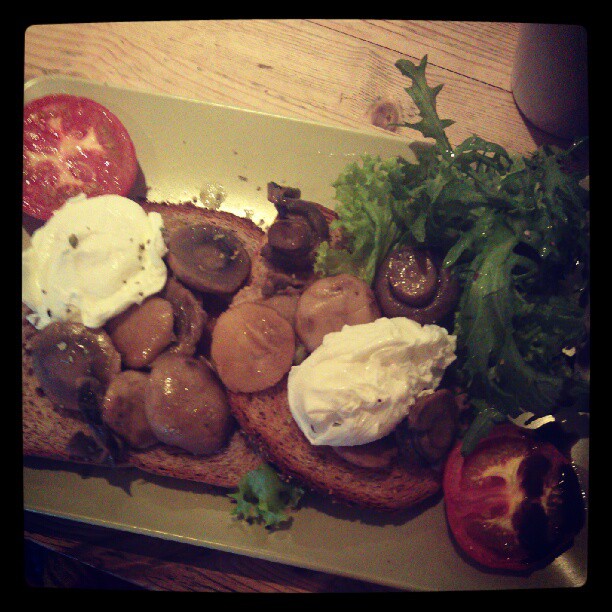 If my hand wasn't bruised and painful from a recent mountain bike crash ( injury update ) I would have used the pull-up bars and other assorted goodies to continue my workout for the day.

After that I found the ladies and headed back over to the playground for a while. About 45 minutes later we decided to pop into the post run cafe, which is very conveniently located right next to the finish area. The cafe has a small indoor seating area and also some tables outside. We went for the veggie voom breakfast, which was the best post parkrun breakfast I have had to date. It would have been worth the trip for the breakfast alone!

My blogs from the full set of Brighton and Hove parkrun venues:

Also, the full list of Sussex parkrun venues can be found here:

The Sussex parkrun venues
Posted by copy7t at 21:33