As I understand it, this how this parkrun was conceived.

Tottenham Hotspurs Football Club required a piece of land for their new training ground. Enfield Council had some that they could use but as a condition the football club would have to do something to promote health and fitness in the local community in return. I don't know anything about what happened in-between, but 9 months* later a bouncing baby parkrun was born - Its name is Grovelands. 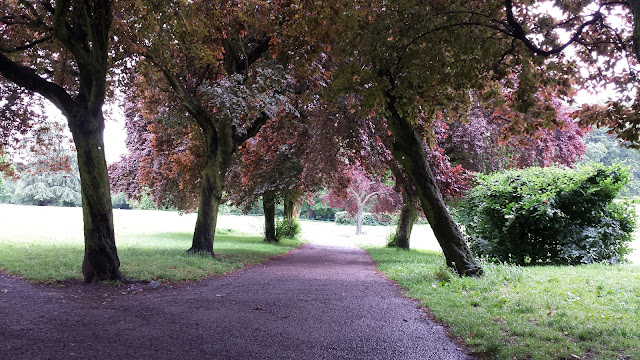 I joined the runners of N14 on a damp, drizzly morning. I arrived way before any signs that parkrun exists here became apparent, so I wandered around to see what the park was like. The first thing I saw was a pitch and putt golf course, and quite a few dog walkers. There is a lake right in the heart of the park and walking around to the far side of it I found the children's playground, toilets and the closed cafe. 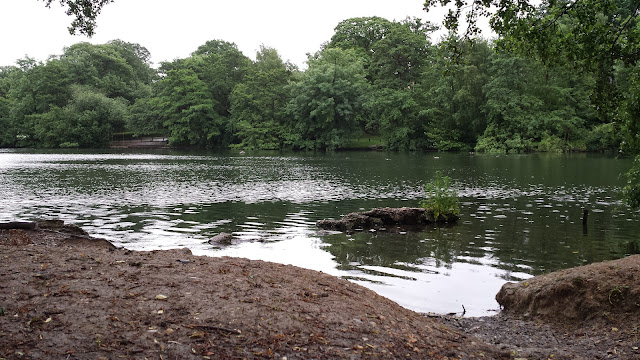 There is a mansion somewhere, but it is now part of a hospital and I didn't see it. I suspect it's behind some trees and probably a fence or wall. Passing the lake again I noticed a sign saying that a dangerous algae is present in the water so probably not a good idea to take a post-run dip. It's also supposedly home to a large number of terrapins. 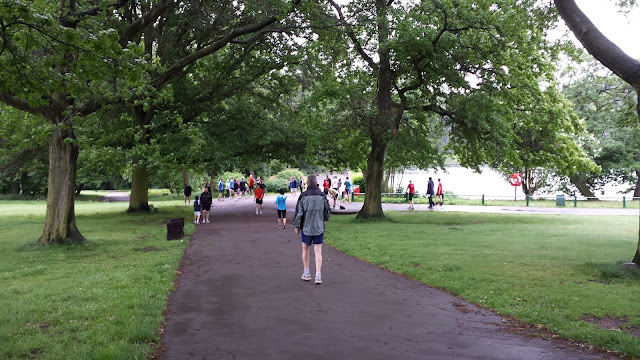 This is another venue that feels like a flash mob. Up until 8:45am the only parkrunners I had identified were a lady that was doing her first ever parkrun and a man that was a first timer at this venue but usually parkruns near Exeter. Navigation around the course is simple enough but there were no signs or marshals during my run so definitely worth checking the course map before running here. Saying that, unless you're planning on leading the field you'll have plenty of runners to follow anyway. 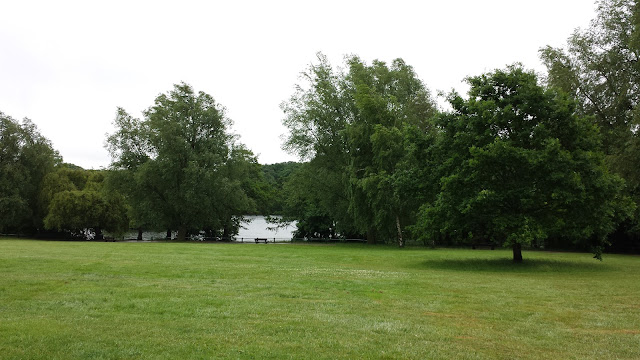 The course is officially described as undulating/flat, but after reading this blog post a few days beforehand I knew that this description was playing things down slightly. There is a hill which probably fills about a quarter of each lap (I'm guessing about 400 metres or so), it's not the steepest or longest you'll encounter in the wonderful world of parkrun, but it does go up and if you don't manage your pace it could bite you on one of the later laps.

Talking about laps, there are almost three of them. I'm going to say it's about 2.9 laps run in an anti-clockwise direction. Looking at the course map I'd say it looks a bit like a tadpole. It's all on tarmac so no need to ever consider anything more than road shoes, I decided to take my New Balance 1080v3's on their first parkrun outing. 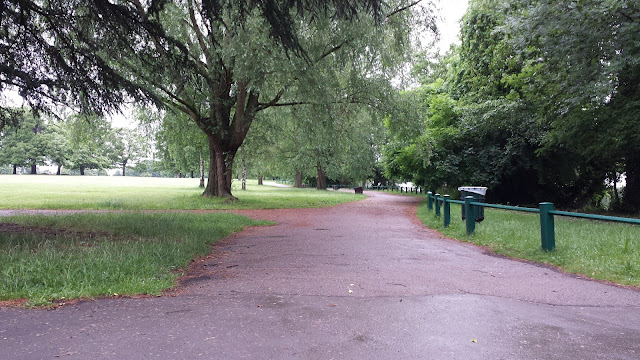 I traveled here by tube on the Piccadilly line to Southgate station. From here it's less than a ten minute walk to the park. If I had cycled (I really wanted to but I wasn't confident about successfully navigating my way through unfamiliar North London roads) I would have been able to lock my bike to the safety rail next to the lake, but I didn't spot any real bicycle racks.

Being an all-tarmac course it is definitely buggy friendly and I imagine it would be fine (assuming the incline isn't an issue) for any wheelchair athletes out there too. 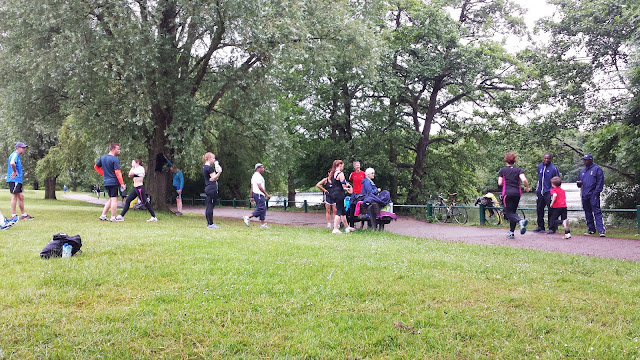 Sadly this venue does not currently have a post-run social gathering in place. The organisers are trying to fix this but the management of the park's cafe aren't keen to open so early in the morning unless a significant number of runners are going to attend each week.