For my visit to Gladstone parkrun I returned to my current favourite mode of transport - the bicycle! Although I'm not familiar with this area of London, the route from Westminster to Gladstone Park is fairly straight forward and involved using the cycle path through Hyde park and then joining Edgware Road (a nightmare of a road for cyclists) northbound before turning off just after Kilburn. If I had been in the mood for public transport I could easily have taken the Jubilee line to Willesden Green or Dollis Hill underground stations. If national rail is more your thing then you should alight at Cricklewood station. 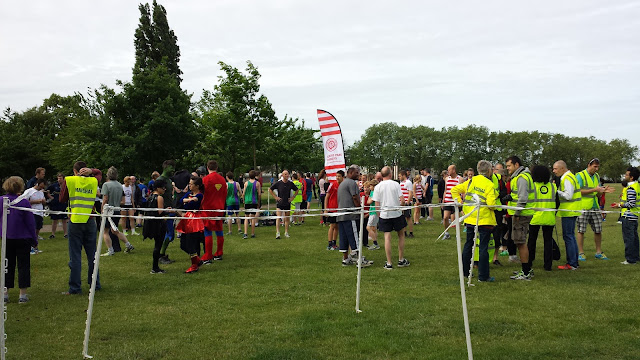 At first I didn't spot any bicycle racks near the start area but there are a few fences, benches, lamposts and trees that you could use to secure a bike to. Quite a few people arrived by bike and there were a few clusters. It wasn't until I had already locked the bike up and was warming up that I noticed a nice long set of bike racks right next to the community centre/cafe building - the downside is the racks seem rather secluded so on balance I felt more secure with my original spot. 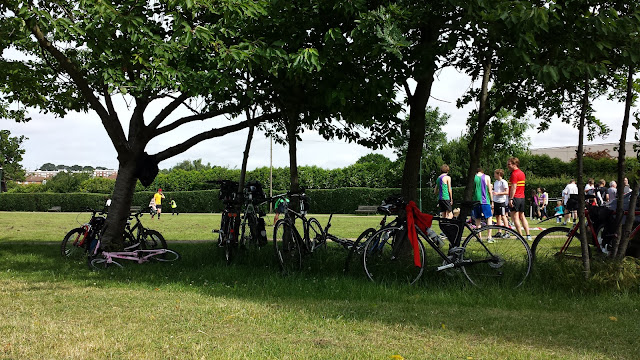 I specifically visited this venue on this date because it was their first birthday. While loitering around the start area I bumped into Vicky from Barking parkrun and the founder of parkrun - Paul Sinton-Hewitt. Before the run started the end-of-year presentations were made to runners and volunteers by the Mayor of Brent (not the mayor of London as some had been expecting!). The atmosphere was brilliant and I could feel a real sense of community. 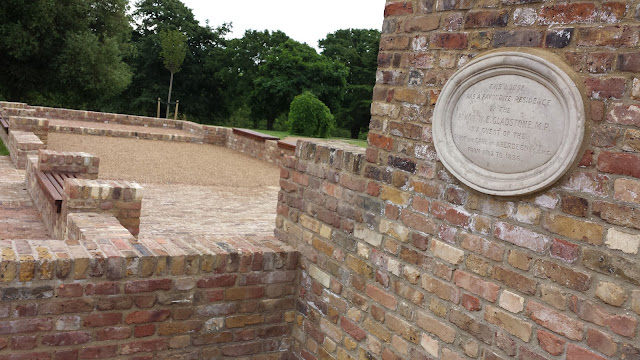 Gladstone Park was previously the grounds of Dollis Hill House, and was purchased in 1900 in order to create a new public park. The park is named after former Prime Minister William Ewart Gladstone, who often spent time here as a guest of Lord Aberdeen. 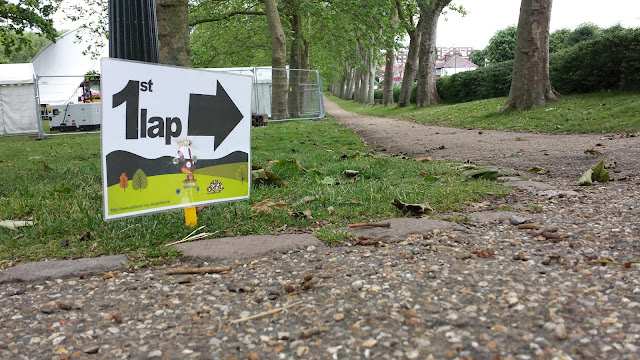 The park is divided into two sections by a railway line, which at present is used only by freight trains. The area to the South of the railway line is mostly used as playing fields but also has a playground and community centre - which is also a cafe and has toilets, however it does not open until about 9.45am. 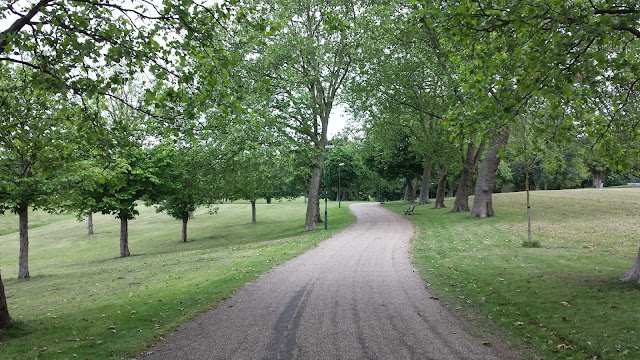 The south side is where you'll find the parkrun meeting point and start/finish area, and looking in the general direction that the run goes in you could easily be fooled into thinking that the course is pancake flat. Although the run starts and finishes here, the majority of the ground you will cover is in the northern section of the park which you reach via a humpback bridge across the railway line. 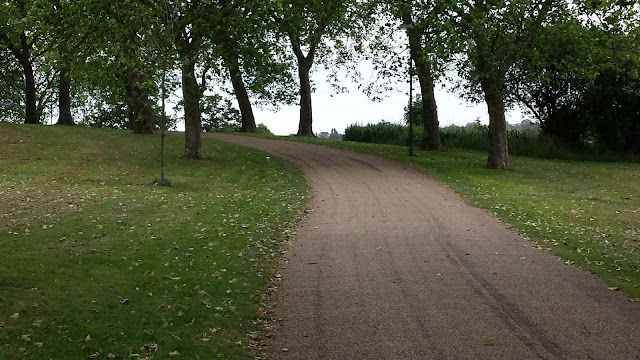 The northern section has been left in its 'original and natural beauty'. Here you will find the former site of Dollis Hill House (demolished in 2012 and replaced with a folly), tennis courts, some toilets (which were closed due to vandalism), a second playground, the car park (but for the purposes of the parkrun you'd probably use a side street closer to the meeting area), pleasure garden, duck pond, and a memorial to victims of concentration camps in the first and second world wars. 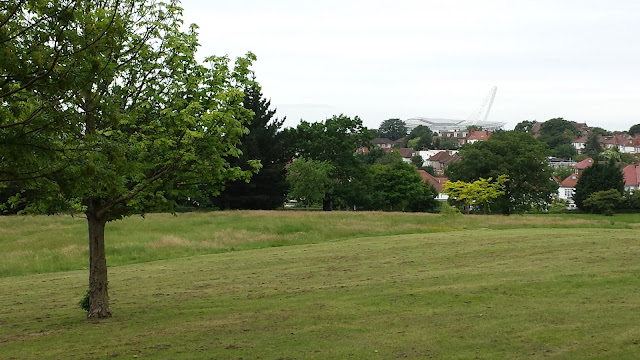 The course takes you on a roller-coaster ride along tree-lined avenues as you slowly work your way up to the highest point of the course where you can see Wembley stadium to the west, and apparently the London Eye and the Shard to the south (but I didn't spot them). The beginning of the second half of each lap gives you a brief opportunity to stretch your legs as the course gives back some of the hard work you have previously put in with a swooping downhill which levels out into a rare stretch of flat tarmac, then it takes it away again with another incline. In total I counted four ups and downs each lap - hence the roller-coaster feel. 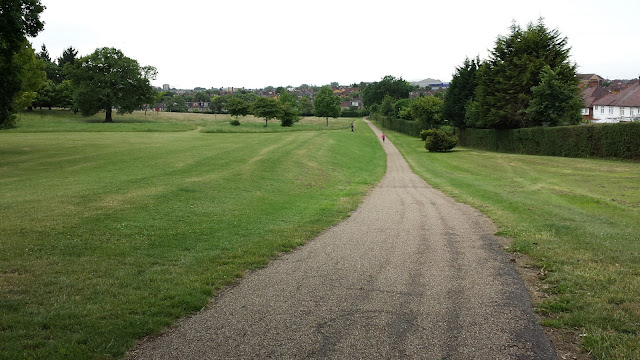 Two laps later you are free to return to the other side of the tracks where you retrace your footsteps until you reach the finish. I accidentally got involved in a sprint finish with one of the junior runners - I haven't run at that speed for a very long time and it felt good to let go. 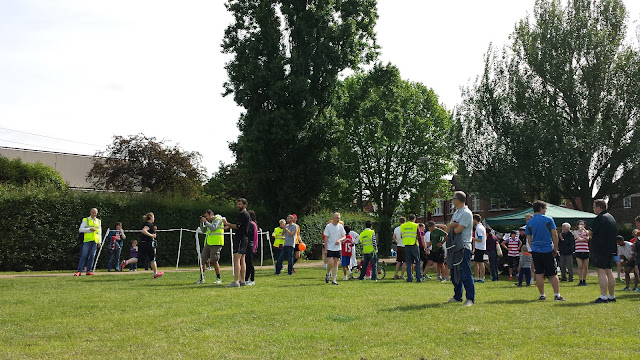 The northern section is almost completely run on tarmac paths - there is one 100 metre (or so) section of grass that you encounter twice. You also run on a section of grass during both stints in the southern section. Again I opted for my New Balance 1080v3 road shoes and they did the job nicely. The tarmac/grass split is about 90/10 in favour of the tarmac. The course is definitely buggy friendly, and on the day I ran somebody was running with a double running buggy (with two kids on-board) - impressive stuff! 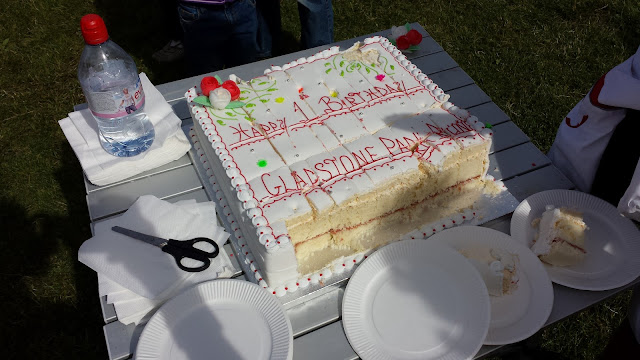 Anyway, it was a birthday celebration and of course that means cake. There was a beast of a cake and during the run briefing runners were instructed to take two pieces each - one slice was enough for me. Looking at the results I see that a new attendance record of 151 was set at the event - it's always a pleasure to be involved in the setting of a new record. The residents of NW10 are extremely lucky to have such a beautiful park and a brilliant parkrun on their doorsteps.