At first I wasn't confident that I could navigate the 20km's of unfamiliar roads that lead to Barnet, the borough that is home to Oak Hill parkrun, by bicycle and not get lost. However, I had spent hour after hour going over the route on Google street view so by the time parkrunday arrived I felt like I knew it like the back of my hand. 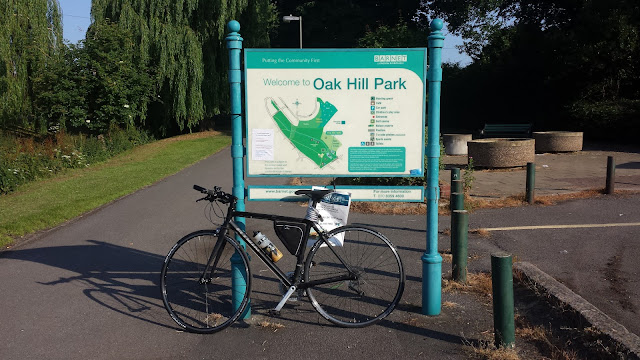 I arrived at Oak Hill park over an hour before the start of the event and decided to go and explore the course. Considering the name of the park, I was expecting the course to be really hilly. However, as a cycled around the course I was surprised to find that it isn't actually hilly at all. 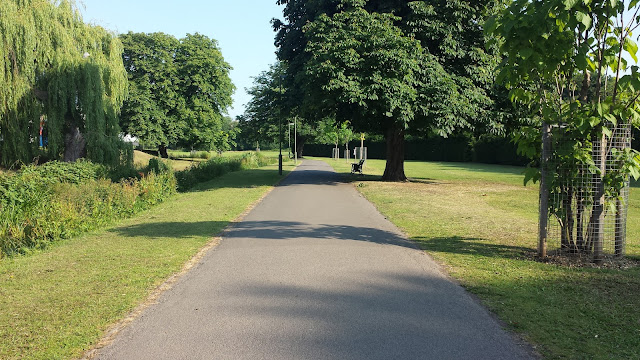 After my course recce I went to the meeting point/finish area and bumped into the day's run director, Rob. We had a little chat and then I wandered off to fine somewhere to lock up my bike (and to stop distracting him from setting up the finish funnel). 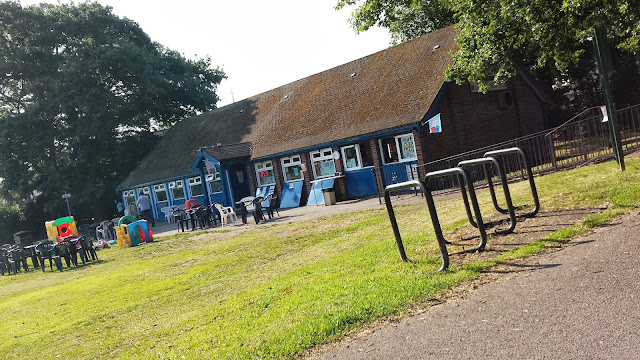 In fact I didn't have to wander that far - I locked the bike to one of many fences right next to the finish line. Another option would have been to use the proper cycle racks, but they are outside the cafe which is about 300 metres away. 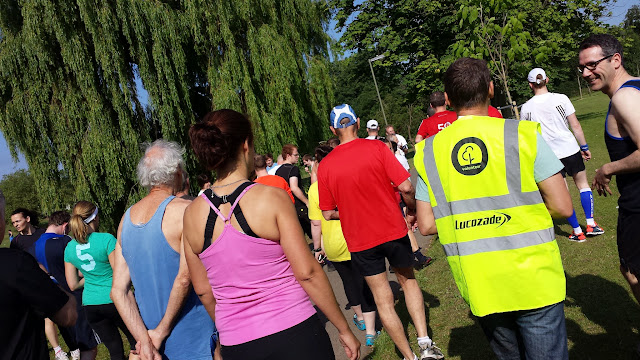 You can travel by car and park in the car park (next to the finish line) or on one of the side roads. If using the tube you'd be looking at taking the Piccadilly line to either Southgate, Oak Wood or Cockfosters (none of them are extremely close so you'd need to allow enough time to walk or jog to the park). The closest National Rail station is Oakleigh Park. 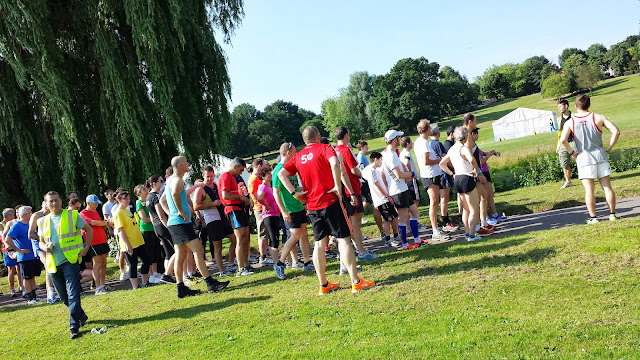 A few minutes before the start of the run, the run director leads the runners about 500 metres along the Pymmes Brook Trail to the start line, which unsurprisingly is adjacent to Pymmes Brook (a minor tributary of the river lea). The usual run briefing takes place and the runners are dispatched on their two-and-three-quarter laps of the western half of the park. 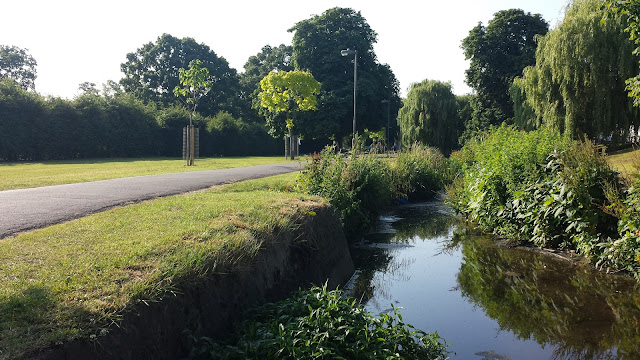 During my recce I came to the conclusion that the course was relatively flat. However, that was not totally accurate. While the course felt flat it was in fact ever so slightly undulating, so I ran the almost-flat sections like they were flat. By the time I was half way through the run I was starting to feel the effects - the bike ride beforehand and it being the hottest day of the year so far probably didn't help matters. 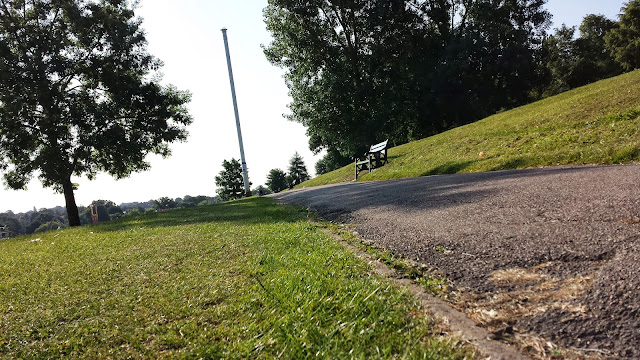 With the exception of the last couple of metres at the finish (which are on grass), the entire course is run on smooth tarmac so buggy runners will have no trouble on this course. And for the third consecutive week I opted for my New Balance 1080v3's. 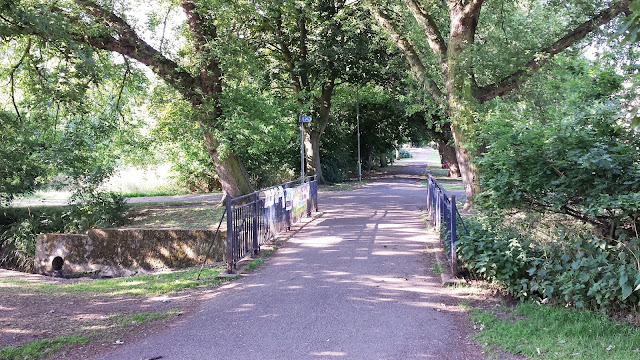 Facilities in the park include, a cafe (with toilets), tennis courts, outside gym, playground and golf course. The eastern half of the park is a nature reserve called Oak Hill Wood and as the name suggests is made up mostly of woodland and is home to all kinds of wildlife including Tawny Owls and Long-Eared Bats. 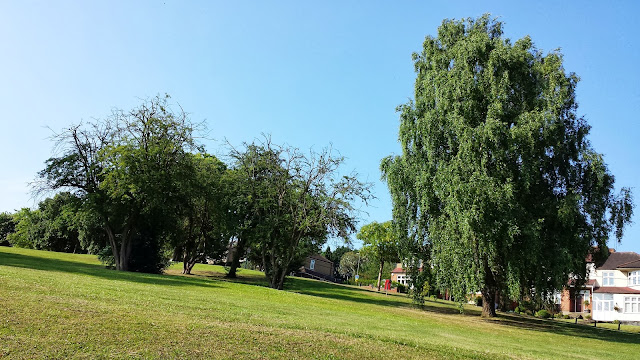 Once the run was over I had my barcode and finishing token scanned by someone I remembered seeing before - It was a guy called Reggie, who was also on scanning duty over at Grovelands a few weeks earlier. Instead of leaving straight away I joined a few of the runners and the run director at the cafe for a much needed cold drink (it was a really hot morning) and a chat before heading back down to the centre of London. 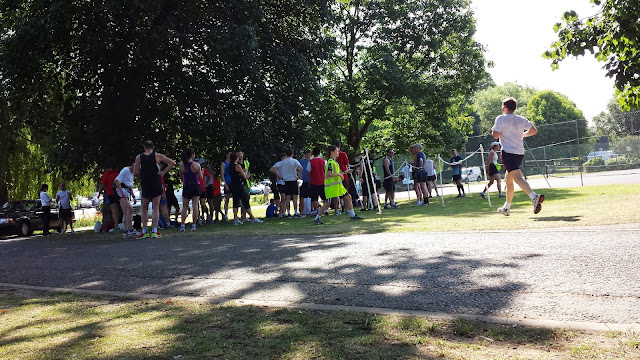 Yet again I managed to turn up to a parkrun and had the pleasure of being part of setting a new attendance record. For Oak Hill this was the modest figure of 75 runners, beating the previous record by two runners!

This course definitely caught me out and I think I'd like to run it again on a cooler day and with a bit more respect for those deviously mild-but-draining undulations to really try to understand it better. Overall you'll find a very friendly bunch of people here and a very pretty park - what's not to love?
Posted by copy7t at 17:22