On Wednesday 5 September 2013 I headed over to Southwark park to help out as a test runner for the newly formed team of volunteers at Southwark parkrun. I arrived pretty early and found the event directors Cat and Mike setting up the finish funnel. After saying hello I went off round the park to take some photos and to avoid distracting them. 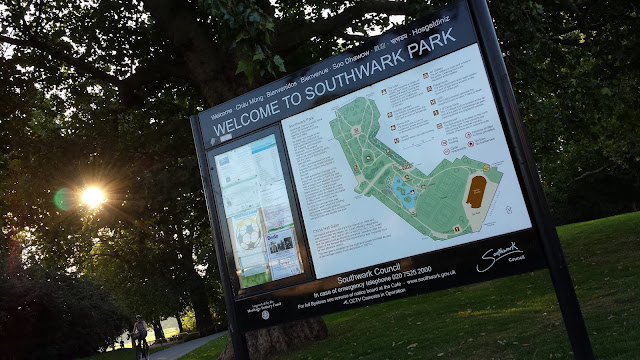 My wife, mum and daughter had met me at the playground in the park, and just before the scheduled run time I left my bike with them and went off to find the parkrun team again. They had just started a walk-round of the course and were taking advice from the 11 runners and event directors from Mile End and Burgess parkruns as to where they could position direction arrows and where they would need marshals. 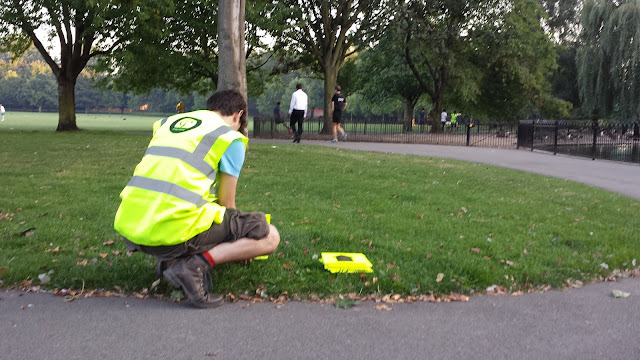 Once back at the start area we were ready to give the course a good testing, so with the test volunteers ready Southwark parkrun event 0 (can I call it that?) was started. I won't give a full course description in this blog post because that'll be part of the inaugural event blog post which will follow. What I can tell you is that the course is flat and it is all on tarmac - if you've checked the course map and seen the section that goes onto the grass on the far left hand side you can ignore it, it's definitely all on tarmac! 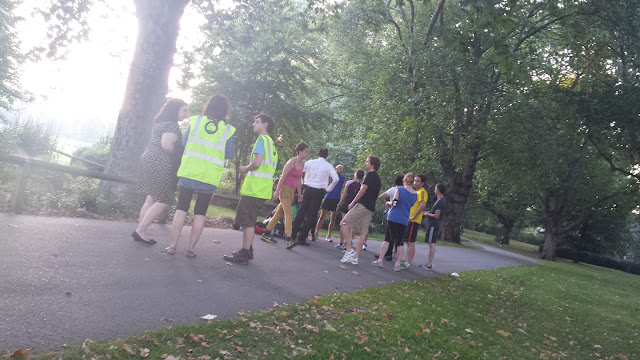 Do you know what happens when you mix flat and tarmac together? You get an extremely quick course! And although I didn't iniitially set out to run a fast time, I actually ran my fastest 5k since last year's Movember race in Battersea park and my fastest parkrun for almost two years, so I was well chuffed. 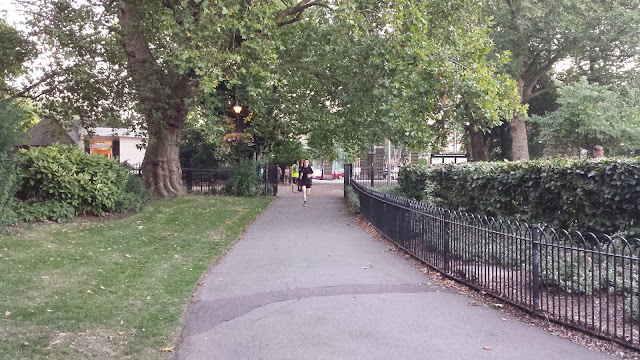 Even though it's not a race and even though it wasn't an official event you can't help but smile when you're given the first finisher position token as you cross the line. It's only the second time I've been handed that number token so it's still a novelty to me - I certainly won't be anywhere near that when the inaugural run comes around and the big boys and girls come out to play. Although as I got so close to running sub-20, I might have to have another go at breaking that magical barrier at the inaugural event! 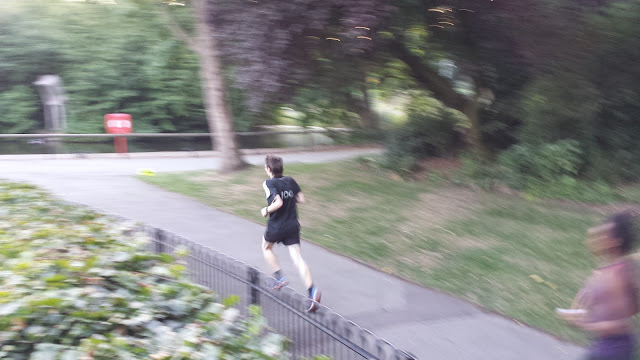 Post run the wife came over to the finish area with the bike as the park keepers were talking about locking the gates soon and wanted to encourage everyone to leave. It was at this point that I volunteered her as a marshal for the inaugural run. So she's going to get up bright and early and come with me to a parkrun - it'll be like the old days again! 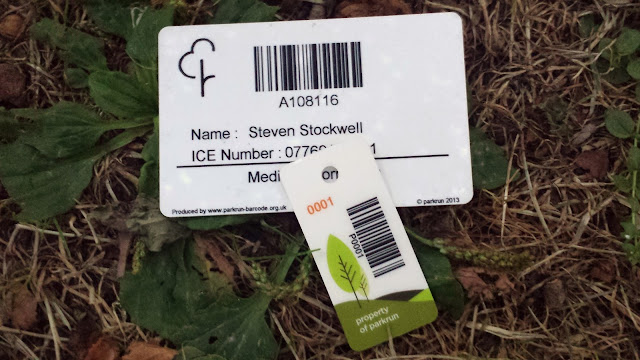 The park is looking glorious these days - a lot of work has been done here in recent years to return it to its former glory. So if you're not sure where to parkrun this Saturday morning and are in London, head over to Southwark park to welcome the newest parkrun venue to the family.