Please note: There is a newer (better) write-up on this venue. If you are looking for that, you can find it here: Maidstone parkrun 2022 visit


For some reason whenever I drive to Maidstone I have a bad experience. The ring road in the town centre drives me crazy and I simply can not stand it. So going to Maidstone parkrun should have been trouble free because in order to get there all you have to do is drive down the M20, leave at junction 6 and drive into the Kent Life working farm and park the car. No need to go anywhere near that dreaded ring road.


Just as I thought I was going to have my first decent experience of driving to Maidstone, I turned onto the M20 and was faced with the message that it was closed between junctions 2 and 4. No problem, I thought. I'll just leave the M20 and carry on along the A20. The problem was everybody else was forced to do exactly the same. So I found myself sitting in the longest pre-parkrun traffic jam I've been in for a very long time. Fortunately I always leave myself an hour of buffer time and I used up 30 minutes of it by sitting in the traffic. Arriving at 8.30am still gave me plenty of time to park the car in the spacious car park, get changed and get acquainted with the locals..


The parkrunners assemble within the grounds but outside the main entrance to Kent Life. Just find the pond with the geese and you're in the right place. From this point, I wasn't entirely sure which direction we would be running in. I knew that the course is an out-and-back along the river Medway, but I wasn't sure where it was.


Before we got started there was a 'new runners' briefing held by the event director, Donna Carr. As I quite often do when parkruns have this briefing, I joined this to make sure I knew everything I needed to know about the route. As this was the first saturday Maidstone parkrun of the year, the number of new year resolutionist runners was pretty high and she had a pretty big crowd. After this briefing the main briefing took place and I was summoned to the front to show the assembled crowd what parkrun give you after you have clocked up 100 runs.

There is a large gate which marks the start of the run and with all runners assembled, there was a countdown and we were sent of in search of whatever it was that each of us had come to find. In my case it was to experience the course, but also to have a test run on my foot which had started hurting earlier in the week. With that in mind I started cautiously and followed the crowd of runners down the path towards the river.


Once the runners have reached the banks of the Medway, they turn left and head along the towpath. Initially it is wide enough to cope with a bit of position jostling, but after a few metres the course narrows down and stays narrow all the way along the river. While it is narrow, you can definitely pass people, but if you reach a group of slower runners you are going to have problems filtering through. So if you are here to run it as a time trial it is crucial that you line up appropriately at the start and head off at an aggressive pace to ensure correct placing once you reach the narrower path.


This path takes the runners on a meandering journey along a very pretty section of the river. There are plenty of boats on their moorings and the only sounds are the breathing and footsteps of the parkrunners and the birds chirping away. Just after the 2 kilometre point the parkrunners reach the blue bridge, which must be crossed. Crossing the bridge involves negotiating the switchback path that takes the footpath up to the level of the bridge.


After crossing the bridge, the runners enter Whatman Park, where they run along to the playground, loop around it, and then return towards the bridge and start the 'back' section. It's now two-way parkrun traffic for a while (depending on your pace, this could have started much earlier) and any attempts to pass other runners need to be timed to perfection to avoid a head-on collision with any oncoming parkunners. 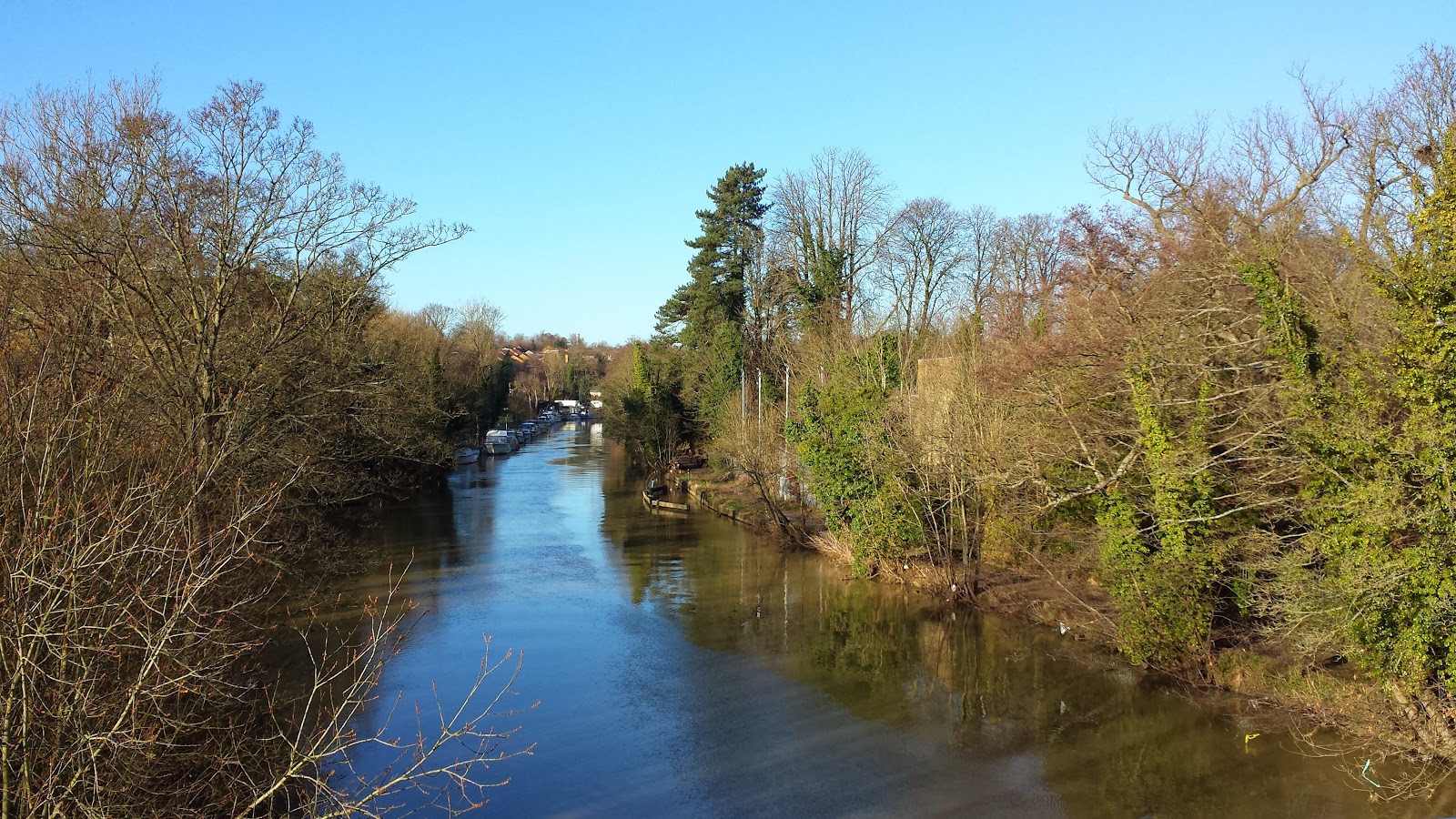 Once runners reach the end of the river path, they turn to head back towards the Kent Life centre. The natural assumption might be that the finish is going to be in the same place that the run started. However, it isn't. The runners run past the start line and into the Kent Life grounds, working their way past the tractor rides pick-up point, the Cockerills and the Alpacas before finally, via a slight incline, reaching the finish line which is conveniently placed right next to the wonderfully charming Dotty's Tea Room. This is where many of the parkrunners and volunteers gather for their weekly post-parkrun not beverage and chit-chat. The tea rooms also have a special parkrun menu every Saturday.

Apart from the switchback and the final last section leading to the finish line, the course is flat. Underfoot is mostly standard towpath footpaths, which in the winter are likely to be wet and a little muddy. There isn't actually any thick mud to wade through, so trail shoes are not required to get around the course. I wore my trail shoes because I don't like betting my road shoes dirty/muddy. In the summer it's definitely a road shoe course.

I spent most of the time post-run with fellow twitterer, James (@diamondlitefoot) who, along with Donna and the rest of the volunteers, made me feel extremely welcome. I'm already making plans to come back. Partly to run a proper time-trial effort and partly because I'd like to take my daughter for a day out in the Kent Life centre.


Other things you might like to know. There are toilets available before (and after) the run just inside the main entrance. There are also more toilets at Dotty's Tea Room. Travel options - car seems to be the easiest way to reach the venue. The train stations (Maidstone Barracks and Maidstone East) are just to the south of Whatman Park, so it would be an option to use the 3-ish-kms to the start as a warm up by cutting through the park and following the towpath.

On the day there were an incredible 218 runners and 46 first timers (plus 3 unknowns who could also have been first timers). I was the lone representative of the 100 club, so I'm glad I decided to wear my 100 club t-shirt this week, even though it did get a little muddy after running through the puddles. For the record, my foot was fine.
Posted by copy7t at 00:29