Wickford is a town in Essex with a population of around 33,000. The name of the town was first recorded in 995 as Wicford, and thereafter recorded as wincfort in the Domesday book - it supposedly means 'ford by a dairy farm'. The area, as you'd expect, was mainly agricultural until the modern day town started to take shape in the early 20th century.
There was a World War II military camp in the town, and if you go back even further there is evidence of a Roman marching camp, whose site later became home to a Roman Villa. The town is also known for its link to the naturist movement, in fact the first naturist club to be set up in UK, called 'The Camp' was located somewhere in Wickford during the mid-1920s - details of the exact location are a little sketchy as this kind of thing would most certainly have been frowned upon. 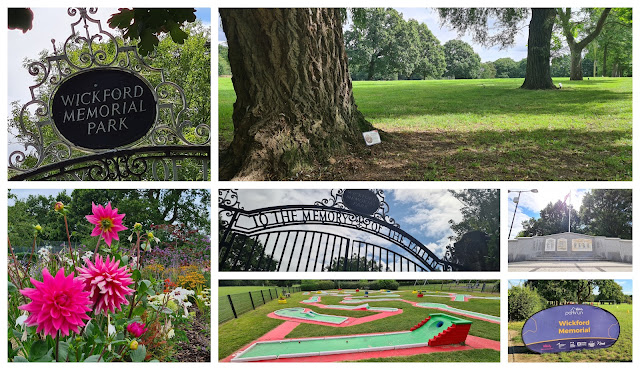 The River Crouch flows through the town and serious floods in 1958 and 1960 lead to some major changes to help prevent further repeats. This included straightening and deepening the river, and adding some concrete flood prevention through the town centre. As the river exits the town centre, it forms the northern border of the 80 acre Wickford Memorial Park, which was founded in 1949 as a war memorial to its residents lost during World War II, and this is now home to Wickford Memorial parkrun.
We visited on 14 August 2021 and parked for free in one of the three small car parks that service the park. It is recommended that drivers be considerate to local residents, so if the park car parks are full, they should park for free in the town centre and walk over to the park rather than taking up space on the local streets. If you travel by train, you can alight at Wickford main line station, also in the town centre, and the start area is roughly 1.7km away - perfect for a warm-up walk or jog. For those arriving by bicycle, I didn't see any bike racks, but there were plenty of fences that you could lock a bike to. 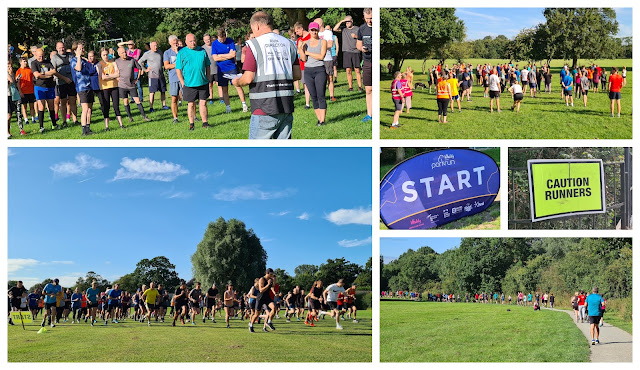 As the name suggest, the main features of the park are its war memorials. There is a stone memorial just outside the western entrance, an arboretum, the Avenue of Remembrance where each tree has a plaque in honour to a resident of the local area that gave their life in battle. The Friends of Wickford Memorial Park was established in 2020 and their efforts have transformed some of the previously neglected areas of the park. This is most notable in the beautiful Home Front Garden where there is a lovely flower display and a further 11 trees, each one dedicated to the 11 civilians that were killed during the war.
The park contains a playground, a bowls green, fitness equipment, tennis courts, basketball court and crazy golf (recently given a new lease of life by the Friends of Wickford Memorial Park). There are also several sports pitches (football and cricket) scattered around. There is a cafe which is perfect for some post-event refreshments and there are public toilets next to the cafe (bear in mind, the cafe staff have to open the toilets upon arrival, so if you are an early bird, you may have to wait for them - they were opened at around 8.35am when we visited). 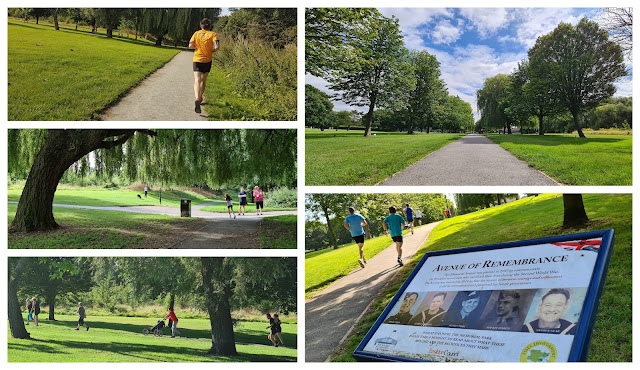 The main features of the park are all grouped together, so once you have found the playground, you can't miss the parkrun start-finish area, which is on the adjacent grass. The main briefings take place here before the participants and volunteers take a short walk northwards cross to the cricket field where the start line can be found.
The parkrun uses a two-and-a-half lap anti-clockwise course which follows the perimeter of the park. Underfoot is mostly tarmac, but there is a brief section on grass and some of the path on the northern edge of the park briefly changes to an older, less smooth surface which looks like it could get a little muddy and/or splashy during the wetter days.. The profile is basically flat but there is a slight rise when heading east along the main tree-lined memorial avenue. 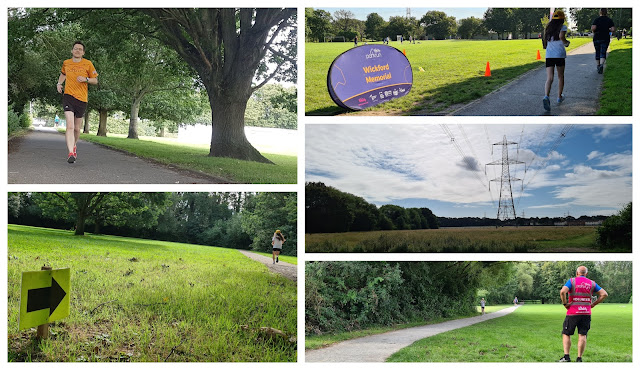 I would note that the northern section of the course runs adjacent to the river, which is largely obscured by trees, but there is a steep drop down onto the lower bank and the water in some parts. There's not really a great risk of slipping down, but I wouldn't stray off the path just in case. There's also quite a bit of tree cover on this side of the course, so if you are here on a hot summer morning, it does provide some relief.
With the two-and-a-half laps complete, you leave the tarmac path just after the playground and head into the spacious finish funnel. After collecting your finishing token you can visit one of the barcode scanners to complete the formalities before heading off for some post-parkrun refreshments. We did exactly that at the on-site cafe 'Huttons'. As the weather was so nice, we were able to eat outside, adjacent to the brilliant playground - the food was very nice by the way. 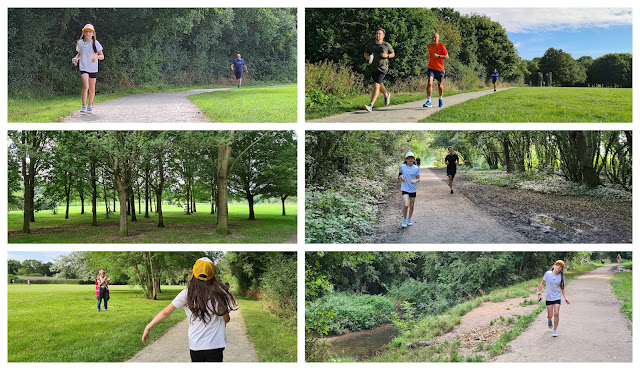 Our results notifications arrived while we were still hanging out in the playground and there were 137 finishers at event 7, this is lower than the current 181.1 average, but that figure is probably slightly elevated due to curious visitors during the first few pre-covid events.
For us as a family, the event was special as it marked my daughter's combined 100th parkrun (that is 38 5k parkruns and 62 junior parkruns). It was also her last 5k parkrun as an under-11, so from her next event she's free to take part without an adult accompanying her (although I think we'll continue to run/walk together for a while). With that our visit to Wickford Memorial Park was over and we left very happy that we'd had a lovely morning in this very pleasant park. 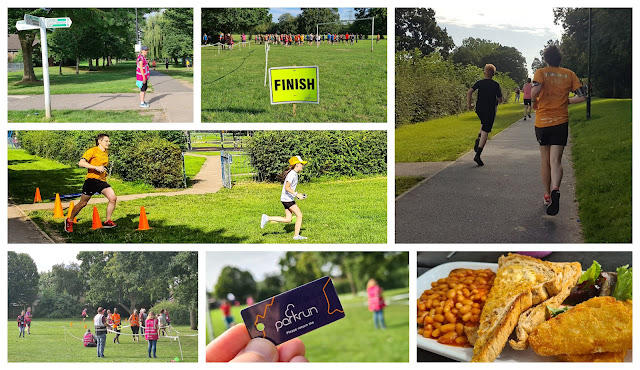